What does the Ten of Swords mean in a tarot reading?

The Suit of Swords, as in all suits, is a story of progression.

There are different levels of growth, opportunities for change that are presented to get you through the story from the beginning, middle and then to the end. The Ten of Swords is a culmination of all of the negative aspects of the Suit of Swords. Either you are just going through a cycle of having to survive through desolation or you have actively chosen to refrain from following the advice of those who know you in your life or even the advice presented in the cards or through higher source energy. Whatever the case may be, you are experiencing a really challenging cycle where you feel as though you have been utterly destroyed.

This card is symbolic of despair, of lack, a metaphorical death of an aspect of your life. This is usually the card that presents itself when you have been participating in something like a relationship that makes you feel victimized and instead of looking at the signs to get out of it when you had the time, you let it destroy you. Now you must figure out how to get out of this mess so that you can start anew in the form of the Page of Swords immediately following this card. Try not to be too discouraged: No matter how far we have fallen, there is always room to get up, brush yourself off and try again.

The image that is shown on the card is that of a person who has actually been pierced by ten swords. Up until this point, the swords were always present in the background or surrounding the individuals in the card, however these cards have actually thrust themselves through flesh to symbolize how deeply and integrally you are feeling this pain and this hurt. The sky above this seemingly dead person is black. This card symbolizes the defeat found in war, a disruption of home life as well as the ruin of plans or projects. Despite the violent imagery in this card, this is not a card of violent death. This is simply a card depicting the absolute end of something. Often times when the Ten of Swords is in your life, you feel as though you have been horribly and miserably abused, the end of this cycle is hard for you so the pain of the swords is how you feel.

One way to push through this time of your life is to spend a whole bunch of time giving. This may sound almost obscene given your current circumstances. But there is a need to rebuild in your life, and to do so you need to have a new perspective. You need to see that others may either also have it bad or maybe even worse then you. When you give over of your nurturing and compassionate self, not only does healing come faster for you, but you will be genuinely bettering the circumstances of those around you. This kind of fellowship and brotherhood, caring for your fellow man is going to help pick you up off of that metaphorical floor.

Remember that tomorrow always is capable of bringing new hope. You literally cannot fall any lower then you have fallen, and, in a sense, there is hope to be found there. Let go of the fears that have led you to this negative thinking, the ones that helped to create your conscious choice that things would not work out. Consider what the active role you played in this situation was and then seek to not repeat the same thought processes again. Allow yourself the freedom to learn from this lesson and to not get stuck in the same bad situation over and over again. Fighting pointless battles will never get you anywhere, so stop trying.

The lessons that you are learning at this time are going to move you closer to harmony, a balance between the material and spiritual things of the mind. Through living through this devastating experience to its unfortunate conclusion, you have been released and are allowed to start over, free of the old Karma. The old self is actually, metaphorically dead. You were killed as a result of your own thoughts. Consider the role of your creative mind and do what you can not to allow yourself to get stuck again. You have matured in multiple levels and from this point on will find that decision making that brings you toward ultimate emotional health will be easier to make than ever before.

The Ten of Swords in Love

The Ten of Swords only presents itself in a love reading when you have been completely obliterated by a love situation. You will get no more from this relationship, and you must start over. This is often a card that appears after a bad break up. You were so attached to the unhealthiness of your relationship that you had become accustomed to it, and you structured your whole life around it. It wasn’t a happy life, but it was a living situation that you perpetuated daily and so it became routine. The Universe knows that you simply cannot stay unhappy and unhealthy and it presents ways for you to get out of it, the Ten of Swords is this way. You would not listen to reason, so, the Universe had to pull the rug out from under you causing you to fall flat on your face to shake you out of your addiction to bad and unhealthy relationship pursuit. Now you must be grateful, allow for the change, and be alone for a little while to get yourself back on track.

The Ten of Swords in Health

When the Ten of Swords shows up in a reading about health, the news is not generally good. This often comes up as a result of accidents that have caused broken bones or other random injuries that make you feel as though you are completely inept and broken, as well as destitute. If you are not injured at this time, consider this a healthy warning to keep track of your thoughts so that you do not accidentally create room in your life to become injured. Take time to slow down, to relax, and to ponder your next move before making it. Do not get caught up in busy-ness and if there is anything that is making you feel victimized or frustrated on a consistent basis then you must treat this as a potential disease or injury, you must eliminate it from your life right away before you create something that you can’t get out of.

The Ten of Swords in Work and Wealth

The Ten of Swords in Work and Wealth is referring to a time in which you allowed yourself to mess around with your finances, jumping through financial hoops or making poor judgments or investments and now you are feeling the repercussions of this. You must start over again. You will find that your finances will not get better until you learn how to handle your money. Many of us gamble away our finances every month by using more credit than we could ever pay back and we find that every month we are doing a balancing act. And many of us can keep this up, however your balancing act is no longer working for you. This card cautions you to not make any more random purchases until you can feasibly put aside some money for emergency purposes and can afford comfortably with no guilt, to buy something else. Break the cycle and gain financial freedom. 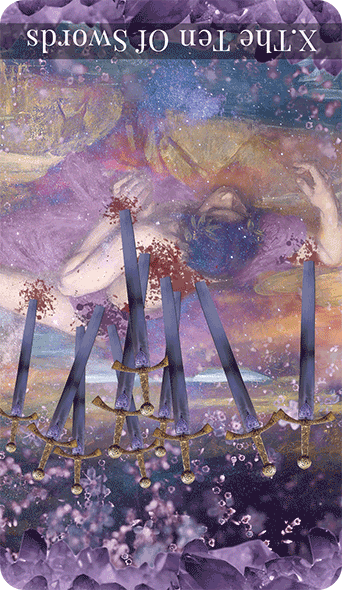 When you have received the Ten of Swords in the reversed position then you are going to be experiencing a time of overthrowing of evil forces. The devastation of the Ten of Swords is a passing phase and is cycling out of your experience. Now you are moving on to acquire some success and profit. You have begun to rebuild and have found the courage to start over again. 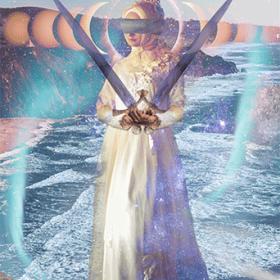 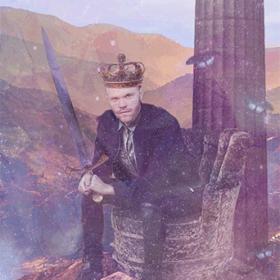 The King of Swords 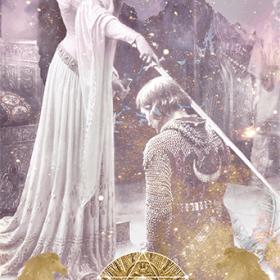 The Knight of Pentacles 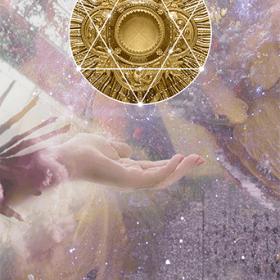 The Ace of Pentacles