What does a snake tattoo mean?

What does a snake tattoo mean? 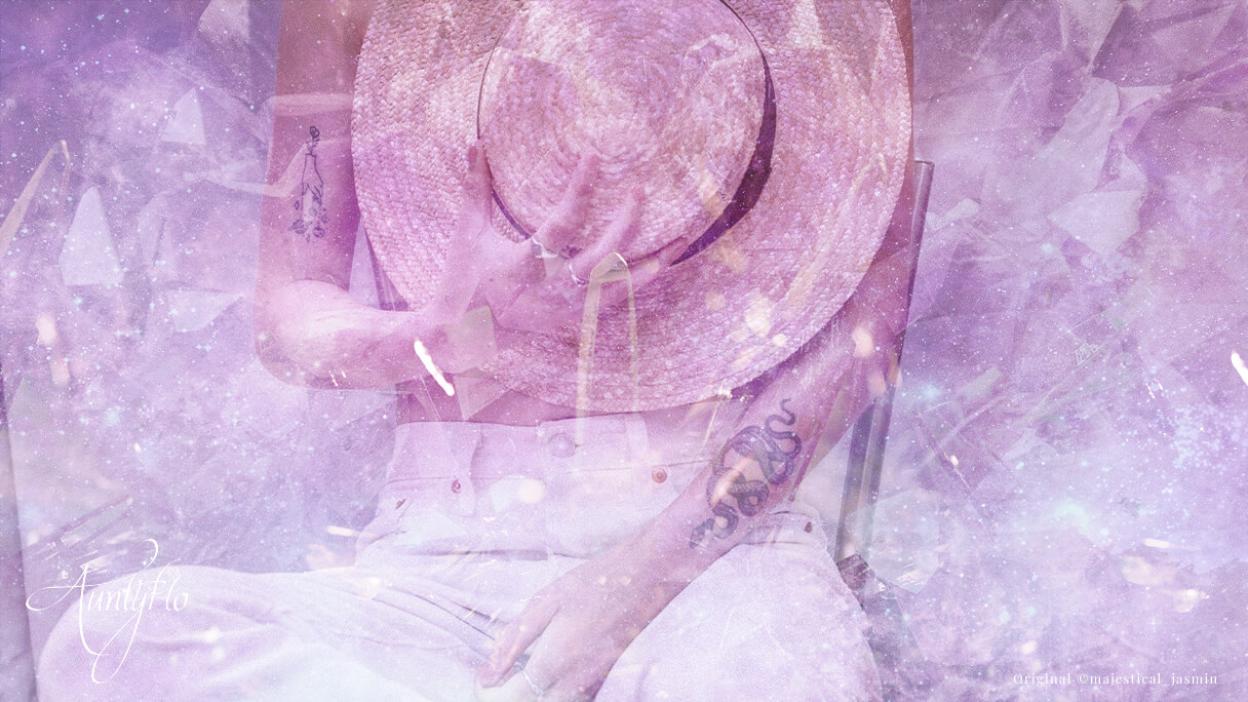 If you are thinking about getting a snake tattoo and you would like to uncover the spiritual meaning then I have it covered here. In life there are people that you expect to be there for you, sometimes the universe will put people in front of you that you need to fight against criticism. As in the bible Apostle, Paul gathered wood for a fire. He sat by the fire to be comfortable and after the storm of life, we need to get close to the fire. The snakes came out from the fire that Apostle Paul sat close to. Snakes only come out when you are close to them, this tattoo is all about protection and healing. When it comes to tattoo trends particularly snakes body art is great if you are looking for a piece of ink then consider the spiritual meaning of the snake.

For a long time, the tattoo of a snake has been a style proven to be attractive in the industry of tattoo, in fact for years! Whether you end up mixing a few snakes with skulls, roses, and knives in the style of cool American tradition or even utilize the snake patterns in an elaborate floral way this all has spiritual meaning. Combining the snake tattoo with a feather, mandala, phoenix, moon, or tattoo art geometry, they are an element which tends to be supple and full of symbolism.

Is a snake tattoo good or bad?

Though there are times when they hold a negative symbolism, most of the meanings are positive in different cultures throughout the world. When it comes to their representations, they come with various aspects from the realistic tattoos, which are zoomed-in, all to the ones which are gentle in the minimalistic line work.

Over time, worldwide, the snake has been able to play a vital role in humanity’s imagination, and on the part of being a symbol, it is potent as poison. Like with any other symbols, the tattoo of the snake is a representation of all the snake's attributes and traits that include secretive, sinuous, sneaky, sleekness, and seductive.

Snakes represent a majority of things that are powerful symbolically and psychologically, and an animal spirit and life symbol, they tend to be powerfully evocative. If you are out looking for snake tattoo ideas, I have many pictures below from the famous tattooist that you can browse through.

Historically, the snakes have been linked to various meanings symbolically, which are both negative and positive. Snakes hold a substantial symbolic value in the ancient culture numbers and play significant roles in ancient history, mythology, legends, and religious context.

Serpents or snakes are believed to be among the oldest symbols used in mythology, art, and religion. In the Egyptian iconography, it appears,  in the bible, the serpent is an important symbol.

Throughout history, the snake has always been portrayed as symbolic of  evil, but on the positive, it has also been viewed as virtuous and in a good light. Good or evil, the snake is mighty universally.

Snakes are some of the animals which have been misunderstood in the universe.  Though some of them are dangerous, most of them are very harmless to humans.  In most instances, they shy away from human contact. If a snake bites a human being, it is generally because of self-defense.

Depending on your culture, there are places where a snake is viewed as a friend or foe, symbolic of  death or life, which makes it a truly dualistic element.  Before the fear of snakes engrossed people,  most people considered a snake as protectors and creators of humanity and Mother Nature.  Most of the examples of snake gods in the old civilization bring out that aspect of the snake, with the artifacts showcasing exactly that.

Before the Abrahamic religions, snakes were viewed positively. For Christians, snakes are seen to be dangerous, animals that bring trouble wherever they are found because they are seen as the devil in disguise that tempted Eve while in Eden's garden.

Since some snakes are very poisonous, they tend to be respected. In most of the myths, the snake is symbolic of the dark underworld forces. In some cultures, snakes tend to be connected to knowledge and wisdom, such as in the mythology of the ancient Greek.

A snake is a knowledgeable animal and knows that when it hunts, patience will pay off. Their habitat is in darkness and comes out before it is dusk. Most of the snake bites happen before it is dark.  In some African cultures such as Nigeria, the rock python is seen as being very sacred, and killing is prohibited. In the myth of the Eastern Indian, the Sanskrit word used for the snake is a naga associated with the water element.

In this perspective, Nagas is associated with the feminist aspect and embraces nurturing wise qualities. To date, the Hindu understanding is that all the Nagas have to be protected as they protect water sources.

Most of the symbolism connected to the snake is symbolic of  rebirth, immortality, or change and is normally drawn from the snake's properties of having to shade its skin. Historically, snakes are a representation of creative life force and fertility.

Because they shed their skins, they are symbols of transformation, healing, rebirth, and immortality.  In ancient mythologies, snakes symbolize wisdom, knowledge, patience, and fertility.  In many cultures, including Africans and Native Americans, snakes are considered to be very sacred.

Every snake tattoo does have a story behind it

Whether evil or good, the snake is a powerful symbol, and it is a reptile that has been evolving since the dinosaurs’ age or, if you are religious, since the event in the Garden of Eden, together with the ravens.

Native American Indians do link the rattlesnake with lighting and rain. They have the belief that snakes played a significant role in the creation of the planet. The snake has both feminine and masculine qualities. As a tattoo, it can be worn by both women and men. In native Americans, if a snake shows up as your spirit animal, then it means one of the following

The meaning behind a snake tattoo is vast, both negative and positive. It could mean any of the following:

The above meanings could be associated with a dream where you see a snake tattoo.  But at the end of it all, your tattoo of the snake will be a representation of what you want it to be. It is best to ensure that you carry out your research when choosing a symbol for a tattoo. You must understand the representation of the tattoo to you and those around you.

Why choose a snake?

A snake is a predator animal, with some breeds having very deadly and powerful venom on the planet. It is what has shaped the meaning of a snake being dangerous in the Christian-Judo cultures.  Another meaning of a snake in the Christian perspective is sin and temptation, relating to the bible stories regarding the forbidden apple in Eden's garden.

But across other cultures, the snake is symbolic of  creative life force and fertility because of that part of the snake ‘s phallic shape.  The snake's ability to shed its skin is interpreted as symbolic of  change, rebirth, healing, and transformation.

The image of a snake busy eating its tail, referred to as Ouroboros, is an ancient symbol that originated in Egypt and can represent rebirth after the death cycle. It is symbolic of the changing life seasons and the universe’s cyclical nature.

There are two symbols in medicine that have a snake on it; one is the Rod of Asclepius, and the other is the Caduceus. The symbol of caduceus has a short staff that is entwined with two snakes, at times with wings. The Rod of Asclepius is one that has a single snake. In 1400 BC, the Moses of the bible utilized the bronze snake erected on a pole in curing those who were bitten by a snake in the wilderness.

What each snake symbolizes?

Various snakes have different symbolism depending on the part of the world’s culture. They have considered some of them as symbols that are very strong for indigenous people if they appeared in dreams as totem animals.

With the rattlesnake is commonly referred to as a rattler, and it is symbolic of fertility and potency. With a strike that is as fast as lightning, it is at times associated with the rain as the rain is known to enter the earth, bringing forth life. With the rattle is also symbolic of  transformation and death because its virulence can turn one near death into life.

The cobra snakes known to be the most poisonous are seen as more sacred and the largest snake that is venomous in the universe. In India, the cobra is sacred, and the indigenous people used it as a totem.  It symbolizes power, and other myths narrate of it as a sheltering god Buddha from the sun whenever asleep. In Egypt, the cobra represents various deities in ancient history, and the Cleopatra is associated with it. Still, it is believed that she utilized the cobra’s venom to end her life. A cobra that was found in Tutankhamen’s tomb was believed to be a protector.

Considered to be a treacherous snake, the viper has a various symbolic attachment to it depending on various aspects:

In most religions in Africa, pythons are a representation of something revered and sacred. In Nigeria, it is known to have such strong religions and beliefs. In such areas, it is prohibited to kill a python. If you happen to kill it, then it attracts a very serious penalty. The snake that is killed is accorded a  rite of human-like burial.

Placement of tattoo of a snake

Snake tattoo is a versatile tattoo idea that depends on its size. It can be placed on whatever part of your body. If the snake tattoo is small, they are placed mostly on the neck or even on the face. The eyes of a big snake are normally placed on the shoulders or biceps.

Some very large snake tattoos such as pythons are used as an inspiration to do an entire snake tattoo, which can span from the ribs down to the feet. Tattoos for Japanese are normally done as a whole back or sleeve piece.

The snake tattoo's versatility has shown that it can be placed on a finger, with a small line being a representation of a serpent.

Symbols of the snake tattoo

You will need to consider the name of the person you are so engrossed in the snake tattoo dream. It could be that they have a very special meaning or they are now becoming very important in your life. If it is an ex, there is a possibility that they have changed the way you look at life in general.

From the above, it is evident that a snake tattoo is symbolic of several things to different cultures, traditions, and religions.