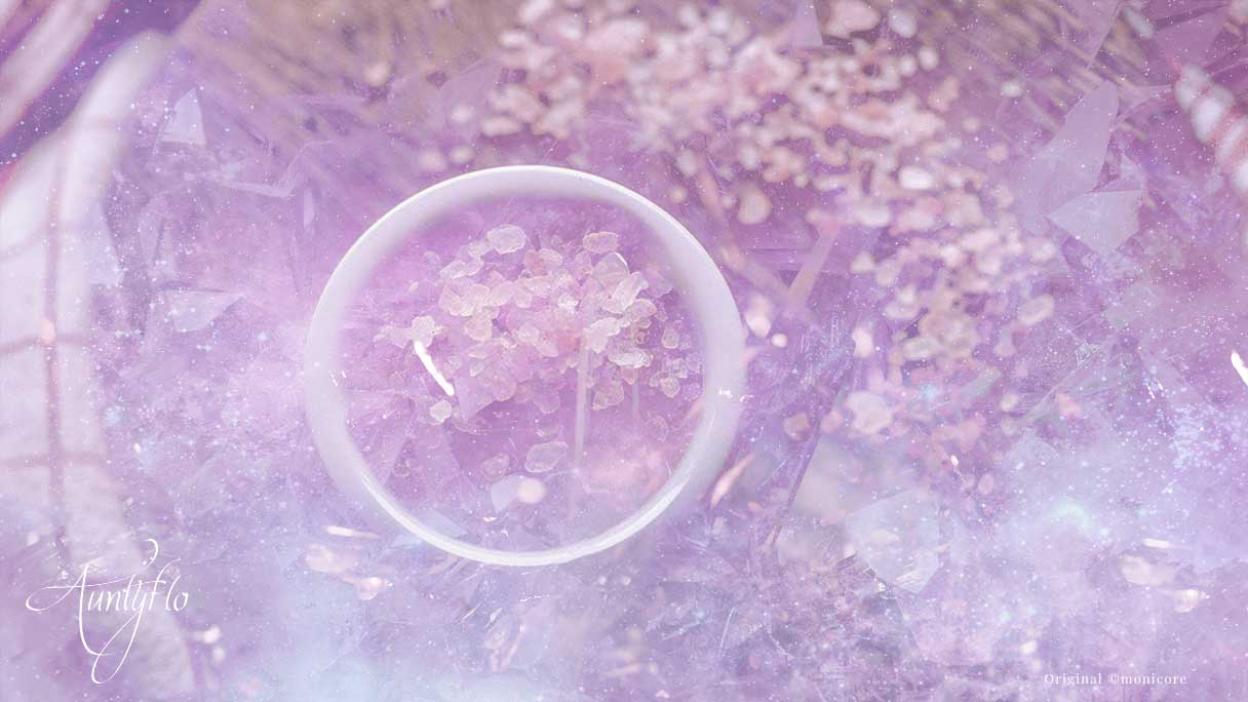 Salt has been a valuable asset for many years.

Whole economies have been built on salt, plus wars have been fought over it. Salt has long been used in magic work for many years as an aid for protection. A common superstition is that if one spilled salt this can lead to the arousal of evil spirits which in effect would lead to their agitation. There is the belief that if an individual spilled salt grains, there will be the same number of teardrops. Unless one had thrown the salt over the left shoulder the person will remain unlucky. To remove this ill luck, one must pick up a pinch of salt is spilled, then proceed to throw this over their left shoulder to remove bad luck. This is a European superstition where the roots lie in Christianity. It is thought the Devil or Demons resides in the left side of our body, therefore, throwing salt over the left can remove bad luck. Here I am going to provide you with more information on this famous superstition. Salt in occult and Wicca terms has long been used as protection and healing.

What is the origin of spilling salt superstitions?

Now I have established that spilling salt is considered negative, the Romans are the ones where this superstition originated. Spilling salt was considered calamitous. The Roman priests were known as dire and they held many superstitions including spilling wine, sneezing and finally spilling salt. We need to remember that in those days (the 1700s) people had salt cellars in order to preserve salt. At dinner time a box was taken from the saltcellar and this was known as an “ancestral salt-box” the box itself was associated with being stable and domestic happiness. Romans believed that salt was a high prize and would use this for medication and seasoning food. The spilling of salt was seen in Leonardo da Vinci’s painting “last supper” where Judas spilled the salt on the table which resulted in the betrayal of Jesus. In history, there is little evidence to show that “salt” was actually spilled during the last supper. In the painting, there were 13 guests and spilled salt. Thus, these omens were considered unlucky by the Romans which has filtered down to our modern day. See the famous painting below. 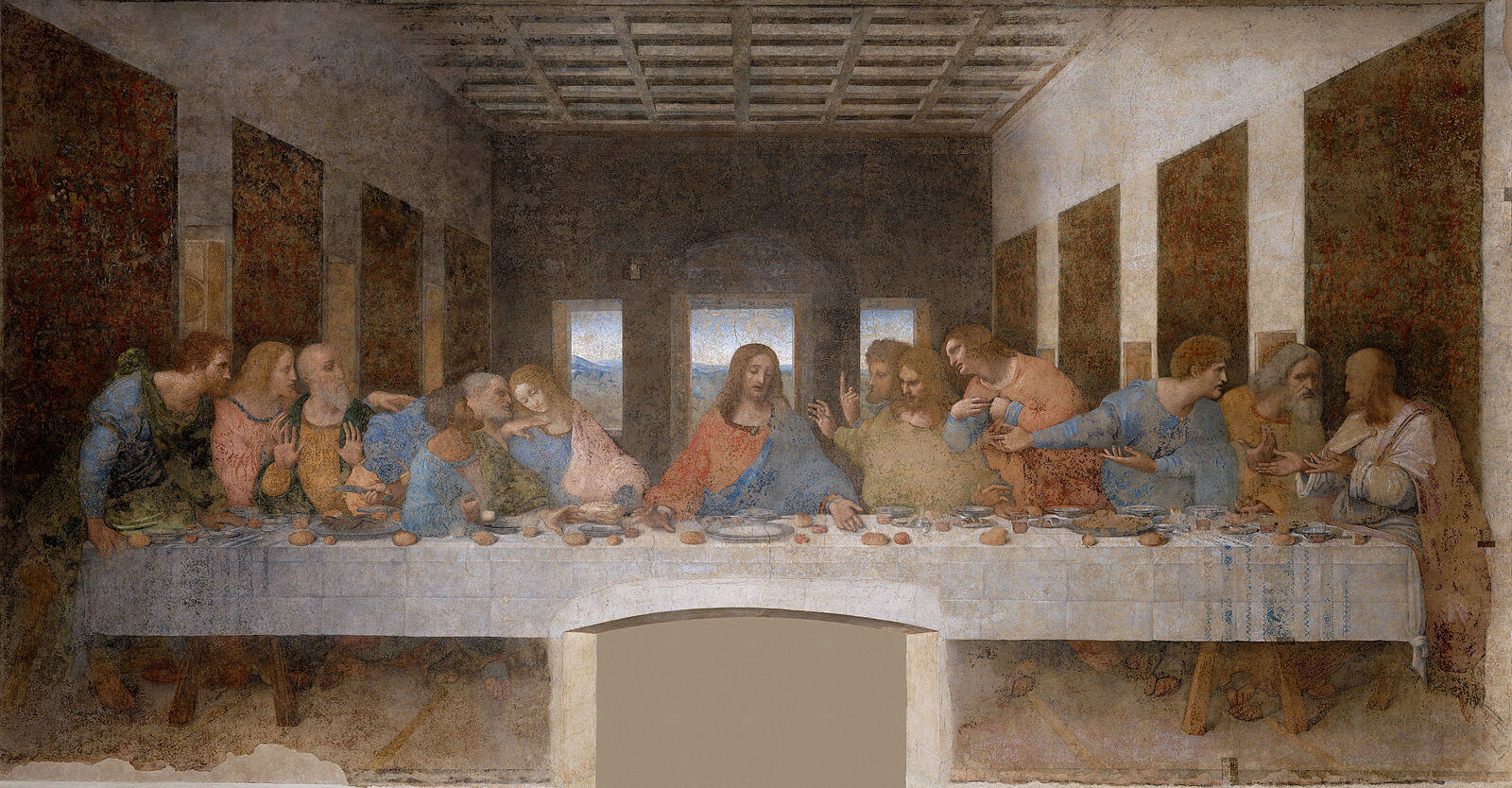 What about other superstitions that involve salt?

It is unlucky to not have salt in the house. There was another superstition that you should keep salt under the carpet to ensure luck. In the 1700s there was a superstition that said if you spilled salt then make sure you heat some on the stove in order to have good luck. Spilling black pepper indicates a conflict. In Scotland, to spill salt is considered an argument will occur as long as you throw some over your shoulder then you will not have the quarrel. Borrowing salt was also considered bad luck. In Wicca, it is believed to put salt over the doorstep to protect against evil.

Salt in ancient times was valued, the Egyptians used salt for mummification. The Egyptians used salt to act as preserving mummies, in the act this can be traced back to many years were common salt was mixed with other natural impurities in order to ensure embalming. Salt essentially destroys any nutrients and also preserves. In Germany, in ancient times salt was considered to represent friendship and also protection. Spilling the salt in Germany was considered good luck to friendship salt has often been linked with good health.

Why do we believe superstitions?

Only yesterday I was making some spaghetti bolognese and adding a touch of salt to the pasta. Unfortunately, I did spill the salt and I automatically tossed a pinch over my left shoulder. I can’t really tell you why I did this, but this whole scenario led me into thinking about the reasons. I think it is important we understand the main superstition interpretation the spilling of salt can be seen in the Christian last supper painting showing a salt vessel that is knocked over in the picture, but as I outlined above there is no evidence of this.

In our modern world, this superstitious behavior is not so prominent. For instance, if you are with somebody who is extremely superstitious they could be anxious that they have spilled salt. They might ask "are you going to throw that salt over your left shoulder?" The response might be “yes” even if you do not believe in good or bad luck. It’s quite interesting the amount of emphasis we place on superstitions in our general day to day life. If you don’t throw salt over your left shoulder something bad transpires? Can we as a society take all the superstitions as a pinch of salt? Excuse the pun!

Salt is a domestic substance in that many people who practice magic believe it is protective in nature. Salt will come in many different forms such as table salt, sea salt or salt rocks. In occult and Wicca terms salt is often used for protection and also purifying. In hoodoo, for example, salt is used in many powders and washes. It is also connected to breaking and preventing catastrophes. In the occult field black salt is often used to dispel evil spirits, especially in curse work. This is where normal white salt is blended with charcoal or ash. Alternatively, people mix black pepper with the salt in order to gain a positive result. Black salt in hoodoo terms is often used to remove any negativity from a home, especially if somebody entered you do not wish to return. A bowl of salt in water is often put under the bed to prevent bad dreams. Salt in cleansing and protection work has been used for almost 3000 years. Additionally, in some older texts, I read that spilling salt can imply that travel is near, but only if one spills salt on the floor.

My final thoughts about this superstition

What generally happens is that we do comply with the spilling salt superstition. Can a few grains of salt create such destruction? If you are looking at this from a logical perspective then I would tend to say “no,” The reason society tends to believe in superstitions is that we need to prevent negativity into possibly encounter it. Looking at this superstition logically, spilling salt may result in bad luck is really part of our cultural fabric. As I have already discussed, this can be connected to religious symbolism, in ancient times it was believed in many biblical circles that the salt itself would create a spirit (as I have previously explained) so when you put salt over your left shoulder you are essentially removing “evil” elements and salt will cleanse and protect. We must remember that this is from the 18th century.