Learn about the Hamsa Hand Meaning

This is one of the most famous lucky charms.

It is normally hung above the door is know as the Hamsa Hand, Hand of Miriam, Khamsa, Hand of Fatima and also the Hamesh Hand. Yes, many names but they all have the same meaning and drawn in the same way. It is popular in the Middle East and also Africa to use this hand symbol for protection. The hand itself is a symbol of Algeria and is found in the countries emblem. So why does the Hand of Fatima have so many names? The hand has many names, as mentioned above.

Why is the hand called Hamsa or Hamesh?

There are two ways that this symbol is pronounced in Arabic this is known as the Hamsa Hand. It is a famous symbol of protection. In Hebrew it is known as the Hamesh hand. The word Hamsa and also Hamesh can be interpreted as meaning the number five. Thus, we have five fingers and this is where this name has come from. 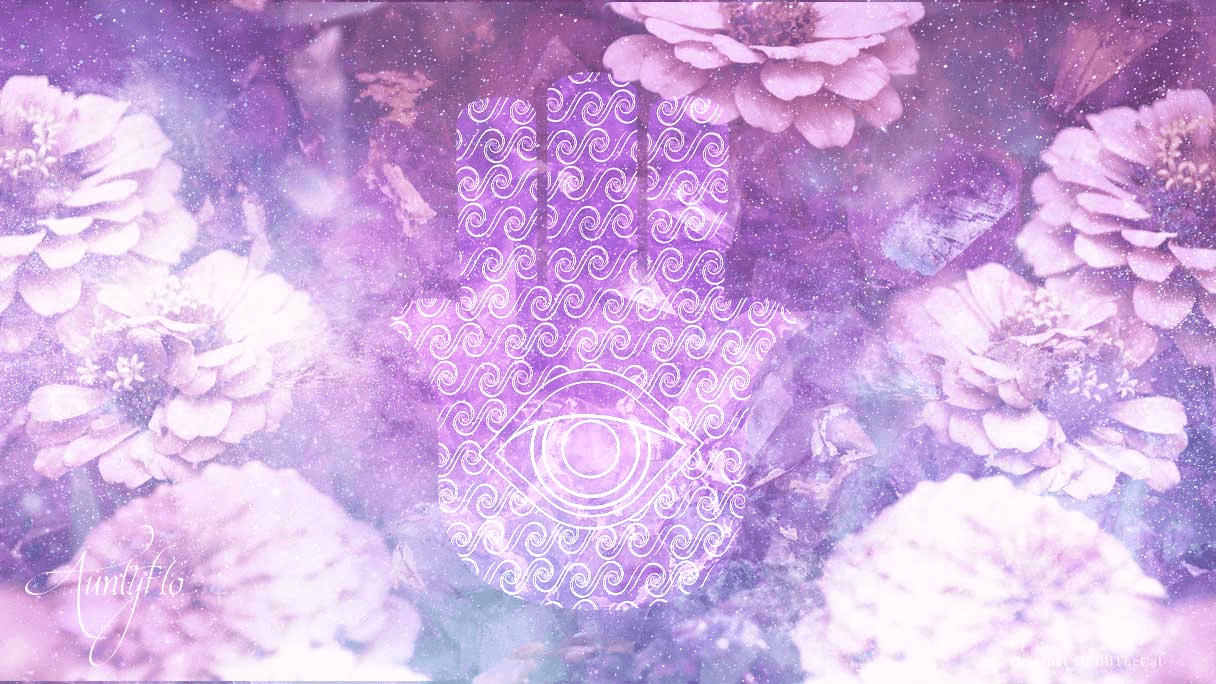 An alternative name of this hand is “The Hand of Fatima.” Obviously this has a story behind it. It is named after the daughter of Mohammed. It has also been called the Hand of Miriam by Jewish writers. So, this symbol has many names but they all represent good luck to the wearer. This symbol is popular and an ancient amulet to ensure protection against the evil eye, envious eye or magic.The hands are normally made from materials such as pottery, silver or metal. They generally have the evil eye on the front. The colour blue, which is normally the colour of the evil eye is suppose to warn of danger. The Hand of Fatima was often hung over the front door and deflects and evil that may come into the house. This was generally the use in Italy, Greece and Turkey. Still today, this symbol is used to deflect the evil eye.

The Hamsa hand is often found on a necklace, on a keyring or hung in a car or above a house in Africa and European countries - for protection! In Morocco the Hand of Fatima is also known as the Khamsa.

So let’s look at the story of Fatima. She was the daughter of Mohammed who was a prophet. She spent time praying, especially for the weather to change. She prayed in a desert one day then something amazing happened. It rained. You can often see this hand above the door of many shops and establishments to protect against the evil eye.

Let’s move back onto the story. Fatima was only five years old when her father became a prophet. The name comes from the word “fitam” which can be translated to keeping away evil. One day Fatima was cooking a dish known as Helva (rather like porridge today) it contained both sugar and butter. Semolina is today’s equivalent. Anyway, the door opened and her husband entered. He was with a new bride, note that in the Islamic state a man could have up to four wives. Fatima was saddened by this and she dropped her hand in the hot halvah! Her husband turned to her to ask why she did that, but her hand was still in the pot burning. The Lady of Fatima was known as a patient woman who was faithful. This is why sometimes there is a tear drop associated with the hand, in that the necklace has a tear somewhere on the symbol. 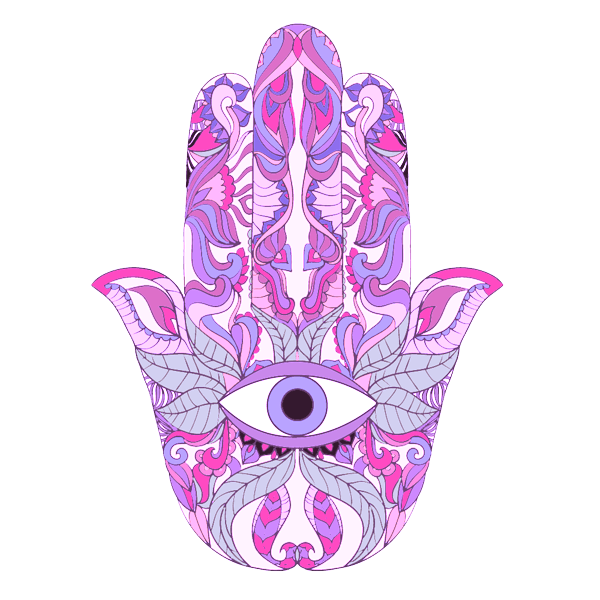 Again, these symbols are given as gifts to warn off the evil eye. If we now briefly, look at Hamsa this has been traced to Iraq as a sign to protect people. Additionally, the Hand of Mary was used for protection. The hand was also considered great luck in connection with child bearing. It was also given as a gift of marriage at weddings to cement the union.There is another amulet known as the two finger hand. This was Egyptian in origin and was associated with the fingers of Isis and Osiris and the thumb of Horus. This was used in spells to provide protection against danger to babies. The muslim talisman is known as Hamsa and has many references to Islam. It is associated with blessings, strength of character, especially if it is blue or red.

The hands are normally made from materials such as pottery, silver or metal. They generally have the evil eye on the front. The colour blue, which is normally the colour of the evil eye is suppose to warn of danger. The hand of fatima was often hung over the front door and deflects and evil that may come into the house. This was generally the use in Italy, Greece and Turkey. Still today, this symbol is used to deflect the evil eye.The human hands are representative of a number of different things, varying from right to left. A few examples follow:the left hand corresponds with the lunar sphere, symbolic of the feminine, emotion, receiving, unconscious, justice and passivity. The right hand corresponds with the solar sphere, symbolic of the masculine, logic, giving, conscious, mercy and assertiveness.Hands may be symbolic of protection, blessing, healing, threatening, injuring, etc.Two hands placed together palm to palm is symbolic of prayer. Two right hands clasped together might symbolize friendship, unity or agreement.In the US oaths of honesty are sworn with the left hand on the Holy Bible and the right hand raised.There is no doubt that hand symbolism is both wide spread and wildly varied.

The hand is believed to possess a lot of power and role to perform as they are the most active physical organs that are involved in most vigorous physical activity in human beings. There was the belief that if it ever happened that somebody’s left pals was itching, and then it was a sign that that person could receive money soon thereafter. However if that happened to the right hand, it meant the contrary, in that that person would soon lose any amount of money that was held in hand. As a result when the left palm was itching, one had to scratch their hand against wood and it was an assurance that that person would actually receive that money. On the other hand (pun!) however their right hand itched and then tried to scratch it, was an assurance that that person could actually lose money soon.

In relation to bad and good luck, it was believed that if somebody’s left hand was itching and then that person rubbed it against brass then ones good luck would elude. Moreover, if the right hand itched and then stopped scratching it, then ones luck of getting money would definitely elude. During the ancient times, it was generally believed that by passing a cup of water or tea to someone next to you using the left hand, was a sign of bad luck to whoever received that cup of water or tea. Moreover, it was considered a sign of a curse if one tried to give a loaf of bread to those they were serving. In the field of sewing, it was believed that if a dressmaker fixed the left sleeve before doing the right one first, then it was a sign of bad luck to the person that would wear that dress.

The right hand according to the bible was regarded as a sign of a God’s mighty. Satan was treated as belonging to the left hand or anything that was perceived to be evil. That is why the scripture says that the goats shall be put on the left hand side while the sheep will be on the right hand of God. The ancient Romans believed that the devil always resided on the left shoulder of one’s life. As a result, people believed that by throwing salt by the left shoulder that would end the devil powerless in affecting or causing harm to one’s life. The ancient Romans believed that by wearing a wedding ring on the left finger, it was meant to ward off any evil plans that were associated with the devil in relation to the left hand.