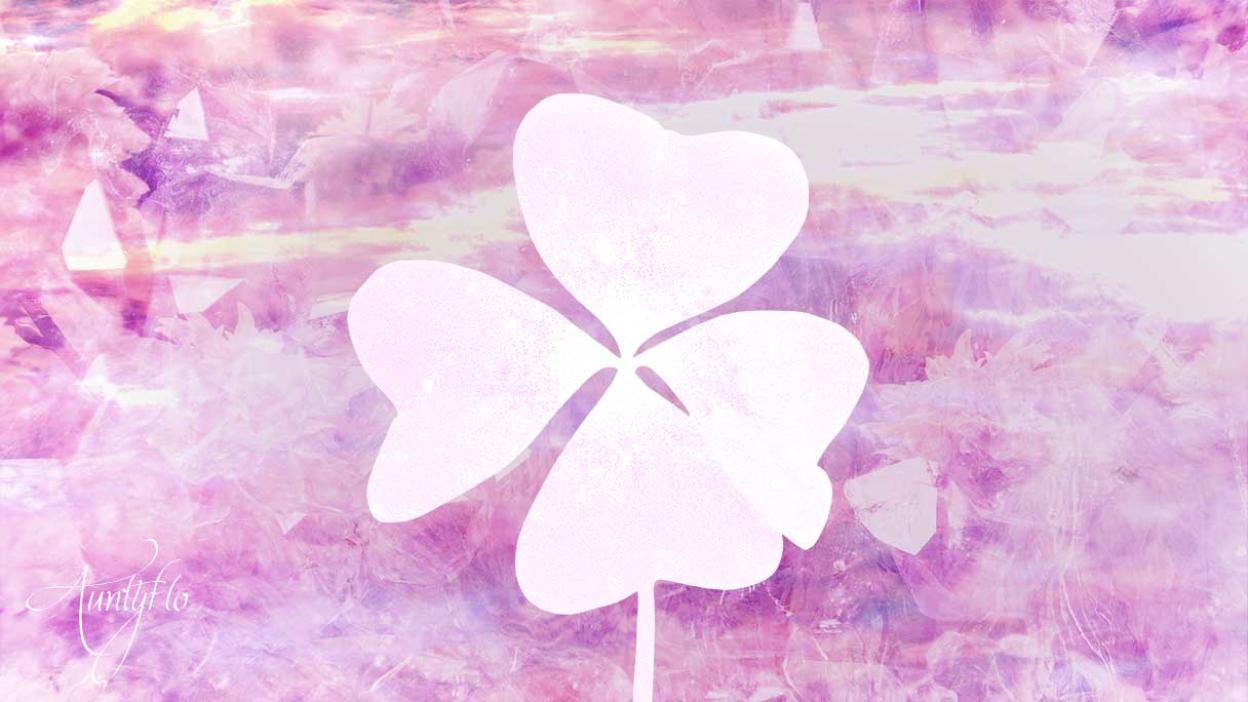 When I started tenth grade I was totally obsessed with finding four-leaf clovers.

With odds of 1 in 10,000 to find a four-leaf clover on the first try, I was determined to find one! We lived right next to a large hill. This was my most favorite place to play because it was covered in clover. I spent hours trying to find a four-leaf clover. One thing is for sure, I remember how astonished my mother was when I returned home with three four-leaf-clovers one day, then subsequently found a further five four-leaf clovers. We humans can be so superstitious and I can remember my mother saying “Wow… you will be lucky in life.” It is believed that in Alaska there is a man has a collection of 160k different four-leaf clovers!

What is the spiritual meaning of finding a four-leaf clover?

If you have found a four-leaf clover then it is such an amazing feeling! It turns out that the universe might be looking down on you right now and even though finding one is truly random chances are you will start to notice that things might result in more luck.

Here are some interesting superstitions around the clover:

Here is an ancient rhyme about clover from the 1600s:

“A clover, we love clover we do,

put it under your right shoe, the first person you meet,

will think you are sweet”

What does finding a four-leaf clover signify?

I’m going to put my scientific hat on in order to answer this question.

A four-leaf clover, according to long-time superstitions brings luck and fortune to those who find them. The common type of clover is the three-leaf and is scared to the sun-worshipping Druid priests from ancient England. The rarity of the wild four-leaf clover makes it super special. In 1950 horticulturists developed a specific seed that sprouts. The only clover with four leaves was mass-produced in kits to grow four-leaf clovers whenever you wanted. Of course, this means it is not as "rare" as it once was and millions of people cultivate the four-leaf clover on windowsills throughout the world. However, to find one in the wild, in a field or meadow is super rare and great luck (according to legend) will befall you.

We know it is lucky to find a four-leaf clover, but in addition, I wanted to discuss the folklore traditions connected to this plant. Interestingly, the four-leaf clover represents four different aspects. These include hope, faith, love, and luck. Each four-leaf clover is supposed to represent these four virtues.

Finding a five-leaf clover and what it means

Clovers can also come with 5 leaves rather than four! The five-leaf clover is also super rare and lucky to find. This is known as the rose clover.

Evoking demons through a four-leaf clover

The Egyptians, on the other hand often had symbols of four-leaf clover amulets that they use to carry on their person (normally in their pockets). The four-leaf clover was connected to love and honesty and, interestingly, it was believed to be an offering from the gods.

What is the difference between the four-leaf clover and the shamrock? 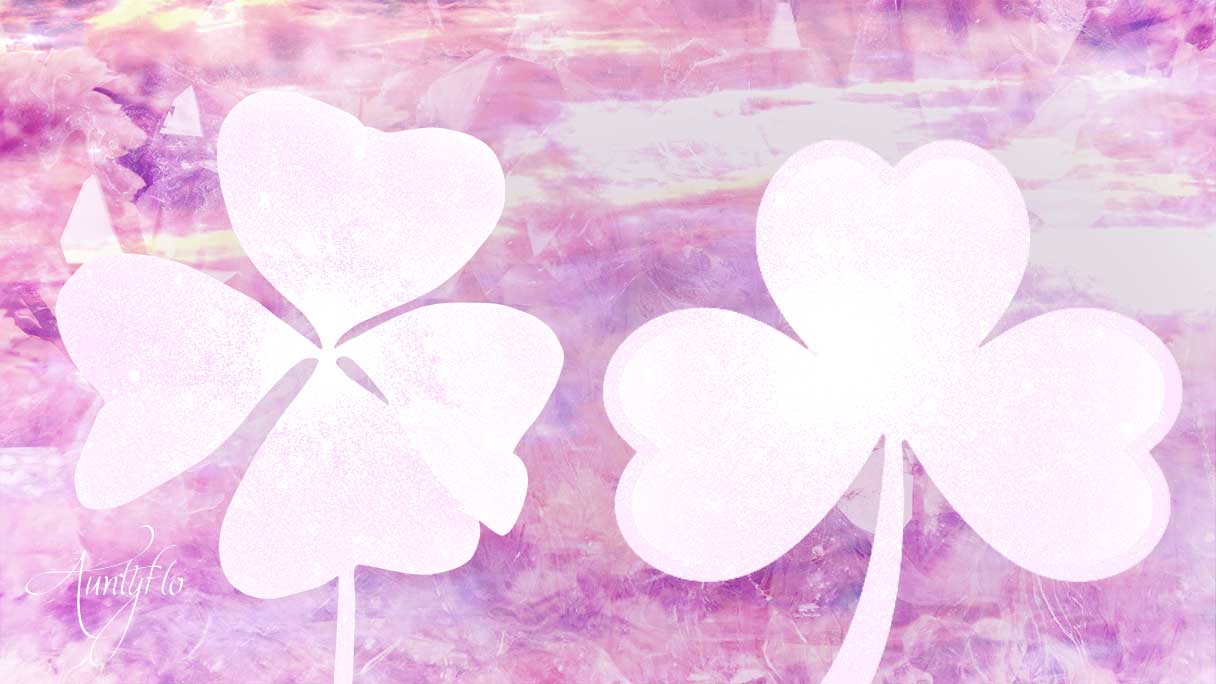 The four-leaf clover and shamrock are different because of the leaves. The shamrock is basically the young white clover which never flowers but these leaves are prominent in wintertime, and the Shamrock has only 3-leaves. A four-leaf clover meanwhile, has 4 leaves.

Biblical meaning of the four-leaf clover

The symbol of “clover” is normally connected to famous St Patrick’s Day. Many stories about St Patrick has been told over the years, but there is a legend about shamrocks. The shamrock looks like clover but has only three leaves. The three leaves in biblical terms are supposed to represent the son, the holy spirit and this is why it is a symbol of St Patrick and a symbolism of Ireland. The occurrence of the three leaves in the clover is also linked to the triple goddess (past, present, and future) Clover is said to calm people down and induce happiness.

What does the bible say about clover?

The bible does not specifically include much about clover. There is nothing written about a four-leaf clover in the bible. There are many pieces of scripture which detail “seeking and finding” but not directly related to clover. There is a legend that Eve left the garden of Eden with a four-leaf clover she had found on the floor and she took this so she was reminded of paradise. The interesting thing there is "nothing" in the bible to detail that this actually occurred. The word clove comes from the Latin “cava” which means “club:” Hercules created a club in a four-leaf clover shape according to folklore. It is because of this that the cloverleaf is found on a pack of playing cards. This is called a club. The main pollinators of white and red clovers are honeybees and bumbles. The red clover is the most popular plant out of all the clovers and was introduced in 1650 to England. Then introduced to America in 1750.

The American natives use to call white clover “white man’s foot grass” this is due to the fact that it seems to just spring up all over the place. Dried red clover once was an ingredient in antiasthma cigarettes and was made into tea which is supposed to prevent cancer. The clovers are generally used to research the cure of cancer as they hold estrogenic effects. Clovers are generally high in vitamins but not really eaten by humans, but red clovers can be included in salads.

White clover is known as “Trifolium repens” which is the Latin term. This type of clover is normally found in fields and lawns in Europe. It is very common across America. Folk medicine states that the flower can be used in tea and it is supposed (in ancient times) to have been used for rheumatism and gout. This is because like red clover the white clover has antioxidant within.