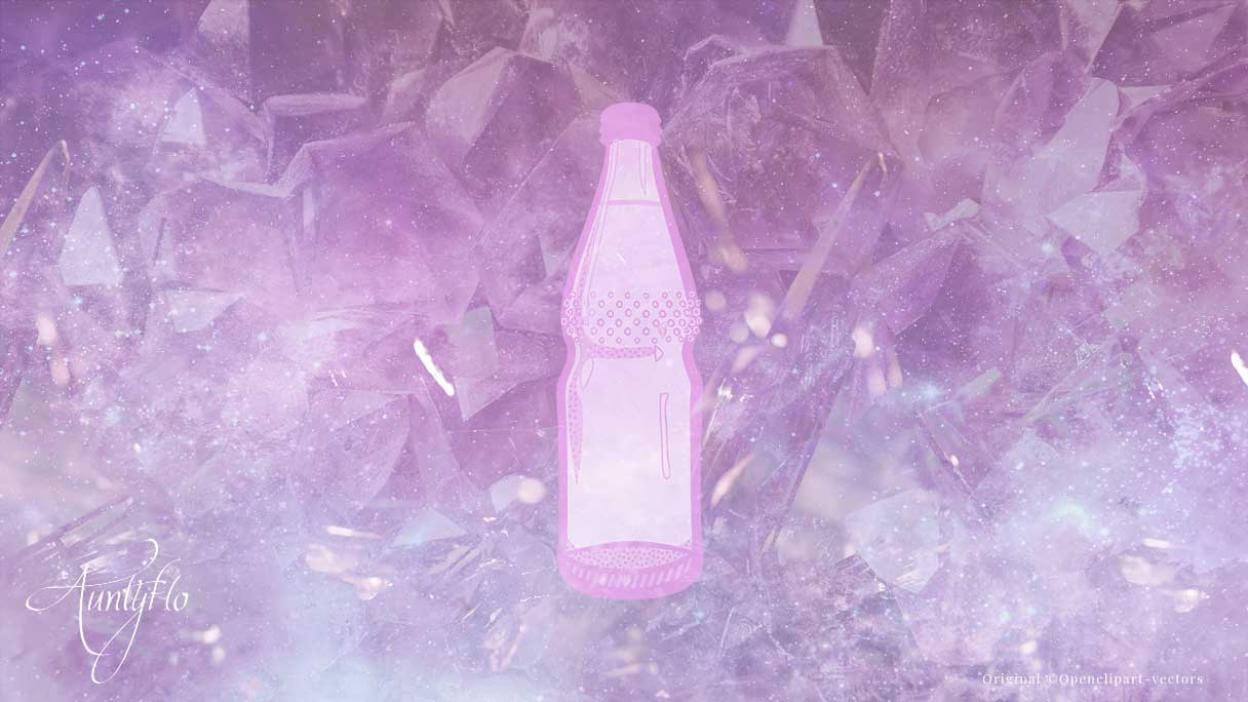 The bottle is symbolic of the womb.

It holds and protects whatever is kept inside. There has been superstitions dating back to as early as the 9th century regarding bottles. One of the most popular is the bottle tree. There are tales which claimed spirits had the capacity to live in bottles. It is thought that the bottle tree originated from the Kongo. It is believed there was a frequent tradition in Africa to honor ancestors by creating a bottle tree by their gravestones. The family will then surround the grave with sticks and attach plates to this stick. This was known as a "Matondo" which stands for the word mushroom.

There are various superstitions that involve the bottle tree even among the Europeans, in Europe the trees were associated with trapping bad spirits before they were able to enter the front door. They used round glass balls called witch balls to trap the spirit in. If we look back in history, glass was discovered as early as 3500B.C, the bottle tree appeared in the African areas much later. This maybe because people could hear the wind in the glass and this was associated with connecting to spirits. Thus, a bottle tree was created to try to communicate to the spirit world.

In African American hoodoo folk lore the bottle color was always cobalt blue. Because of the blue of communication, water, and the sky. In hoodoo the bottle can be used to trap the spirit of the dead, or invoke ancestors to help. The bottles are always placed upside down on the branches of the tree. If the wind passes over the bottles the sound of whispering fills the air. In Australia there is a bottle tree forest, that is a popular tourist area. Years ago, the Arabs believe that the genie could be held captive in a bottle. From a long time ago before the bottles could be made from clear materials there were beliefs that glass could capture bad or evil spirits. This belief was that the spirits could get lured to enter the bottles when it was late at night and then get destroyed when it was morning.

What does it mean to dream of a bottle?

When one dreams of a bottle, there are various psychological meanings that are attached to the dream. It can mean that emotions are bottled in some way. You need to note what the bottle contains as this will help you realize the nature of your emotions. If the bottle contains champagne, then there is a great need to improve your social life. If the bottle contains poison then this suggests evil thoughts. If the bottle contains red wine then the dreamer has secret passions and if this contains milk it may indicate that you need to bring up new ideas. An empty bottle is indicative of exhaustion. In connection to this the dreamer will feel fully drained and empty inside. If you dream of a bottle there are other meanings which are mystical in nature. In many of the myths the hero will have to release a genie which has been kept locked in the bottle. If you dream of a genie then this represents the powers of the psyche that initially appears dark and menacing due to their unconsciousness.The common story of Aladdin was as a result of the above - past superstitions.