Unlock the amazing secrets of Broomstick 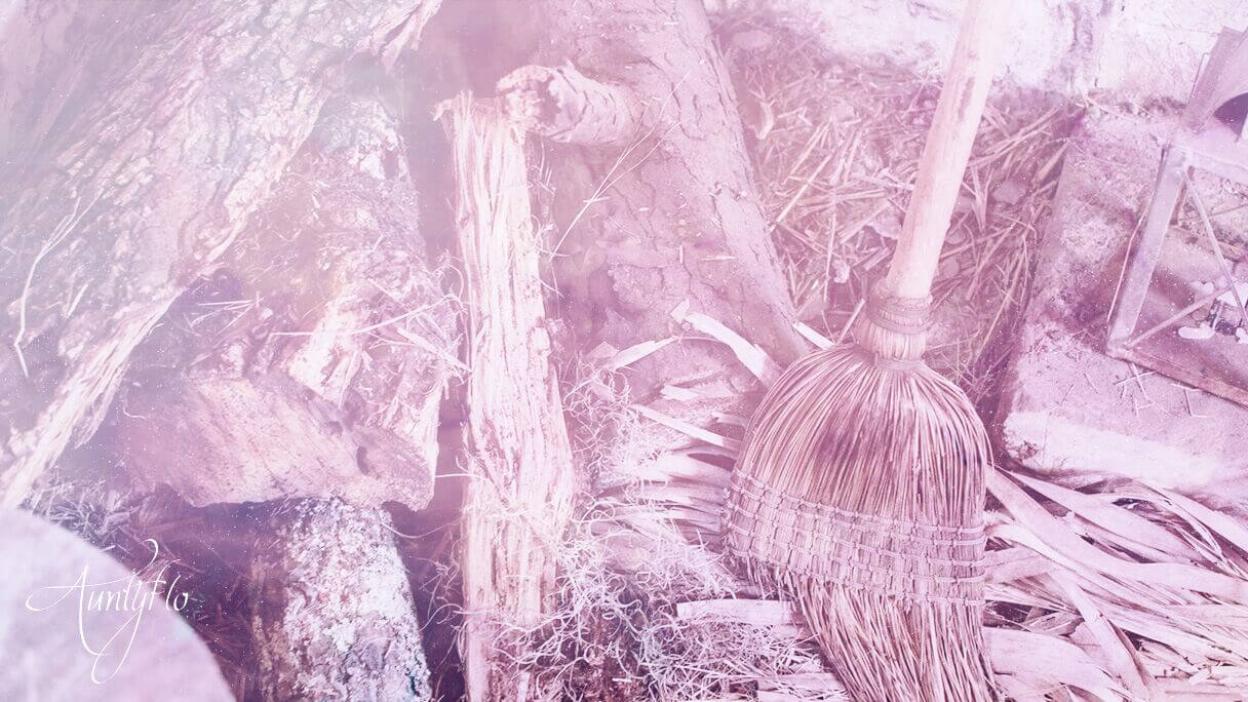 A crafted broom from wood, twigs, and other items.

The broom is used for magical workings and to ward of negative energies. The besom, from creation to use, is designed to be a helpful and essential tool in the witches in arsenal.

For most practitioners the crafting of the besom is a process that imbues the wood and other materials with positive and helpful energies. For this reason, where you get your besom is of the upmost importance! There is no required wood type that must be used in the creation of a besom but some of the advised types are ash, ash, apple, or birch. The use of the besom is varied. Standard practices include using the besom to create a sacred space for ritual or magical workings by sweeping away negative energy, increasing positive energies within the circle through dance, and by closing circle to cast forth magical energies that were created in the ritual like a staff. Many witches use chants and incantations as well with their besom and it is an essential part of their magical work.

So why does a witch fly in the sky on a broomstick? Where has the tradition come from?

This was to get basically high on drugs. It gave the witches an opportunity to visit different worlds. The use of the broomstick is twofold. Firstly, it was used to administer the hallucinogenic drug on private areas! Secondly, to sweep the floor! You may have read the reason and just thought it was strange joke!

Witches used the broomstick to administer the hallucinogenic drug on arm pits and private parts (genitals). This was to get high.

Until only a few centries ago the grain rye was the main ingredient in bread. The rye use to carry a disease which was due to a fungus known as “calvicepus purpurea” which was known to infect crops. This was known called “ergot.”

This fungus was found on Rye until the late 1800s. People thought the fungus known as “ergot” which was purple in colour grew on the plant was safe. But it was not, it produced these hallucinations.

Ergot notably includes a range of elements including hallucinogens. People who took it also got a large dose of LSD - the Ergot, and experienced poisoning. People did not mind, in addition, people notably women wanted to ensure that they experienced hallucinations through taking ergot found on rye.

Many people experimented with taking hallucinogenic plants such as mandrake and nightshade together the researchers of the time created a range of drugs that caused hallucinations. These were available in small qualities. They would then result in a strong hallucinogenic effect.  The hallucinogens produced nasty reprucucions when ingested including sickness and vomiting.

These early innovators, of knowing which substance to get high realise they could get away with the sickness by simply taking the drug topically, many middle class / high class members of society were taking these potions.

At this time physician’s were investigating these drugs. Including the Spanish doctor called Andrés de Laguna in the 16th century studied a substance after taking it from the home of a woman accused of being a witch. He then did some trials on a woman and had to wake her up after thirty six hours as she was going on a hallucingenic trip!

He also uncovered that the substance included herbs: Hemlock, henbane and mandrake.  The woman wanted to stay in the hallucinogenic state. He then recorded that the drugs affect witches memory and mental state. So that the witch believed the dreams they had were reality.

A doctor named Giovanni Della Porta tested out this substance during the 16th century. He also found that the application of this ointment on a women he met. He met a women who adamantly claimed that she was flying over the sea after taking the drug. This absorption method was quickly determined to have more effect on the body.

Now back to absorption methods the topical application of the drug produced maximum hallucinogenic effect. Rubbing on the private parts and armpit were the preferred methods.

This made larger balms and potions popular. They then became more available. This was the most obvious thing to do -  dip the ointment onto a broomstick and straddle it. Having the witch undertake the perfect ride of the broomstick!

Raphael Holinshed back in 1324 he was looking through a witches belongings and noticed she covered a staffe with ointment for which she rode upon it to create hallucinations.

So this is where riding the broomstick came from!