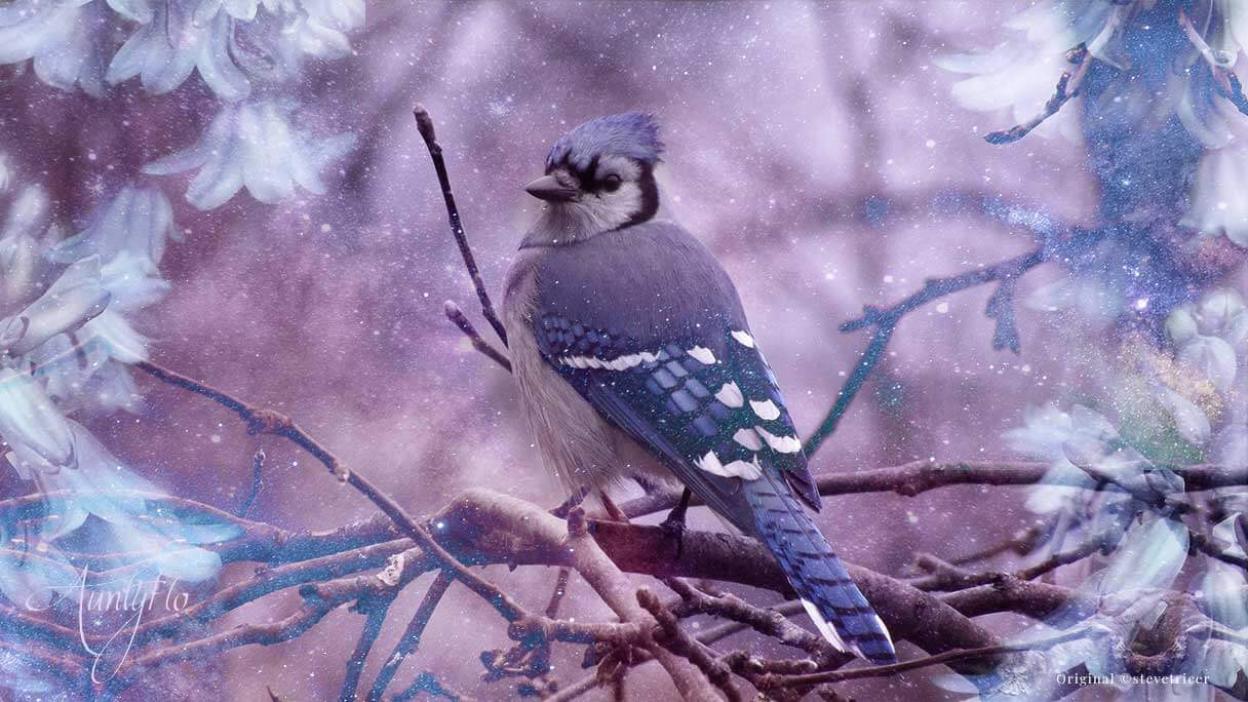 Blue jays are interesting creatures for they have the ability to utilize varied vocalizations to voice up their ideas just like raven, crow and magpie.

They also have the ability to mimic other creatures such as birds and even humans for they have advanced speech abilities. Blue jays are even capable to mimic hawk’s calls as a tactic to drive away predators.

Likewise, those who regard blue jay as their symbols are somehow talkative and tend to chat most of the time. These people tend to be successful in the field of sales, law, politics, public speaking and teaching.

Being determined, assertive and intelligent as animal symbolism is common to those who regard blue jay as their symbol and to those who are in the professions listed above. These same attributes can be observed in a blue jay for it is fierce towards its opponents/predators. This creature fears no one as it protects its habitat, partner and young ones. Likewise, persons holding blue jay's as their compliment are also fearless in protecting their position against rivals and even superiors – often bringing them good results.

Blue jay symbolizes long-lasting friendships and relationships. They tend to have only one mate for life which symbolizes endurance, loyalty and patience. They also symbolize truthfulness, solidarity and faithfulness.

When we dream of blue jay, it means clarity of higher thinking. It is believed that dreams are our inner selves’ way of saying that we are not true to ourselves in some ways and that we need to clean our thoughts. It also symbolizes taking actions towards the truth. Blue jay requires honesty and that any deception or dishonesty would lead to a worse situation for us in reality.

Blue jay is an air animal sign and that air creatures are symbols of perfect ideals, sacredness, and truth. With these, the spiritual and dream effects of blue jay are indeed intense.

This does not mean that blue jay is fastidious. In fact it also makes its home anywhere for it also symbolizes opportunity and advantage. Blue jay may nest even in mailboxes and it is so resourceful that it could utilize environment for its own advantage. Those who claim blue jay as their totem may act just like blue jay. They are easy-going people who have the ability to turn even the worst situations to their best advantage.

Blue jays are curious creatures. They tend to peck at any sparkling object that catches their attention. The same way are those who resemble blue jays, they are also curious. In fact, people that choose this as their animal totem tend to follow new paths, entertain new insights out of their curiosity. They are often known as jack-of-all-trades and wonderful trouble-shooters.

Blue Jay shows up as a spirit guide when

Call on Blue jay as a spirit guide when