What does Alberta mean in a girls name? 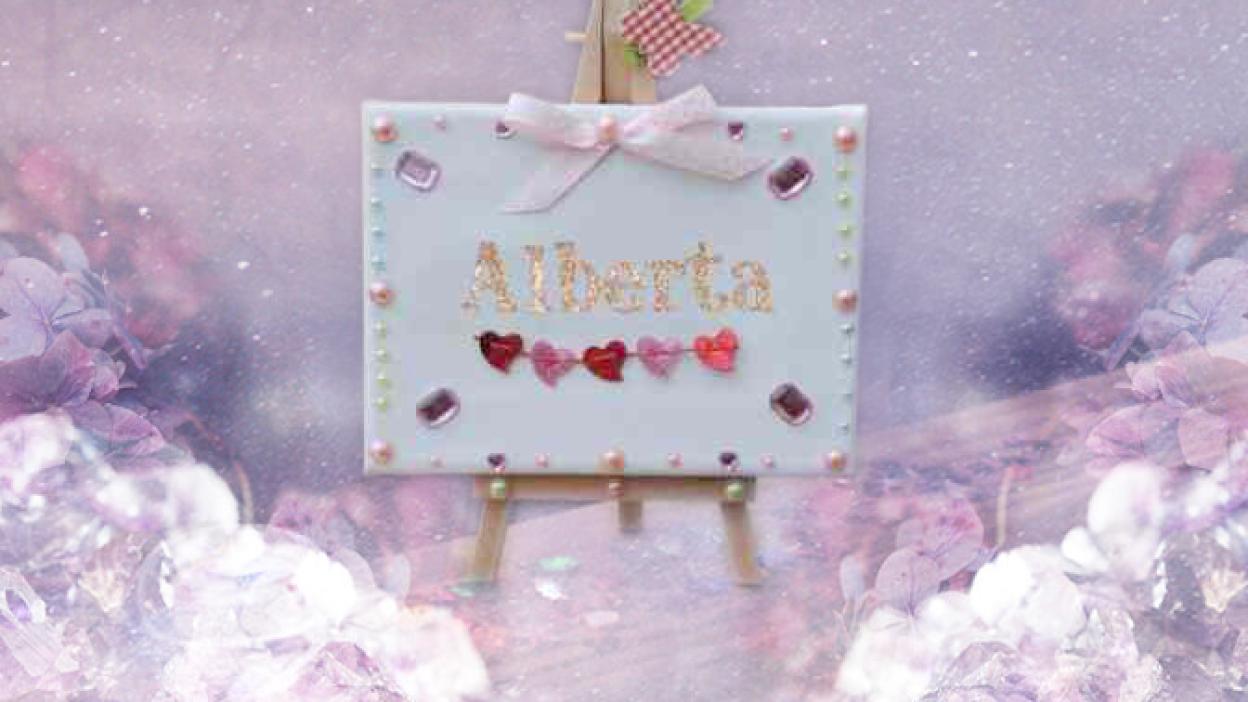 The name Alberta is pronounced as aeLBAHRTah or in German and Polish as aaLBEHRTaa.

Alberta is from the Germanic language. The meaning of Alberta is 'nobly famous'. The Canadian province Alberta seemed to be named after Princess Louise Caroline Alberta (1848-1939), The name Alberta has 36 forms which are used in both the English language and other languages. English variations of the name include Alberteen, Albertha, Albertina (also in German, Italian, and Portuguese), Albertinah, Albertine.

Alberta is unusual as a girl's name. It's usage peaked modestly throughout 1909 with 0. 201% of girls being named Alberta. The name has dropped in favor since then. It's stated that numbers hold the key to our inner most personality. Each letter inside your Christian name has a number equivalent. Everything in life, can be reduced to a number, and each number has a meaning. In numerology, this meaning is converted into a useful tool for understanding our inner most secrets. Read on to learn what Alberta means in spiritual terms.

If your name is Alberta, your expression number is five. You might not appreciate or be familiar with your hidden abilities and capabilities that you have in life. You've enormous appeal that instantly draws in individuals to you. Individuals are honoured through the attention you show them. They eagerly await your time to get along with you. It's essential that you show the very best of who you are in every situation. While not everybody can appreciate you for the things that others see in your soul, it shouldn't be a great concern for you.

Most Alberta's hold a powerful make-up. You get bored so easily. Occasionally you may act erratic as well as trying to keep everyone pleased. You have a problem retaining normal office hours wanting freedom from any sort of a routine. You often respond highly to a job that involves flexibility, which is associated with presentation or even creative endeavours. You do not like to be restricted at all. You may have an inclination to make the same mistakes again and again simply because you become quite impatient. You're in a constant flux due to never relaxing or taking time out for yourself.

You have more lovers than haters in your life, Alberta. Accordingly, the number five, means you enjoy things that are somewhat challenging. You get bored easily and you need to be motivational, as well as have the power to direct others. Most people named, Alberta hold great inherent inner power as well as awareness. This can make you an excellent teacher, social worker, strategic thinker, or career advisor. It doesn't matter what area of life you go after, you are extremely conscious as well as responsive to the highest sense of your own surroundings. Your pure intuition is extremely strong; actually, many Alberta's hold clairvoyant powers and people involved with occult studies normally hold the number five as their expression number. You have a great mind together with an enthusiastic outlook in life. Because of this you are likely to reach your goals in most situations. Nonetheless, you will fare best and stay happier outside the business world. Strangely enough, you will do typically well at teaching, due to your original ideas and also unusual approaches to people. Nevertheless, you are much more focused when you help people in life, you enjoy working with numbers, and enjoy spending money!

The actual negative qualities that you hold are associated with stress. You hold an inner feeling of being anxious and you feel tension; you might be too delicate and also temperamental at work. A person named Alberta will have a tendency to live in a dream world, and may be more of a dreamer than a doer. Illusion and truth occasionally turn out to be intermingled and you are at times very unrealistic. You tend to keep having to work at projects that never seem to complete. In summary, you will be successful in life. Your character is charged with the need to help others, you should enjoy life and embrace everyday. In your day-to-day life you will strive for independence.