What does a Subway mean in your dream?

A subway is a means of transportation where a train travels through underground tunnels and stops at a variety of destinations.

Dreams of subway trains and stations may not be significant at all if the person dreaming of them frequently uses them as a means of transportation. If, however, the dreamer is unaccustomed to riding a subway train, then the dream bears no interpretation. Underground locations signify the unconscious, while a terminal signifies some kind of choice to be made, and a train signifies your life moving in a particular direction. Trains passing through tunnels can also be sexual in nature and dreams of subways may, therefore, reveal a certain level of sexual frustration or desire.

To dream of traveling by subway train implies you are using your instincts to guide your decisions and maybe simply coasting along with the crowd. Dreaming of traveling on a subway with your eyes shut or being asleep implies that you are blindly following a track that has been determined for you by other people. This dream implies that your path is determined by conformity and you need to open your eyes to the possibility of charting your own course. A dream in which your trip is delayed signifies that your progress is being blocked by fears, prejudices or outmoded opinions. Think about the fact the train is underground - the journey of your life! Is it in darkness? What can you not see?

To dream that you have paid for a ticket but cannot proceed through the gate suggests that even though you have paid your dues, you are being blocked by the people in your life or your social or economic circumstances from achieving your goals. A dream in which you have reached the terminal, but are waiting for a train that never arrives implies that you are stalled by financial worries or trapped in a dead-end relationship or job. You may feel disconnected from your innermost feelings to the point where your life is on hold.

Dreaming of jumping the gate without paying the fee connotes that you are not above using an underhanded method to get yourself where you want to be in life. If you jump the gate because you lack the money to be able to pay for the cost of the ticket, it indicates that the cost of a decision that you need to make seems too high for you to proceed so you are trying to find a way around it. If you jump the gate because you enjoy the excitement of getting away with something, it suggests that you are making a hasty decision driven by the excitement of the moment.

Dreaming of crashing, being threatened or witnessing a crime on the subway indicates your goals are not going according to plan and your intuition is attempting to communicate that your current track could lead to harm for you. To dream of witnessing a crime or being a victim of crime on a subway suggests you are lacking self-confidence and feel powerless to make a real difference in your life or in the life of a person you care about. To dream of the subway derailing or crashing connotes an unconscious awareness that your life is careening out of control and, in spite of how difficult it will be, it is time for you to stop being a follower.

Dreaming of missing a subway train implies missed opportunities for working through an issue which is keeping you from fulfilling your ambitions. You may feel unprepared for a new direction, so you are simply standing still. This dream may also indicate that you have procrastinated to such an extent that an opportunity which was open to you has passed you by.

Whether or not the subway station is crowded or empty in your dream also has some bearing on the interpretation of the dream. To dream that you are lost in the crowd being jostled and buffeted by strangers either in the station or on the train implies that you feel overwhelmed and ignored by your peers and loved ones to the point that it is hindering you from accomplishing your goal. Dreaming of being in an empty subway can have one of two meanings. If you feel confident in the empty subway, then it suggests that you are convinced of the aptness of your beliefs and plan to be methodical in accomplishing your goals. If you feel desolate, then it indicates that you lack a sufficient support system to give you positive feedback. This leads to a lack of self-confidence and self-esteem.

Dreams of trains passing through tunnels can also represent sexual intercourse. Having such a dream signifies unrequited passion.

Feelings that you may have encountered during a dream of Subway 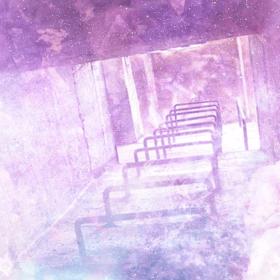