What does Sebastian Mean

As time went by the name Sebastian become more and more popular across the Mediterranean sea, not only in Greece. The name Sebastian also becomes even more popular when the Portuguese king was named King Sebastien of Portugal. The name has become increasingly popular in England and Wales during 2007 and the United States in 2018. Sebastien is also used as a surname, for example, the Mexican songwriter Joan Sebastien. But what does Sebastien mean from a numerological and spiritual perspective?

How popular is Sebastian?

In order to answer this question, we need to think about ancient times when people were walking about in robes! Saint Sebastian was widely used to protect people who worshiped him from the terrible plague. In terms of registered births in America, he is the 39th most popular name is 2020.

Who is Saint Sebastian?

Saint Sebastien is a Christian saint and there is much artwork that shows him tied up with arrows inside his body. This is the most common artistic representation of the saint. It was not good news Saint Sebastien was actually killed in c268. In Roman Churches, Sebastian is the patron saint of players in athletic pursuits and also archers. He is commonly depicted in oil paintings and literature being tied to a tree and shot with arrows. So what can we learn from this? It means that Sebastien ruled over exercise and being healthy but be careful with being stabbed by others! 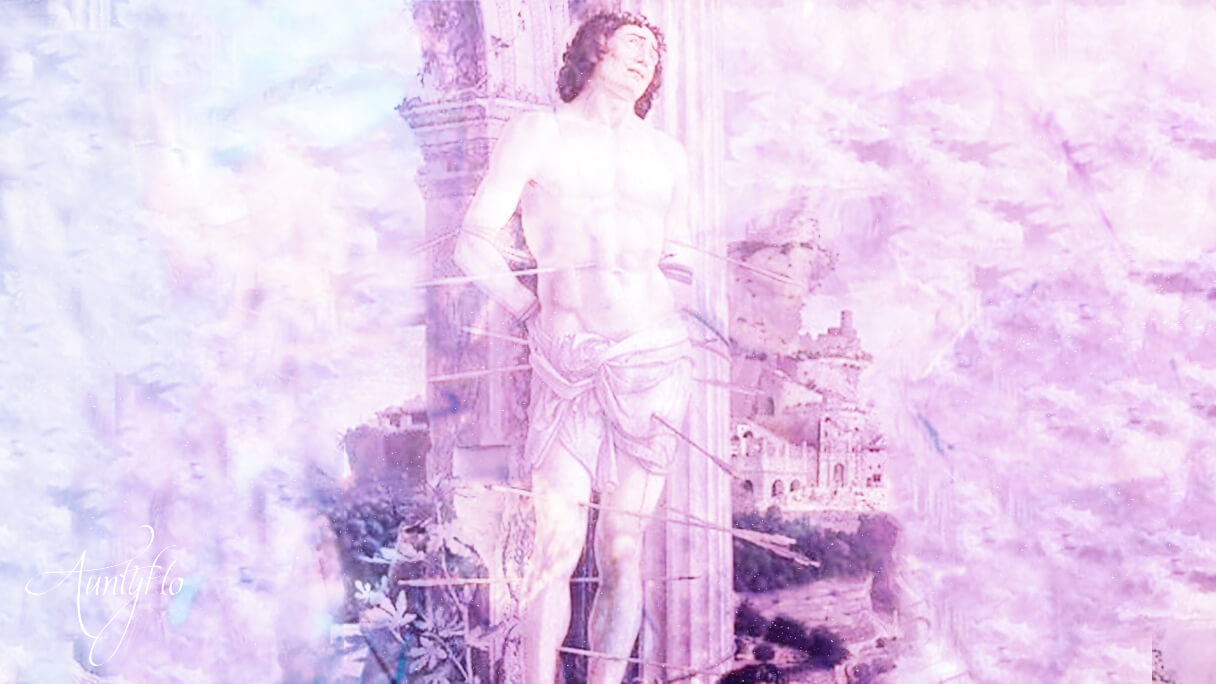 In the recent film by Disney called the “Little Mermaid,” the name “Sebastien” was given to the crab, who Ariel goes to for help. I know. It’s not the most famous person (or sea creature) out there! But, as it was 39th most popular name in 2020 it is important to note it is still widely used.

Ok, I hope you are still with me as there is so much more around this boy's name that I want to share with you, from a spiritual perspective - as that is really my thing here is what Sebastien means. You might be surprised to learn that people named Sebastian have an affinity for clairvoyance and palm reading. I know, it might be a bit of a shock. This is not only because of the Christian connections (such as saint Sebastian). But, also the numerological numbers of the Sebastien name.

I’m now going to quickly look at the spiritual meaning of Sebastien. Numerology is something that I like to turn to when looking at what our names mean. Sebastien is an ancient name that has so much history around it. Undoubtedly seeing what the name means is somewhat an art form.

To this day, there exists a unique focus put on certain sequences of numbers and also the specific first name. This is really a pattern that has been in our culture for so long. In practicing numerology, every single letter of the alphabet features a numerical benefit so in the case of Sebastien it can suggest that there are nine letters in total. I also like to look inside the name to see if there are any hidden words. We can see that “Se” is the start of the name meaning this first-name is connected to seeing the outer world. Also for those people named Sebastien, I always think they are rather emotional. Due to the Sea “Se” start of the name.  Then the middle of the name we can see the word “bast” if we look up the meaning “bast” it means bark of a tree such as a lime so I do think this can also equal the fact that those boys called Sebastian are quite grounded.

Here is the numerology portrait of Sebastian.

I have already said that each letter of the name “Sebastien” gives significance in the concept of numerology. I just wanted to share this with you. Numerology has three major varieties, known as Pythagorean, Chaldean, and Kabbalah. These three kinds may be used in almost any combo to create a numerology name meaning, for boys' name meanings I usually include the Pythagorean approach exclusively. Anyone of the three is acceptable through if you are looking through over websites.

Expression Number 9 as Sebastian has 9 letters

The expression number in numerology - comes from the letters in the name itself and this boy's name has nine letters. It means that they can so easily get reeled into crazy scams. I warn you now! This is because of the numerological aspects of the name show that the “nines” can be rather gullible. Winning in life is important! There is a sense of drive and dutifulness for society means they are eager to please.

Let me go into this in more detail. You will find in life your work life is on fire, happy to will achieve things others can't. We all like our own stuff and being around it but Sebastians will love their own company and large houses. While scientific studies into our names tend to focus on our personality, it is important to focus on the other parts of numerology when looking at this name.

The soul urge number four Sebastien is number seven, this could mean they enjoy being loved, admired, and also needed. They often do their best to keep peace and flow on an even keel. Sebastien's might also encounter problems with trusting themselves as they struggle to value themselves. They will always need to connect with the opinion of another because of this sole urge number.

The personality number of Sebastien is an 11. I got this figure from adding up the consonants. Number 11 is also considered a master number. 1+ 1 = 2 and can sometimes be read as a two. The characteristics of Sebastien from a personality perspective that they are spiritual, dreamy, and also strong-willed. This is a great numerological trait to have. In a more negative term, Sebastien's can work too hard. The personality number can also give us an idea of possible careers for Sebastien,this would be social workers, teachers, lecturers, and social workers. As you can see from what I've outlined it is generally a caring type profession.

Well, I hope you enjoyed my overview of what Sebastien means. Researches into baby names believe that this name was popular in the 1960s because of the shortern name of “Seb”. We have seen from my research above that they have Real compassion for others and a sense of capacity for working hard. This paves the way for their ongoing success. Often, the name (due to numerology) crowns people that like to please others.