What does George mean in a boys name context? 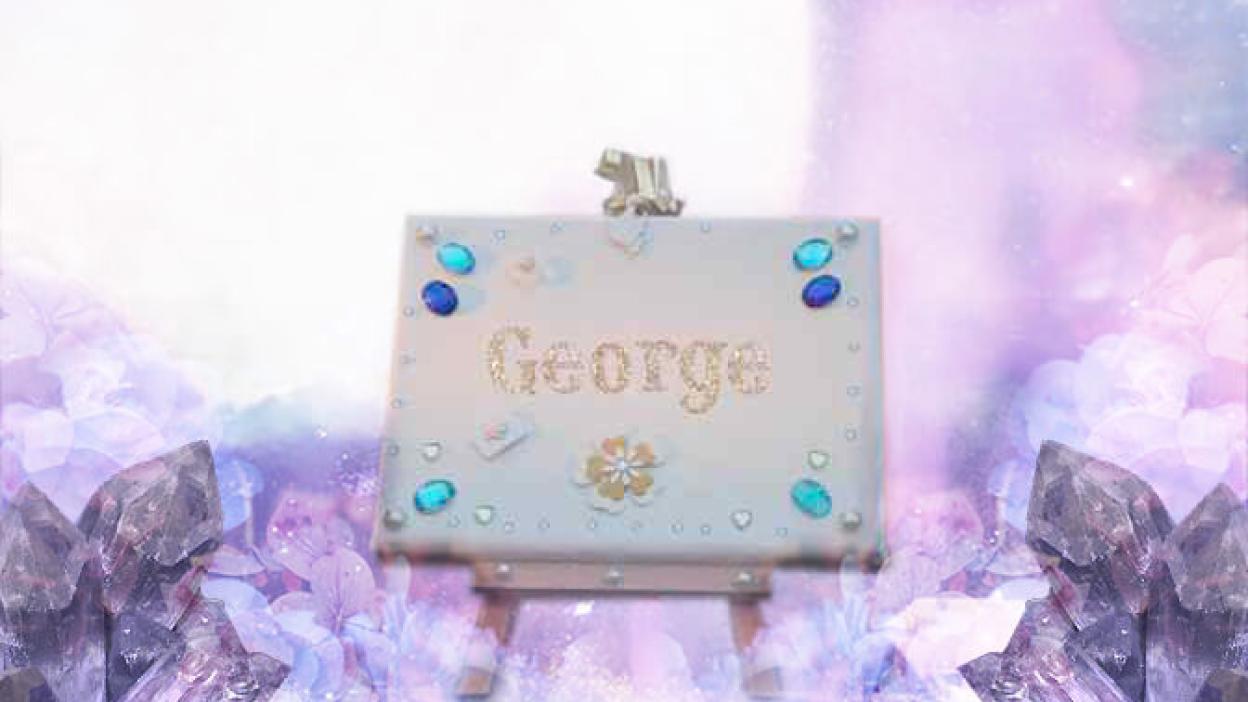 From the West, the name George is well known from the eleventh century as a result of the popularity of Crusades. The name became popular with story of St. George and the Golden Legend, which was widespread among all the European courts from the thirteenth century.

In Germany the name has been popular since the middle Ages. In Britain, irrespective of the fact that St, George was the the patron of England, the name didn't become popular untill before the eighteenth century when the accession of George I of England it was commonly accepted.

In USA it was used in mid-nineteenth century as one of the most popular baby names. The trend in popularity continued before the 1950s, when the name started to lose popularity.

George is also a popular boys name in France, where it still is one of the top twenty names. It's stated that numbers hold the key to our inner most personality. Each letter inside your Christian name has a number equivalent. Everything in life, can be reduced to a number, and each number has a meaning. In numerology, this meaning is converted into a useful tool for understanding our inner most secrets. Read on to learn what George means in spiritual terms.

As a number three, your name means that you are a happy-go-lucky, upbeat person, you are considered a nice person. Easy to get along with. You are generally an artist and should excel inside creative places. You're very friendly and sociable. Life is generally lived to the fullest, usually without much concern about yourself or with what is going to happen down the road. You aren't that good at managing funds, or investing money, because you don't care about things like that. You spend the money that you have, if you don't have it, you won't spend it. You enjoy going out and having fun with friends. The attributes of George tend to be warmness and friendliness, you are an excellent conversationalist, with great interpersonal skills as well as being open.

This world comprises of energy, the yin and yang energy and the male and female energy. So what happens when we have an odd number such as the three? The universe is made from this energy and it rules us. Number three's are actually symbolic of this energy, people whose name falls under the three could be the best leader, patriots, governor, security representative, socialist and a fine politicians. You are always searching for success along with material wealth, George. The good news is that your name means that you are likely to undertake many different careers, these can include composing, communicating, singing, performing or teaching. You are a great entertainer. Many people with the expression number of three are great copy writers, litigators, educators, sales staff, as well as composers. You also have a great future to market yourself or even sell any product you can!

You firmly feel that integrity is the best plan, you will benefit from dignity and ethics a lot more in your particular existence. Whatever job a three chooses in life, you will maintain your honesty, you are by no means jealous of anyone else and do not have a desire to get promoted. They're holistically peaceful and also satisfied within their life's. Number three people, George possess enthusiastic minds as well as intelligence. There heart rules there heads. Number threes have been said to be the good Samaritan within numerology since it's path may be the route of all affection.

You enjoy living life to the maximum, making sure you make the most out of every day. Threes have a tendency to not get worried about things in life. The negative aspect of threes, is that they sometimes distance themselves and can be irritable, and may occasionally like to have fun rather than go to work. They could be manic depressive if they avoid the use of their own imaginative power and also often exaggerate the truth. You're a happy character, and probably talented, amusing and also captivating person, George. Continue to be open-minded. You shouldn't be frightened to be driven.