What does Barry mean in a boys name context? 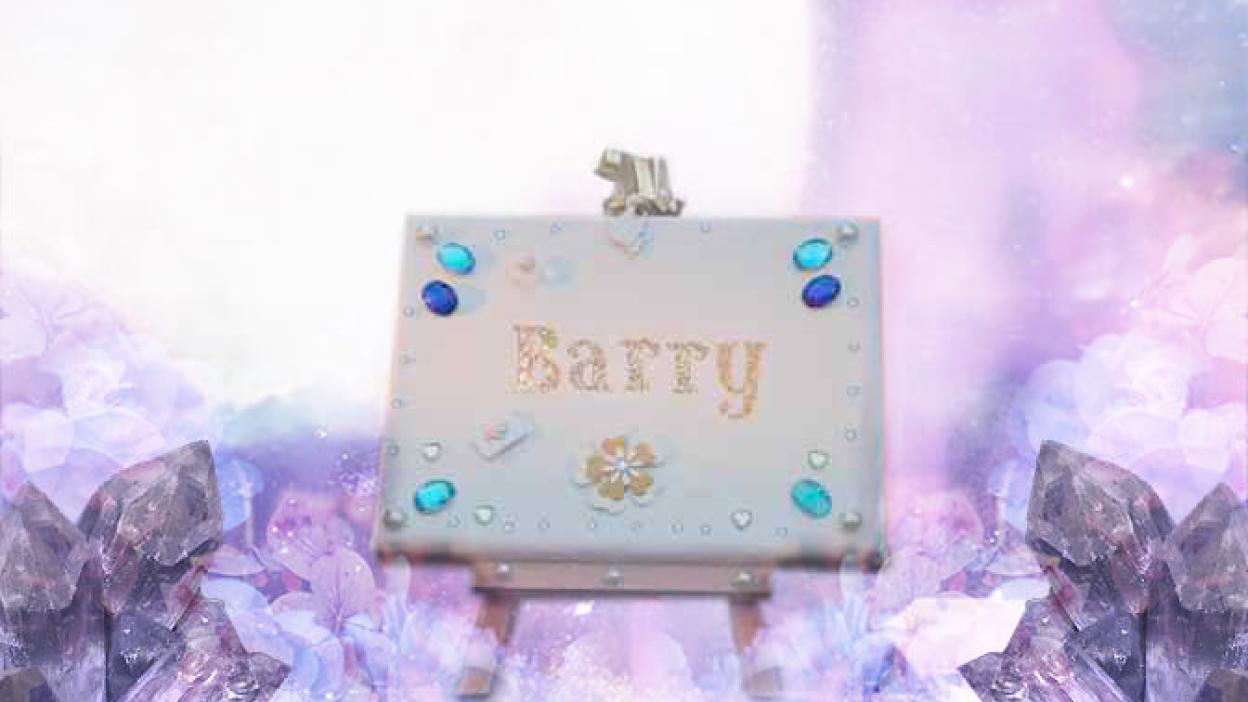 Barry is known as a surname and also a male first name. Its an English form of the Irish name Bareth, de Barra, Barrath, Barenth, Bearrach, Barold or Finbarr. Its Irish meaning is known as a spear. Barry is a surname that originated from de Barri, which is a French Norman name. This has been derived from a village in Normandy, which is also known as La Barre. Odo, Norman Knight was the founder of this family, who assisted in the Norman Conquest in the 11th century. Odo was gifted with estates in Pembrokeshire and Glamorgan for his military service in which Barry Island was also included.

The use of the name Barry started increasing during the 1930s to 1940s and attained its peak in 1970s when it was one among the top 100 names. But as on date the use of this name has considerably reduced.

Numbers are suppose to hold the key to our inner most personality. Each letter inside your Christian name has a number equivalent. Everything in life, can be reduced to a number, and each number has a meaning. In numerology, this denotation is converted into a useful tool for understanding our inner most secrets. Read on to learn what Barry means in numerology terms.

Having the number one as your ultimate symbol is a great omen! Congratulations! Being a number one is a great attribute, your personal expression number is the most important in numerology. You should focus on your own inner thoughts throughout your life. The numerology message of your name implies that you simply came into this particular world with essential leadership skills. These skills are helping you become a superior leader in this world. You're a an individual. Original. You stand out. Your dynamics are charged with unique hopes, you have a desire to make certain that you will embrace life with freedom, and you also need to focus on long term results. You are a brilliant teacher, but unfortunately, from time to time you need to follow other people's advice to become much better at communicating with people. You have great understanding of people, because of your leadership and powerful qualities.

The need for a wide circle of friends or family relations is critical to you. You also have great creative drive! Your personality features the excitement that others long for. Therefore, in terms of business, you can deliver many lucrative strategies. You might be good at obtaining what you desire from your career.

A large number of people who are in the military services hold this number, these consist of generals, corporate executives, and commanders. You must realize that you are on your own and completely unique. The name Barry is separated from all. A one will be the starting place, the initial, and the beginning. As a one, you present extensive attention to peoples feelings. This is traditionally shown in your attitude towards your love affairs, or during a project at work. Some people's expression number that equates to one signifies that they are likely to put their individual stamp on everything they acquire. Your a born leader! Even though those with a numerology sign of one seem so self-confident, the are also vulnerable. The worst thing you can do to a one is laugh at them. People born with the name that equals one find it hard to understand one another, so a one will rarely marry another one.

In terms of employment you have fun with setting up brand new projects. The actual demeanor of the person who's numerical sign falls within the "one" signifies that you'll be from time to time egocentric as opposed to self-reliant, specifically in a person's later years. When it comes to pastimes you enjoy productive things, such as gardening. You may be significantly authentic and hold numerous capabilities, such as being understanding as well as kind hearted. You could be a creator or head of department later in your career. Whatever your occupation, you will work hard to achieve in life. The aim that you have is to be described as a "leader" in relation to everything you do. The energy of your soul can certainly be thoroughly static and can also be expressed with regards to your originality, endurance, contradictions, seriousness, and a drive for perfection.

It is important for you to be unique, in relationships you strive to maintain an unbiased attitude. Being a one signifies your like no other. You seem to be constantly required to keep to your individual thoughts and take responsibilities for your routines. You become bored of things quickly detest incredibly in depth tasks.

Occasionally you may be too dedicated and become overly aggressive to others. You do have wonderful sociable skills. The unfavorable characteristics that you hold include things like being very egocentric as well as strenuous. It is advisable to discover ways to be self reliant in your life. You might possess numerous positive qualities that others envy. Nevertheless, normally, you're deemed a decent and kind person. Most of the time, you've got a pleasant, fine natured character, coupled with having many trustworthy friends.

Falling under the number one means that you will find others fascinating. As you are incredibly sensitive to disapproval you may not take criticism very well.

When you study for something, you often gets good results. It is inside you to aim high and be first in all that you do. The numerical signs of your name nevertheless symbolizes that you will certainly target many careers. You could potentially be unsuccessful at work that needs analytic qualities or financial skills.

When people tell you what to do, this is a difficult time for you personally. If you're not in charge, you are going to grown to be very frustrated when it comes to your career, and you may want your own business - so you can be your own boss. Avoid getting too dominating as well as giving too much advice. As one happens to be a initial number, it is a number of birth, the initial start of the universe. You will have a great life and show strength of will and conviction in everything that you do. It is common that you become forgetful. Lots of people who have a number one as there expression number want to enjoy a good sense of routine. It's also possible that you will be dominated by love, or perhaps the shortage of it.