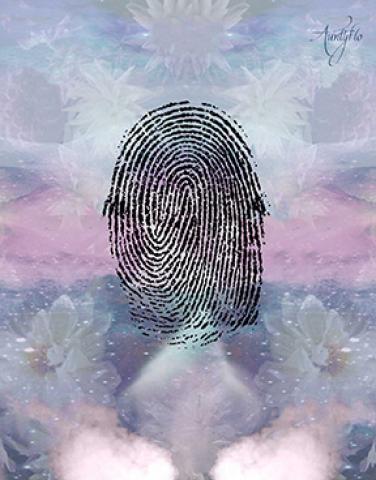 Nearly a quarter of the world's population has a whorl on their fingers. The easiest way to identify a whorl is by checking for the presence of one or more deltas. Fingerprints are connected to each individual person. The pattern of the fingerprint can be of different whorls.

At the beginning of each delta you will observe a slight curve that will make the delta look like it is winding up.

People who have whorls on more than three fingers known to be effective in what they do. These people love freedom, are independent and can easily get self-motivated. They are also talented. They have a high self-awareness but can be too individualistic in nature. These people are not easily influenced by their peers. To have whorls on all fingers means this person is easy to rebel when they believe something is wrong. They have no patience in their lives.

Most times they will have a relationship to other people at an individual level. They address individuals in the group rather than a whole group. In general terms, they are great lovers of solitude. This behavior of solitude will lead to the development of a sense of being segregated. People who have whorls on the thumb are capable of being analytical and think carefully.

To have a whorl on the Jupiter finger only means that the person's opinions are formed with a lot of clarity. They have fixed attitudes. People with whorls on this finger prefer to be bosses of their own businesses. They enjoy self-employment. If that is not the case, they would then prefer to hold positions of influence and autonomy.

They do not like to be referred to other people. They must have clear expressions in terms of getting a large portion of freedom. These people do not like to be treated as subordinates, they can come across as being rather arrogant. They like to be at the centre of everything in life.

This behaviour makes them very hard to move on with. They are stubborn when you force them to do what you think is not under their control. They have some form of respect for people in society. When they make up their mind, they are very swift in adapting to the new events in their lives. That is because they are not tied to a single way of doing things. They can only obey laws and rules if they are to their advantage.

If the laws do not have negative effects in life then they are likely to adjust accordingly. People with plenty of whorls on their hands have a tendency to reject society’s perspective and instead live on their own plane life. These people will have their own believe system and many other strange aspects. Due to their own opinions, they can be self-preoccupied as well as lonely. You can easily differentiate them from the rest in society by the possession of their unique but original talents. The whorl's on both thumbs this is a mark of being an individualistic person.

Historically, the whorl is normally found on the forth finger. There are whorls which at times resemble spiral or shells and the second type are concentric circles. The difference lies in the case that the spiral whorls are very closely arranged on the palm.

People with whorls are known to take more time to be trained but once trained, they respond as if by instinct.

People who have great ideas or are philosophies in life have whorls on the middle finger. These people can carry out original research in the world. These people have great faith and commitments to religion bordering on being unorthodox.

The subject who has whorls on the 4th finger is highly selective when talking about ideas on happiness and beauty. These people are known to follow their minds, they do not care whether they are ideas are too unorthodox or not. They do not leave their approaches just because some section of the society does not like them.

Whorls on the smallest finger will indicate that the person in question is a perfectionist in all undertakings in life. The subject is highly organized and can do all it takes to succeed. When this person is moved by what is happening, they can deliver some of the best speeches in the world. 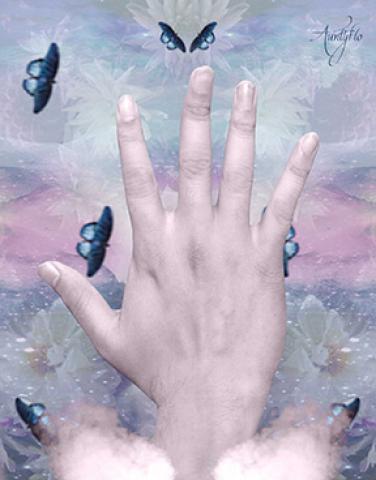 If the Jupiter finger is the longest finger then this is connected with the energies of Jupiter, is known in sections for the top being associated with pride and dignity, the middle with ambition and business skills and the bottom part of the finger handles the desire to be in charge as well as a lack of refinement on occasion. If this finger is smaller than the ring finger then this is common in males. For the Jupiter finger to be the same length as the ring finger then this is common for females. When straight and long (in comparison with the other fingers) it shows thought and economy. When pointed, it indicates quick apprehension; intuition; and a love of reading. With the first phalange long, it indicates religion; with the second ambition; with the third, love of rule. 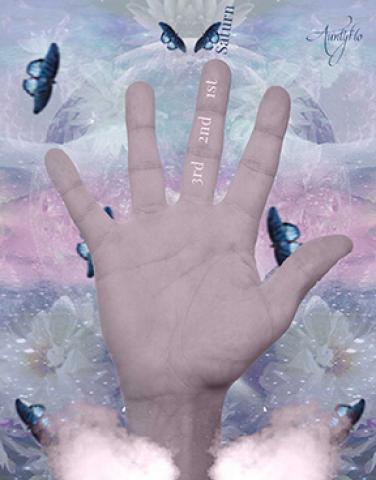 This finger is normally the tallest finger on the hand. It represents a person who is studious and superstitious at the top of the digit, known for a talent in work which involves detective work and then the bottom part of the digit would be focused on financial stability and being in charge with your money. Measure each digit to see which one is the longest to see what traits you hold. 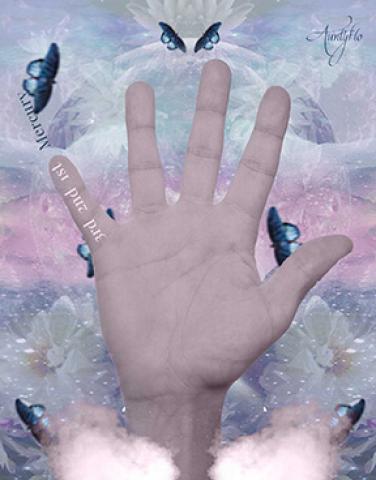 The Finger of Mercury

This is normally the smallest finger on the hand. This finger is known at the top of the digit to be able to assist in communication, with the middle representing the ability to practically communicate with others while the bottom tends to focus more on business and marketing, or commerce than on anything else. 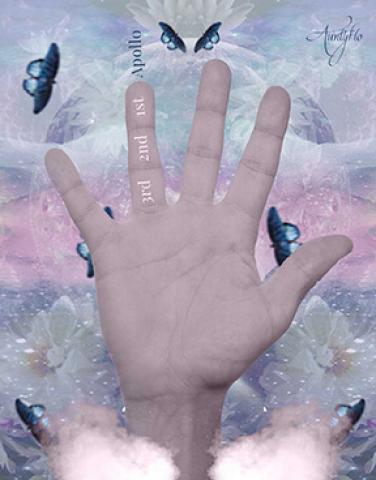 The finger relating to the Sun rules the energies at the top of the digit with a poetic and artistic ability as well as a flair for the dramatic. The middle rules strength in business interests and the bottom represents bad or uncomfortable tastes in things in the world. This is also known as the ring finger. In women this finger should be of equal size to the Jupiter finger. A vein goes to the heart from this finger, which is why it was chosen to wear the marriage ring.