Uncover the truth about your hand.

The intuition line is found on the left hand side of the palm, normally below the small finger and the moon mount.

This line curves away from the centre of the palm. The intuition line rarely touches the heart line and head line. A significant amount of people fail to have this line, thus, it is rather uncommon to possess this line.

If the subject has an intuition line that is clear and well defined then they possess great, and noble psychic abilities. This line was common on many prophet's. Commonly, it may be broken. In some instances, the line will appear only near the head line. When locating the intuition line, it is important to look for any triangular line. The depth of this line is indicative on how deep the subjects will use their intuitive personality.

A deep intuitive line is indicative of a solid connection with the spiritual plane. There are cases that an intuitive line has a varying depth in the palm of each hand. If the line is strong on one hand but not the other then the person may struggle with intuition. If the line appears on the lower end of the palm, the individual needs to listen to their gut instincts, they may be having the problem of listening to their own inner voice. If an individual has a strong head line in addition to the intuition line, then the subject will be in possession of spiritual guidance. These individuals may at times have dreams that are more spiritual in nature, they may get flashes that will equip them with the know how of various issues in life.

People with strong lines of intuition at the upper side of their palms, near or on the heart line, in palmistry, will be called natural mediums. They have a unique intuitive voice, this can be accessed by speaking through the “heart chakra” this means, their emotions will be dependent on those around them.

The major weakness of such individuals is their over exaggeration of events in life. This leads to problems, especially in the family. They have a weakness, to keep having contact with people even when they keep being hurt by them.

As mentioned previously, the intuition line shows the degree one is attracted to the occult. All the individuals who are air handed, with a strong line of intuition. Those who are earth handed, have low little chances, in some cases, they will have, but just the gut level line of intuition. Another important point of consideration in relation to seeing an island on the intuition line, is to note the position on the line itself. If an island is located at the beginning of the line, this means that the subject in early life worry about making decisions.

If the pattern of the line is broken and non continuous, the subject will intuitively dislike repetitive work, these people are unreliable, and to a large extent dislike authority. 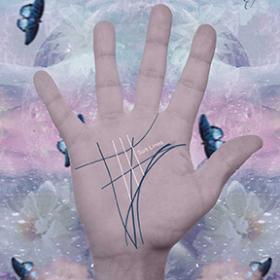 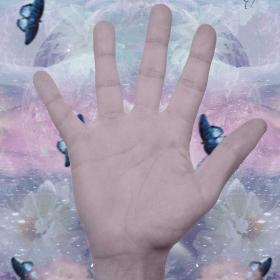 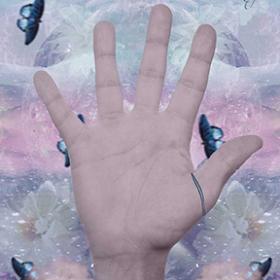 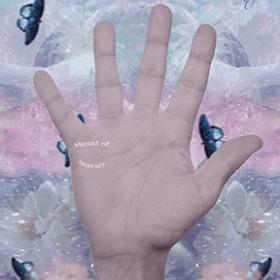