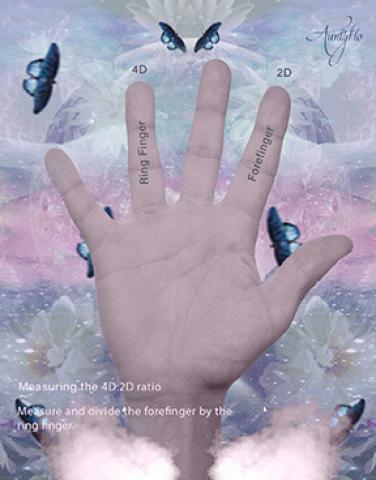 Can the length of your fingers predict your personality? According to the theory of the 2D:4D ratio they can!

There has been a large number of scientific exploration into the relationship between the index finger and the ring finger.

Scientists have made a suggestion that both fingers are exposed to testosterone in the womb. The ratio indicates prenatal testosterone levels.

The theory of 2D:4D ratio has been investigated in connection with the impact on our personality. Research has found that the majority of women have equal levels of the index and the ring fingers.

Males tend to have a shorter index finger than the ring finger.

There has been claims that if an individual has a long ring finger this means that they received high amounts of testosterone while in their mother’s wombs, and this reduces the length of the index finger.

Some of the personal traits that have been linked to the ratio include character, cancer's, cognition, diseases, and aggressiveness.

To find your own ratio grab a ruler and measure both your ring finger (1) in the picture to the left and (2) your index finger, from the crease at the bottom to the tip.

Then divide the index finger result with the ring finger.

There is a growing number of scientific findings to support the 2D:4D ratio. According to superstition there has been a connection between a man being well endowed, having big hands and large feet.

A scientific study carried out in 2001 by the; Cachon University in Incheon, South Korean measured the penis size of one hundred and forty four men over the age of twenty who were soon to undertake urological surgery.

They compared this to the size of the index finger. Based on this study, the lower the 2D:4D ratio, the larger the penis. A study in 1983 by Wilson at King's college, London looked at the difference between female fingers and the leadership qualities, and assertiveness in connection with the finger length.

In this study nine hundred and eighty five women returned a questionnaire on the length of their fingers and filled in answers to questions related to assertiveness.

Surprisingly, women with a shorter forefinger were more assertive. They also described themselves as being more competitive.

Men typically score below 1 and women score above 1

Facts about the 2d:4d ratio 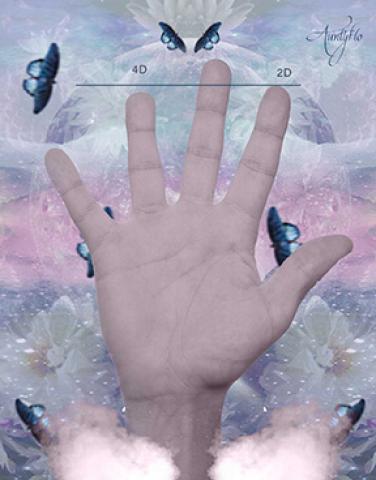 If you have a high level of 2D:4D then you are suppose to have high fertility. Many of the characteristics below have relied on the research of Manning et al, 1998. He researched three hundred and sixty teenagers from Danish population. The sample was from Northern European descent and there does seem to be a connection with the ratio to the nationality of the ethic population. The variation of the ratio was further explored by Bang et al, in the UK. The difference between the two studies showed that the mean was 0.97 in the UK and 1.02 in the Danish men. 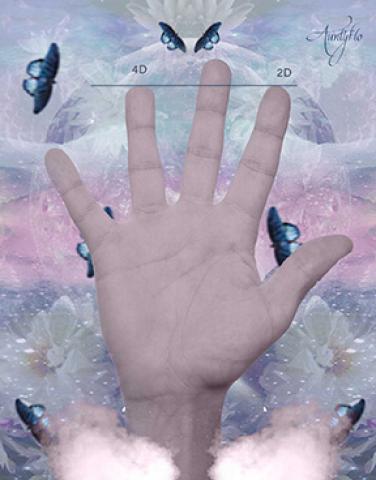 Most females have an average ratio of 1.  In most females the length of both fingers is usually about equal. This means a 2D:4D digit ratio = 1.00, while in men the ring finger is usually slightly longer, the average male has a low 2D:4D. If a male has an equal ratio it means that he may not like DIY or things that the "macho" man likes. He is normally an office worker or someone that like to earn money from leadership positions. 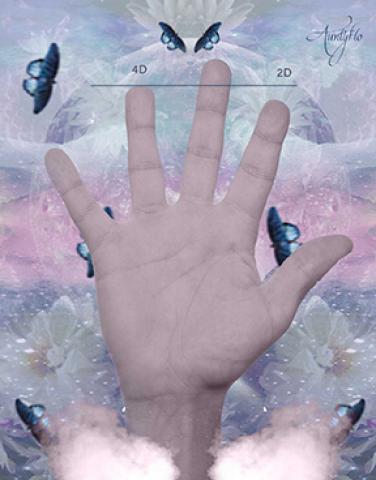 This is the typical hand for most males. It was concluded at the University of Bath that if the forefinger is shorter than the ring finger, this was normally found in those that excelled in numeracy. Long fingers with a short forefinger is linked to greater prenatal testosterone. In this study, scientists recorded the finger length of seventy-five seven year old children. If you are a male and you have this type of finger then you are considered to be a rather macho man.

There has been quite a few scientific studies regarding a connection with this hand and autism. Manning et al examined 72 children with autism. It was concluded many had this type of hand shape. It is not to say that all people with this hand type will have autism, it was  found that this is a hand type typically seen in children with autism, plus this hand is typical of the male and mostly males suffer with autism. Therefore, personally this conclusion should not worry you. This hand has also been connected with having great musical ability. 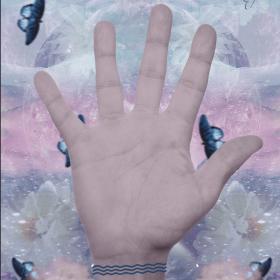 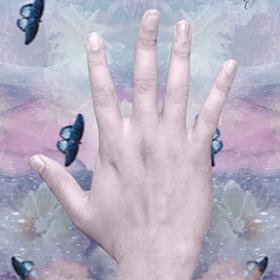