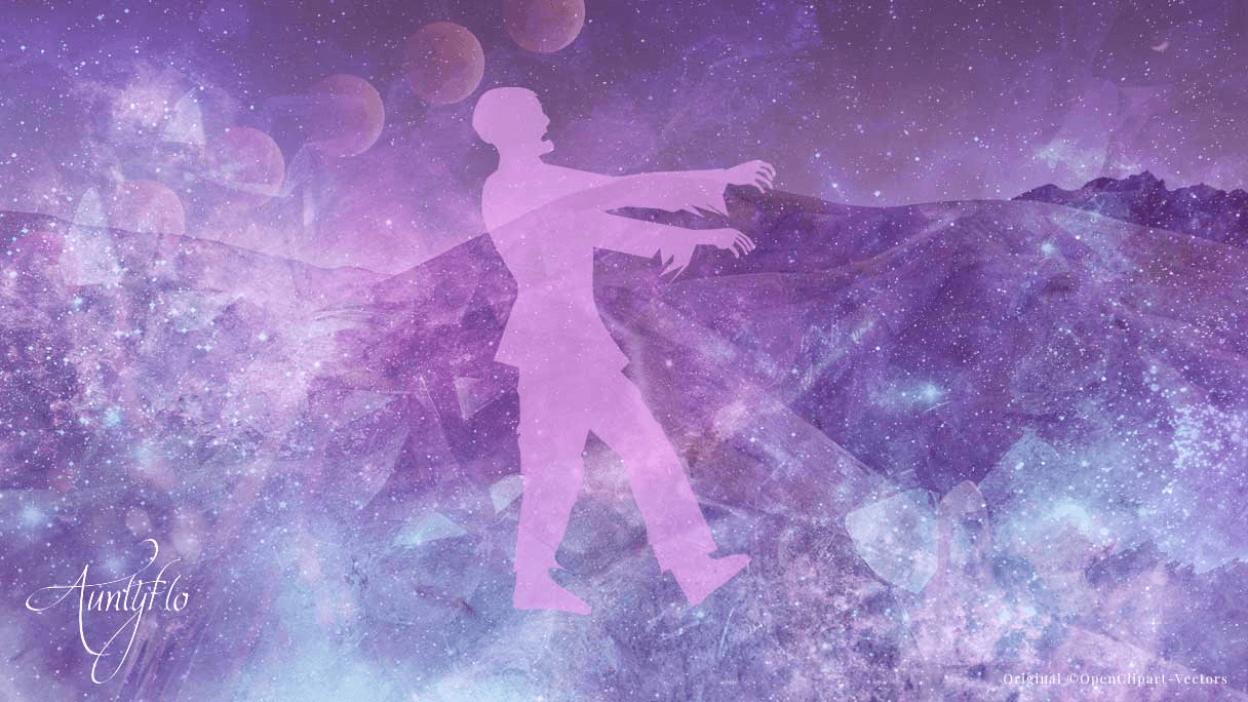 Zombies are all over the place. Games for children, on the iPads, phones, chasing pokemon even!

Zombie's are important in this day and age because of not only the media coverage but also because of what is known as the Zombie pandemic. So are Zombie's real? How has society been close to knowing that Zombies actually live among us?

A man called Wade Davies visited Haiti to investigate the zombie legend. He discovered the use of a potion that turned people into Zombies! The ingredients of this potion were made up of a number of deadly poisons found in a toads, spiders, and Pufferfish.

The most worrying aspect in his research was that the Pufferfish extracts poison that results in a human being being paralised, appearing dead but actually able to fully understand what is going on around them. The Pufferfish is known as a tetraodontidae, which is part of the following fish group: Swellfish, Pufferfish, Sea Squab, Blowfish and Toadfish.

Many Pufferfish are toxic and by far are the most poisonous of sea creatures. The Japanese eat the Pufferfish as part of fine dining, with specialists who ensure the poison (known as Tetrodotoxin) is correctly removed.

The poison can enter the human body by inhalation or through the skin. The effect's of poison on the Pufferfish results in one going into a deep coma but secretly they are still alive! After taking Tetrodotoxin they would still be aware of what is going on around them!

In different parts of the world, particularly in South Africa and Asia, people believe zombies live among us.

The actual word "zombie" originates from nzambi, which is Africa means "a dead spirit." So is Zombie’s real? Yes, is the answer a Zombie is an person with an empty body, the first history accounts of a Zombie comes from Haiti.

A Bokor is known as a Haitian witch doctor. They are connected to zombie’s in that they are suppose to have the ability to create zombies from a posion which they have taken from a puffa fish. The potion is suppose to freeze the body so it appears dead, and puts people in a state of mind control.

The person is unable to think for themselves, and are controlled by the Bokor. It is greatly associated by African Dahomeny religion. The religion believes that when one passes onto the other side there is a danger the body may turn into a zombie a Bokor.

To ensure that the body is not turned into a zombie the relatives stab the heart or alternatively remove the head so that the body is prevented from rising. It is believed that a zombie who eats salt is released from the control by the bokor’s.

In Africa they believe that you cannot tell if someone is a zombie - because they look like normal people. They wander from place to place, purchasing things, running errands, acting like the rest of us on a busy day. In fact, you would never think to look at them at all because they are so quiet. They tend to sneak around under the radar, but with a cloudy look in their eyes.

For hundreds of years, the myths and legends of zombies have been told and retold in many different ways. But did you know that it was actually a tale based on reality? The tale of zombies is as follows: one day a man crossed the path of a witch doctor (Bokor), he betrayed him.

Therefore, he used his magical power to turn them this man into a zombie slave for eternity. This is the worst punishment that could ever be imaginable especially for those who are highly religious. Death is supposed to end one chapter and begin the chapter of everlasting life with Christ in Heaven for the most part. The soul, tainted by black magic, would not even be welcome in heaven.

According to African black magic this punishment is reserved for the lowest punishment, and most wicked betrayals. Many stories describe a relationship between two brothers, one of whom stole the wife from the other and therefore the wronged brother went to the local witch doctor and asked for revenge.

Making a heavy payment to the witch doctor, a curse was enacted.

There is another famous story about a Bokor turning a man into a Zombie, recorded in ancient writings. In the middle of the night, a Bokor silently visited the home of a betrayer and he blew cursed powder into his face.

The betrayer woke in the morning to find that he was dead, yet he was consciously aware of everything going on around him. His limbs was as heavy as stone and immovable, his lungs no longer was able to take in oxygen, his bowels would empty involuntarily, and he was as cold as ice.

For all intents and purposes he was considered dead. Even though he was dead he was alive - still witnessing his family mourning him. Due to the witch doctor's powder he was made to experience his own torturous and terrifying burial but did not have the ability to connect with the living.

For days he lay, incapable of moving, slowly suffocating under six foot of earth. But because his body’s heart beat slowed to the point of death. The betrayer lost his memory, and in the end forgot who or where he is. When the mourners finished the loss, the witch doctor waited at the grave where he commanded to bury him eternity and turn him into a zombie.
The Proof is in the Powder.

How people are turned into Zombies?

What has actually happened is the witch doctor has poisoned the betrayer with a life threatening and debilitating poison known as Zombie Powder. As we have already covered, earlier in this article - Zombie powder consists of ground up Pufferfish bone and skin, a highly toxic fish known to kill those who ingest it or get pricked by it. When the fish remnants are ground into a powder, and blown into the face of an enemy, the person inhaling the powder would result in complete paralysis.

Losing control over their bodily functions, the poison would leak into the blood stream, poisoning the circulatory system causing the individual to go into a form of anaphylactic shock which would present the appearance that they had died.

What happens in reality is that the pulse becomes so slow that it is almost non-existent to the naked eye. In fact, this particular poison was so invasive and mysterious up until recent medical developments because it was so untraceable.

Those who have been poisoned by this powder usually die, not because of the poison, but because they suffocate within their casket, or are burned for cremation. In early times, in cases of this or other medical anomalies, bells would be placed outside of the grave, which had a string leading into the coffin in case the person, who died, wasn’t really dead. They would be able to ring the bell to ensure they were rescued.

In the case of the Zombie Powder, not only would one have to live with the terrifying process of seeing their own burial, but being suffocated to death. A few days later after inhaling the poison one would be able to move limbs and start to wake up.

The poison will have caused dramatic brain damage thus, no full memory of life other than limited memory would be maintained. Scientifically the brain try's to protect one from this terrible trauma by blocking memories.

However, the outcome of this whole process is that according to historic accounts the witch doctor would wait until the zombie has crawled out of their grave, and then chain them up and take them back to their home where they would forever, seemingly to serve them.

They would believe they are dead, because they basically went through the process of death. If one is uneducated they would believe that they had to work for the witch doctor as penance for betrayal and wickedness in life. Though this story sounds farfetched, in modern day's there remains accounts of this happening in rural areas of Africa.