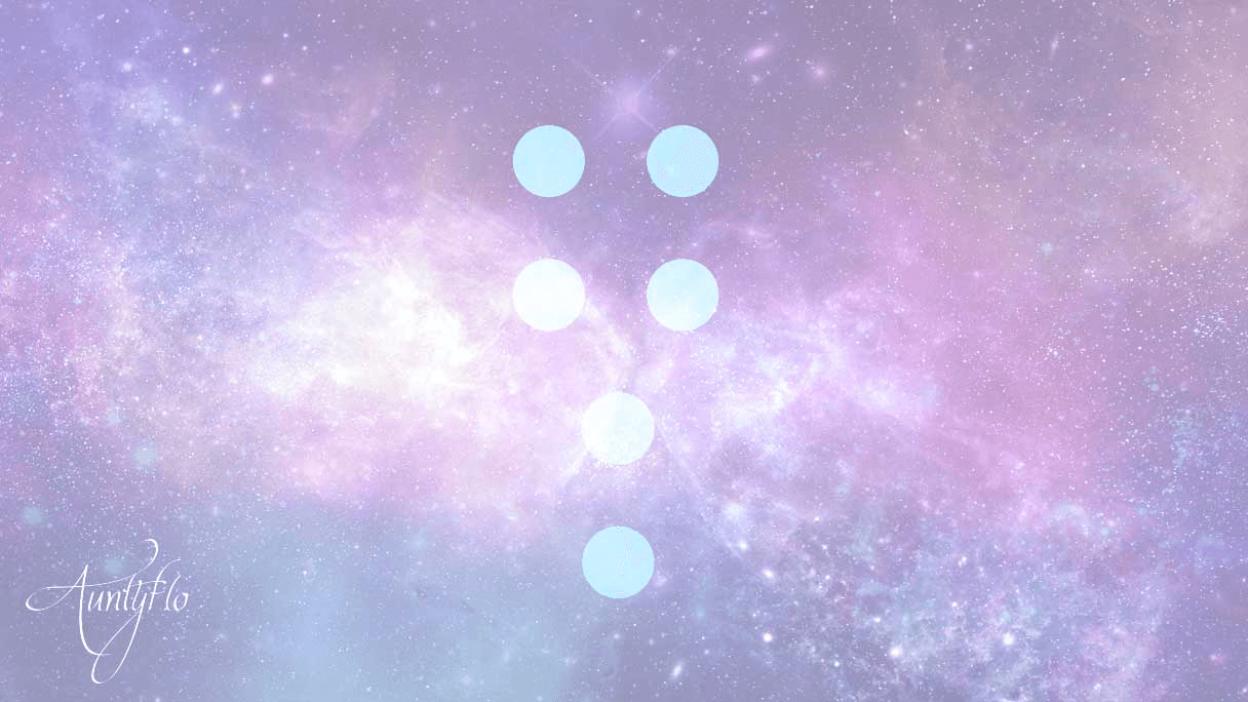 The geomantic figure of Fortuna Minor is an excellent indicator of good fortune, on a smaller scale.

The symbol’s dot patter is single, single, double, double, representing balance. It is partially active and partially passive, in equal parts. The base of the symbol, created with four even dots shows that the movement of the energy progresses up, and is linked with the process of grounding and centering.

If you aren’t familiar with this, it is where you draw energy up from the earth for invigoration as you allow your stress and negativity to settle back into the ground to be purified or processed.

Fortuna Minor, like it’s counterpart Fortuna Major, is connected to the element of fire which is a favorable indicator of power and manifestation. Since it is also linked zodiacally with Leo as well as the sun, you can bet that there is a lot of powerful forces at work behind the scenes when this figure is present.

Consider this a sign of established greatness, as good works are completed and recognized. Another way to look at this figure is that it represents a hard won battle and now is the time to rest and recuperate. It was a good fight and there are rewards, but they may not be as great as anticipated. In either case, Fortuna Minor is positive, albeit sometimes slow moving.

The influence from the sun with this geomantic figure is the setting sun. Again, this is a representation of an ending. It is often thought of as being represented by the Wheel of Fortune card in tarot, though some geomancers like to relate it instead to the Star.

Unlike Fortuna Major, which is powerful and ripe with possibilities, Fortuna Minor instead tells the querant to be happy with what they have. Depending on other figures that are present in a reading, but especially if Via is in a reading, Fortuna Minor is a strong indication that everything is going as planned.

You will notice that fire and air are the active elements in this figure, with water and earth being passive. There is a spark, there is oxygen to build the fire, but there is no substance to keep the blaze going. Now is not a time to make decisions, nor is it a time to perform any drastic changes in one’s life.

When you see Fortuna Minor in a reading, the best that you can sometimes do is simply focus on the positive. It can be seen as a “fake it till you make it” figure, reminding that while things may not be exactly as you want them to be right now, they could definitely be worse.

If you take the time to count your blessings, chances are that you have a lot more positive going on in life than you may feel. With that being said, it can also be an indicator of fatigue or exhaustion and not thinking clearly. The sun is setting and tomorrow is a new day. Take some time to rest and recover, as new opportunities are likely around the corner and things will most definitely be better tomorrow.