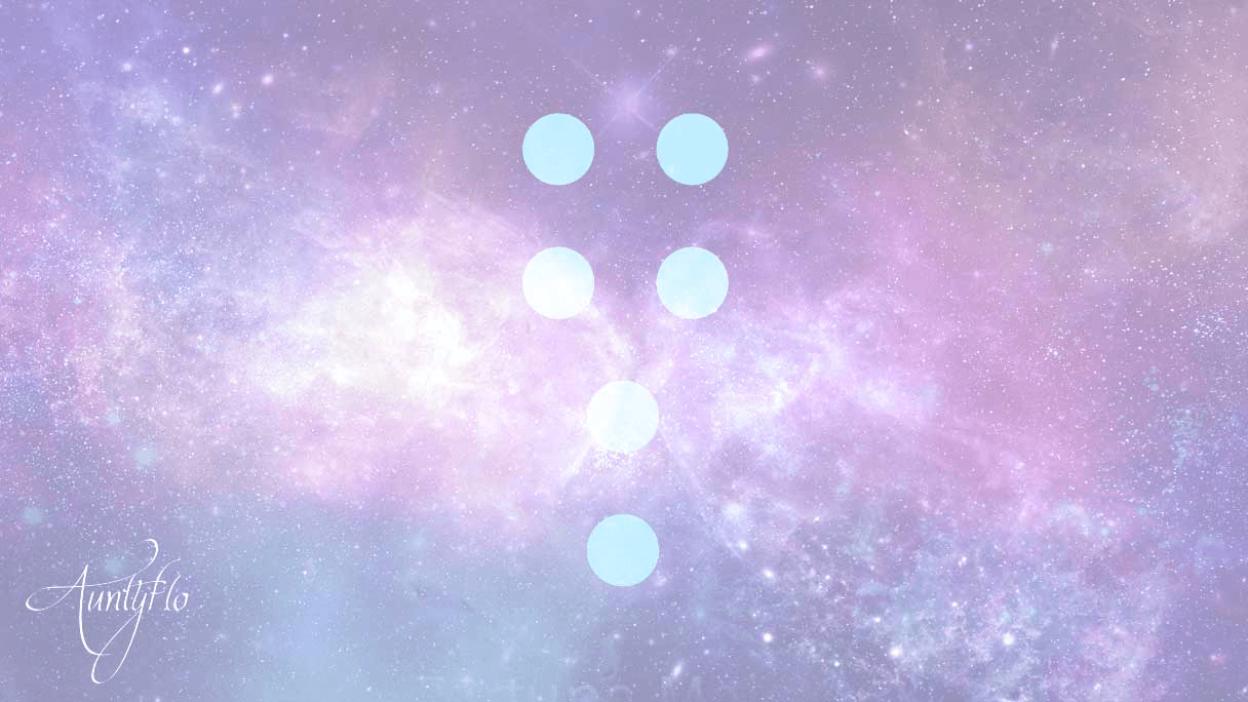 The figure for Fortuna Major is created with a dot formation of double, double, single, single.

While the Latin translation is “greater fortune” some geomantic practices consider this a sign inward fortune that represents the flow towards fortunate outcomes. In both cases, the symbol represents expansive possibilities and moving forward.

The name is likely based on the obscure shape. There are often dual yet positive interpretations of the symbol formation itself as a tree growing or a goblet full of wine. In the case of the goblet, ancient traditions described this as an albus which is linked to Arabian alchemy.

You may note that there is also another geomantic figure that is actually called Albus. Fortuna Major and Albus are linked because they are they are the only two geomantic divination symbols that are considered “12 positive”, which is to say that no matter what house they appear in, they are beneficial.

With Fortuna Major specifically, is strongly influenced by fire and also related to Leo which are both powerful energies in their own right. When paired with other solar influenced figures, Fortuna Major’s positivity is greatly enhanced. For example, if you see it with either of the Draconis symbols, you can rest assured that your life is coming together and that you are headed in the right direction.

Often, it will indicate a quest of faith or one that is destined to happen. Fortuna Major is usually seen as love at first sight or following your gut. It says that now is the time to trust your own intuition. If you’re considering a big purchase, say yes. Feel like taking a risk, go for it!

Similar to the geomantic figure Caput Draconis, Fortuna Major is associated with the rising sun. Solar energies tend to represent manifestation in all forms, providing a forceful push towards the future for a querant.

It can epitomize rebirth, figuratively or literally. This symbol often appears when a person is entering a new stage in their life. Of course, life changes are always challenging in some sense. Even though this is an inherently fortuitous card, it shows that luck is on the querants side.

The element of fire though, it is a primal energy and can be a bit too much for most after intense exposure. If you notice that Fortuna Major (or other sun influenced figures) appear in your readings often, take note. A good practice, when you notice this, is to actually take a moment and feel the gratitude for your fortune.

It can be good to remind yourself that you have it easy and while you may have worked for the abundance in your life, you obviously also had help on your side to get you to where you are. Don’t take your fortune for granted. Doing so will create a build-up of negativity, which over time could be enough to undo all of the good favor that you have been blessed with.