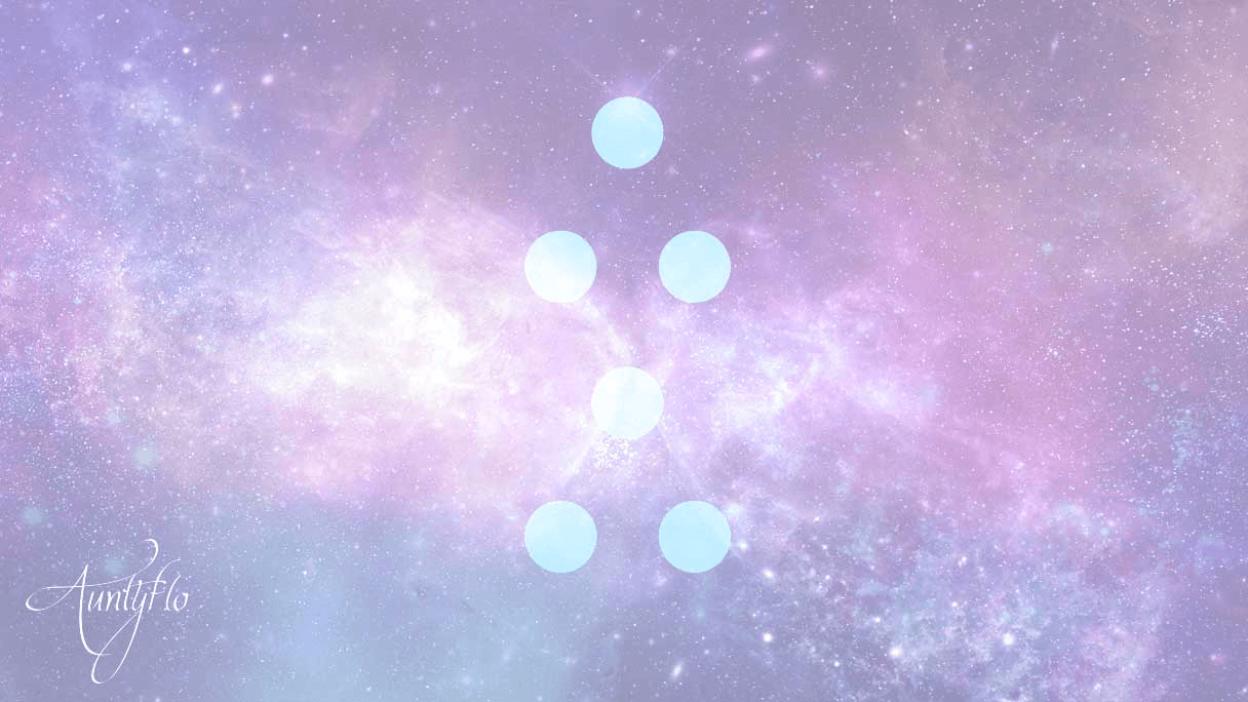 Amissio is formed by dots in the order of single, double, single, double and is similar in appearance to a coupe of upside-down bowls sitting one on top of another.

These empty bowls represent loss, which consequently is also what the name of this figure means in Greek.

This geomantic figure is well grounded, so much so that it is often an indication of dragging your feet or holding back. The weight of the world is present with this card. Because it is associated with the planet of Venus, Amissio in a reading can indicate troubles with love or relationships.

It doesn’t always mean divorce or a break-up, but it indicates losing something important to the querant and this loss will have lasting effects.

The two of cups in tarot, when reversed has a similar meaning to this geomantic shape. Like the card, when presented inverted, you can expect to lose something when you see this figure.

If this card is present in your reading, especially in a house that pertains to the wife or luck, it is a sign that you need to be wary of any upcoming changes. If you have been feeling stable in your life, be prepared for sudden changes.

With that being said, most people don’t enjoy sudden changes. They are abrupt and usually cause frustration. The element of air is active and strong in this figure, which doesn’t usually help matters. This influence will often produce angst and spur the mind, sometimes being seen as angrily saying things one shouldn’t or internal neurotic dialogues and anxiety.

The good news is that air is an inherently vacillating energy that generally doesn’t have the wherewithal to produce long term issues for a person. Like Amissio itself, it changes suddenly. For this reason, the influence of Amissio is said to be transitory by nature, for better or worse.

When you see this figure in a reading, you likely have a chance to choose the change that must be made. However, it acts as a warning sign that if you drag your feet that you will loose this opportunity or that the change is about to be made for you.

The best advice is that when this figure comes up that the querant needs to take the simplest action to change course. They will likely be in a situation where they want to take control, without understanding that there is no control to be had.

Think about a clingy person in a relationship, holding on too tight to a person, almost trying to will the relationship to work. They may be jealous or unreasonable, but all of the efforts they make are pushing their partner away, even though they are putting out a lot of effort. The message of Amissio is that now is not the time to resist, but rather to go with the flow. Lay down your arms and question your judgment.