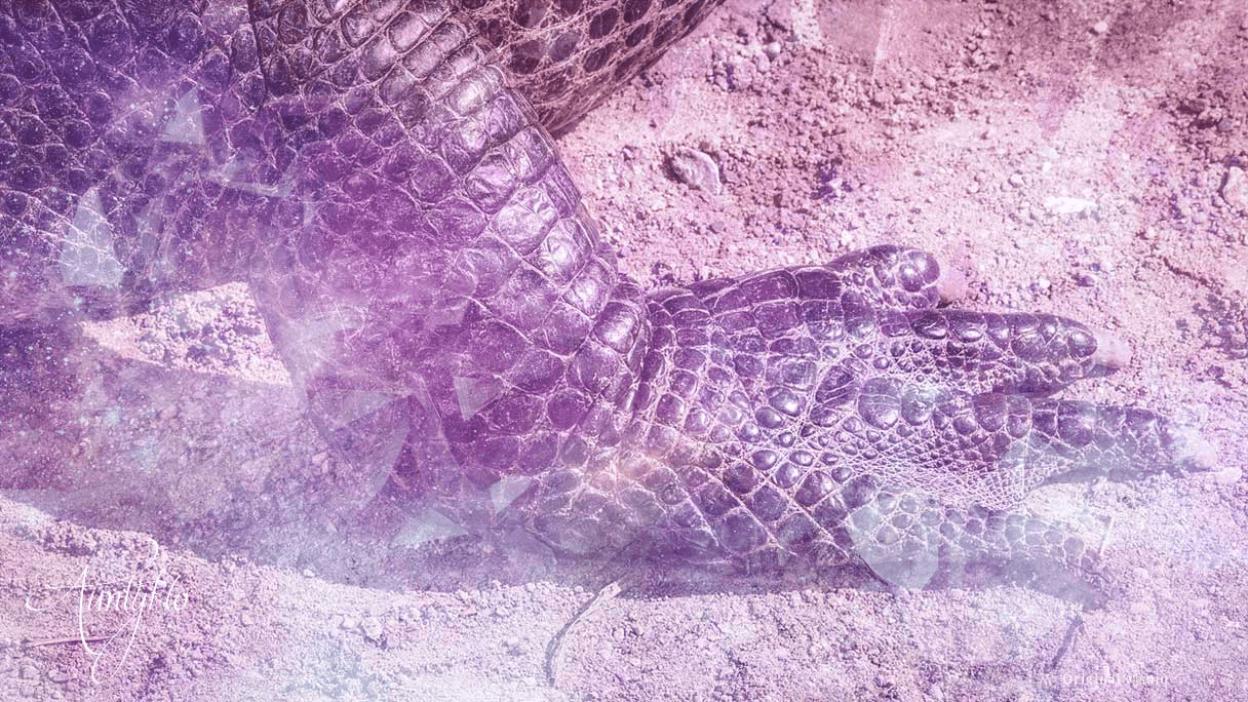 Alligators are found lurking in the swamps and marshes of the southern states of United States.

Especially in the states of Florida and Louisiana.

The word alligator originated from the Spanish word “el lagarto” which means a lizard. When the people from Western Africa were brought to Louisiana by the French to work as slaves in their plantations, they brought with them the Vodoun religion.

The open practice of this religion was banned by the Christian church of the French. Even though the practice was banned, the African slaves carried on practicing Vodoun or Voodoo traditions and rituals secretly.

One of the characteristics of this Voodoo religion was an amulet worn by the slaves called Gris Gris.

The Gris Gris bags contained Herbs and roots which were believed to have magical powers.

The African slaves believed that these powers could be manipulated for personal gain. It was thought that the slaves used Gris Gris bags to take revenge on their masters.

The African slaves, who worked for the French regularly came face to face with alligators. As the years passed, more and more American slaves became acquainted with the habits and skills of the alligator.

They found that the alligator normally lunges to catch its prey and holds on to it with its strong jaws.

The legs which are equipped with long claws also help in drawing the prey into the water to drown and kill it.

They observed that after the prey gives up its struggle, the alligator uses its teeth to bite off chunks of meat from the body of the dead prey and then devours these chunks in single gulps.

The African slaves were rather superstitious and were fascinated by the power of the alligator’s jaws, teeth and feet.

They used the teeth and the feet of the alligator as a good luck charm. The energy employed by the alligator signifies the power to hold onto things in life.

The slaves were fond of gambling and many used the alligator’s teeth and feet to bring them luck in financial matters.

Anointing alligator’s teeth and feet in oil was common and keeping them inside Gris Gris or mojo bags.

Sometimes they would wear the teeth or feet of the alligator around their necks like a pendant of a necklace.

With the abolition of slavery and declaration of slaves as free men the custom of wearing or carrying the alligator’s teeth and feet as a good luck charm became public knowledge.

The custom has spread all over the world from the African slaves to the natives of Florida and Louisiana, to the French, British, Dutch, Portuguese and other colonies and ultimately to the present generation.

People wear alligator teeth or feet round their necks or carry them inside Gris Gris or mojo bags to bring luck in gambling pursuits.