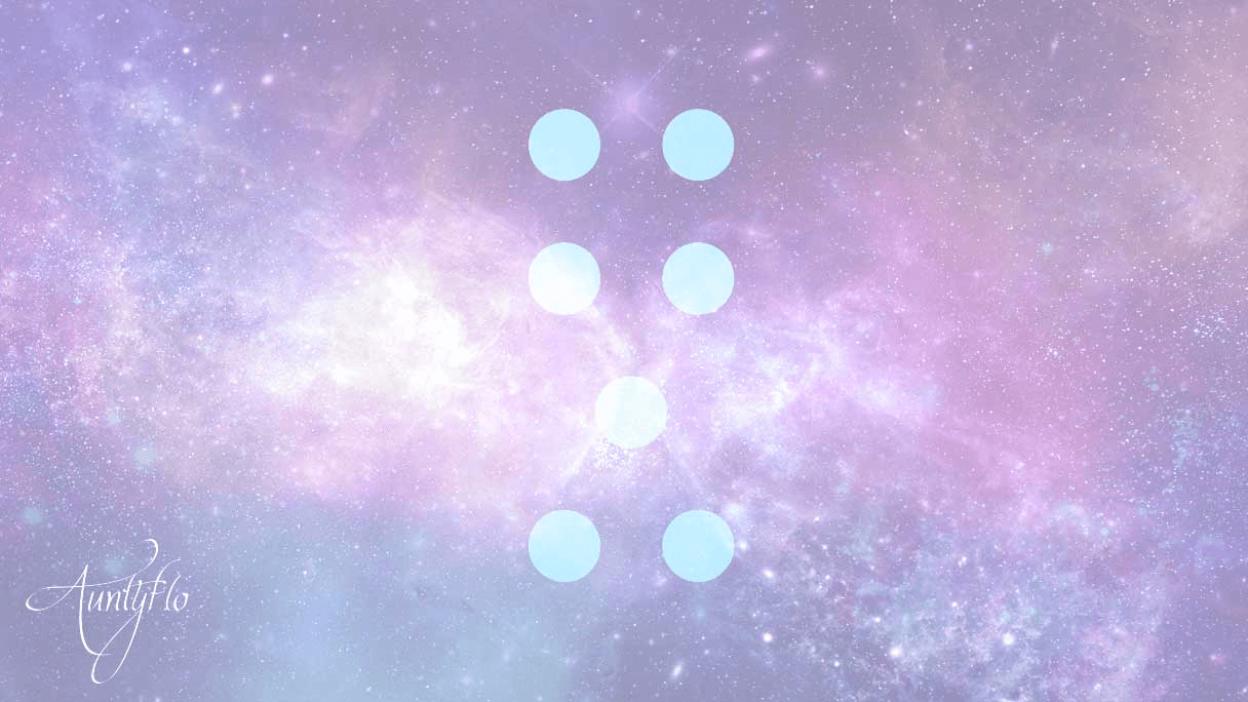 The geomantic figure of Albus is presented as a dot formation of double, double, single, double.

The Latin translation for the Albus is “white” and it is often considered a pure card, indicating a time of peace and consistency in one’s life. The dot formation placement represents the figure of a drinking cup or goblet, which usually signifies water.

However, the element of Albus is air and the ruling planet for the figure is Gemini.

Unlike it’s comparative figure counterpart, Fortuna Major, which also is seen as a goblet, but with a narrow base, Albus has a wide foundation with the bottom nodes being even instead of odd formation. It is important to note that most traditions do not see Albus as a fluid energy, because of the connection with air.

A good way to remember it is to consider the elemental air energy, which is also associated with Aquarius. Aquarius is represented by a cup, but is the water bearer and is a zodiacal air sign. A more mundane way to think of Albus is like puffy white clouds that gather water droplets over time, carrying them through the sky until it is time for it to rain.

Of course, having an active element of water as well, this geomantic figure can contain some emotional connotations. The energy of this figure is strong, tackling uniquely tricky areas of a person’s life including the process of deep thought, insight and self-control.

This symbol is usually seen by those that are on a brink of a breakthrough, which can be good or bad, but is almost always a favorable indicator to keep moving forward.

What happens if you don’t want to move forward though? People tend to get stuck in ruts and when this happens, the combination of chatty (both externally and outwardly) Mercury and the sometimes somewhat neurotic influences of Gemini, Albus can be the instigator of madness.

Depending on the house placement, but especially in those concerning romance or life goals, Albus can represent over fixating. Taken too far, the innocent curiosity that is inherent in the figure turns into a twisting maze of internal dialogue.

Seeing Albus in your reading can indicate that things are taking off or perhaps more aptly put, that the sky is the limit. Positively, it can indicate finding a equalizing point where thoughts and feelings come into balance.

While things are bright on the horizon when Albus is present, this card comes with challenges too. Consider for a moment that growth is painful. It is not an easy process and often times it is resisted. That being said, remain hopeful when you see this figure.

It is often a reminder that the querant is usually in a solid spot in their lives and should be encouraged to trust their judgment and use their own innate abilities to find a solution to their problem. In the cases where it is not, it is obvious.