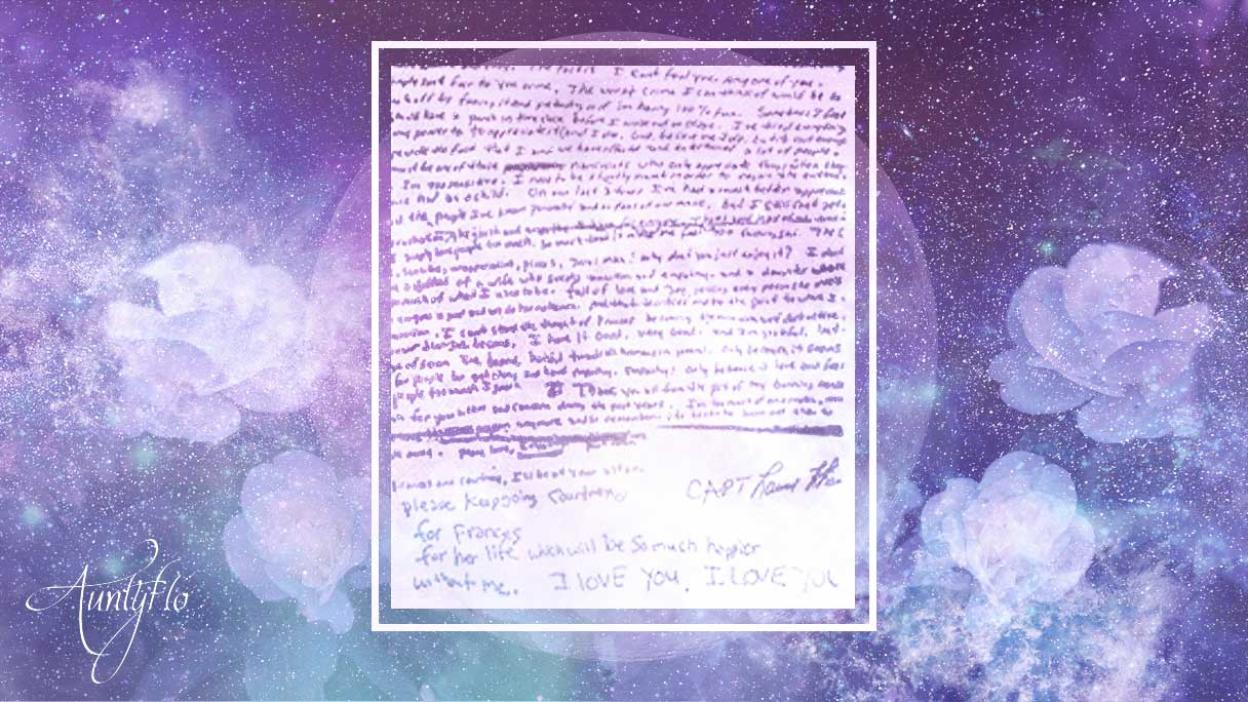 Suicide is one of the most heart wrenching experiences for loved ones and action filled with despair and depression.

Some would say that it is a selfish action on part of the person who commits suicide while others understand that the act of suicide is often suicide is unexpected, and a loved one might feel completely alone, even though they have people around them who cherish and love them.

Since Suicides have been going on literally since mankind began to walk on this earth, Graphologists have found it to be extremely important to analyze the messages of those who have committed suicide, because in a sense, when one is about to kill themselves, they are the most authentic they could ever be.

They don’t have to worry about how they are going to be received or judged. In this, it gives handwriting analysts something to study which is outside of the normal day to day profiling.

Suicide is something that affects the old and the young, no one group or dynamic, is exempt from this.

Thousands of people commit suicide every single year and they range from race and creed to gender and sexuality. Often times, they can say, the suicide takes place between 25 years of age and approximately 34, but even that doesn’t really express all of the numbers accurately.

These are just the deaths which were known or concluded to be self-inflicted. The numbers are so varied in fact, that each year, each state takes tallies to determine if their suicide rates are up or down and that often helps the legislatures understand how the economy might be affecting the people.

In Graphology the study of Suicides is important because if they can track a person’s handwriting that is being investigated, or if there is a depressed child or teen, the writing will be evident on the kind of behavior that they are prone to participate in.

This means that if they can look at some of the writing, they might be able to help someone before they choose to commit suicide.

In suicide notes the writing tends to be very relaxed, because the person has made their decision and are sure about it. However, in the months leading up to the suicide the degrees of intensity within the writing is practically palpable.

They might stop capitalizing, or their minds might be so busy that they begin to capitalize in mid word, or in the middle of their phrase. The beginning of the sentence will be intensely written, almost with an overly exuberant pressure on the page, but then toward the end of the sentence it might be practically nonexistent.

All of these elements factor into someone who is trying to decide whether or not it is worth it if they live this life or choose to take it.

Another element of potential suicides in writing is located in the way that a word might be underlined or punctuated.

Often times a period could look like a dragged out line, or a sentence which describes an emotion word such as ‘anger,’ might be underlined multiple times.

This shows the upset nature of someone who might not last much longer in this world.