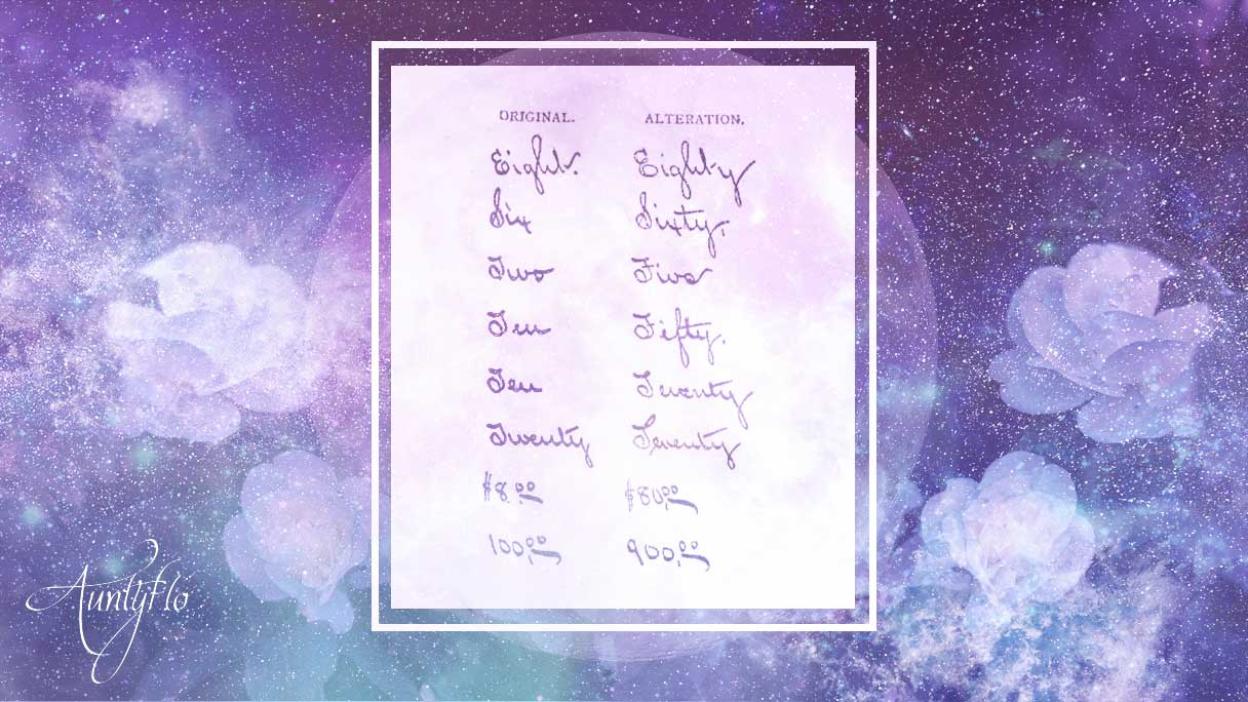 When a person is obsessed with sex this comes across strongly in their writing because they can’t help but commingle the letters in mass of affection on the paper.

Most of the time this kind of sexual compulsion is harmless, a person might be avoiding their other issues or other problems in life in order to focus on sex, but that happens to a lot of people in different ways, and we all have our vices.

But there are varying levels of sexual compulsion which one must be aware of in Graphology so that one can make an appropriate match up if assisting in an investigation.

First of all, a person who compulsively combines their lettering with the other letters in a sentence and those who create curly capital letters which appear to be consuming the other letters in a phrase or signature show that there is an almost dangerous obsession with sex, and the pages can be somewhat colored by the caress of this person.

If someone is being interviewed for sexual abuse, and their writing is this way, it definitely will show that they have a sexual compulsion which may or may not sway a jury if the person was to stand trial.

In general, this is the kind of person who is likely to become a sexual predator simply because they don’t have anywhere for their compulsion to go.

When a person’s writing goes from a simple caress of the paper and moves onto something a little more dark and intense, this is showing that the sexual compulsion is now making a turn toward the violent. Instead of being satiated by looking from afar, they must take action; they must play a physical role in the lives of those they become obsessed with.

This is why so many serial killers also have insatiable sexual appetites that are considered compulsions.

They are the types who are absolutely not in control of their urges; in fact their emotions are such that they are not able to really look past the compulsion and in fact have to act on their strong desires.

In investigative reports there have been documents showing the variations of violent possibilities with those who have been arrested, and the more erratic the writing the more likely they are to have either already committed a violent act or will soon do so.

Of course one can’t hold a suspect on the idea that they might hurt someone, but one can hold them if there is evidence that they have.

Those with sexual compulsions are not as sociopathic as serial killers or serial rapists.

Their emotions are right there on the surface, and they cannot hide who they are despite their best efforts.

This makes them easier to catch if this is all that they have going for them. Of course, much of the time in serial killers, a person is both sexually compulsive as well as sociopathic, which enables them to hide behind a façade of fake emotion.