The Schizoid Murderer Symbol In Handwriting 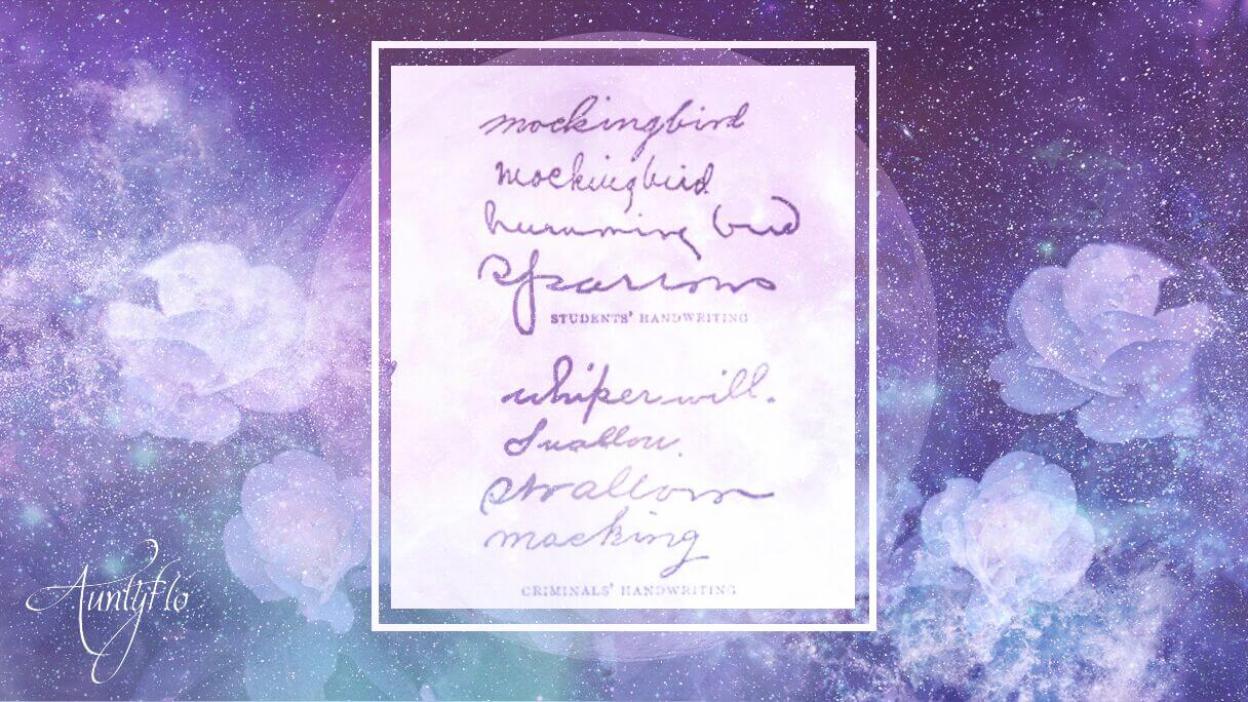 I bet you are wondering what massive trait is present in all criminal handwriting.

Here I am going to look at common traits in criminal handwriting. A Schitzoid is related to a person who is defined as having a significantly large ego, so much that they alienate themselves from the rest of the world because they feel that they are better than others, or must cleanse the world of that which is unpure, or uneducated.

This mentality makes it easy to simply release oneself and the worlds of the pressures which bog them down in their lives. Hitler is a good example of what can be described as Schitzoid because he envisioned himself as more of a god than a man. They also tend to be the murderers who will murder in cold blood but who planned out every single detail of this murder.

The Schizoid personality In Graphology

So, what is the schizoid personality? Our personality holds our own internal thoughts, feelings, and behavior. This is what makes us who we are. Sometimes people have a diagnosis of a personality disorder and this will cause us to think differently from others. There is a number of personality disorders but criminals may have a few. Paranoias, schizoid, schizotypal, and antisocial. I’m here going to look at the schizoid personality and handwriting traits. In order to do this, I need an example of handwriting from someone who has this in their letters. These people cope well in life. They may not have psychotic symptoms but have ups and downs (don’t we all!)

Let's firstly take this example of handwriting. You can see this writing below is tense, notice the difference between the upper and lower zones which means the demeanor of this person is up and down. 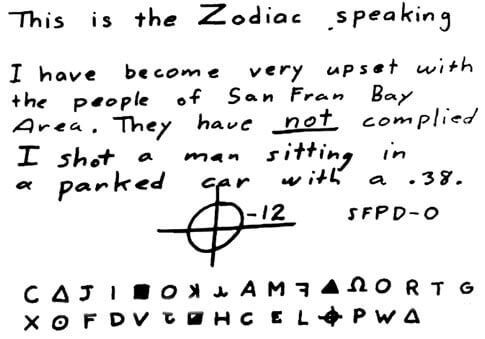 Personally, I don't think this is the real zodiac killer. Look at the way the writing is not joined together. It is a massive trait as it shows complete separation but also a massive ego in the letter "I." Notice how bold the "I" really is. Handwriting analysis is not only becoming more popular in modern-day crime-solving, but it is also a very important and growing science that makes it possible for law enforcement to profile potential killers or those who may have already committed a crime.

A person’s writing reflects where they are emotionally, and if someone is agitated enough to be violent, or has a violent kind of temperament this will come across with relative ease in their writing if you know what to look for.

When a person is happy, or full of joy, or even relatively carefree, this will show up in certain curly style letters, or with a relatively easy line for the baseline of their writing or signature. If a person is confident or believes in themselves, they will usually have a line underneath their name which shows that they are supported no matter what.

But if a person is off mentally, or if they are angry enough to hurt others, there are certain things to look for. This brings us to the different kinds of personalities that are capable of hurting others or have the potential at the very least.

In matters relating to murder, as that is the first that comes to mind when it comes to violence; in Graphology, there are many different handwritings of murderers which have been examined, and of them, about eighty percent can be categorized as what is known as the Schitzoid murderer.

Some might even consider assassination style murders, those which are pragmatic, as being Schizoid. Within the handwriting of this kind of killer, there is a separation entirely of the emotion and the mind which one causes separates as the ego and superego. In this case, the writing of the person when they are living their normal, non-killer lives, will be entirely different than when they are in the ‘killer’ mode.

This will be clear because when the Schitzoid is in the ‘killer mode,’ they will write irrationally, or even in an erratic manner. The ink might be blotched, or blurred, the paper may be torn from the sheer pressure of the writing utensil.

This shows a person who is utterly out of control and is trying to impart their intense messages to a world that will never understand them. These types of killers are completely unpredictable and should not be approached when discovered through graphology. It is simply wiser to contact the police and allow them to sort it out.