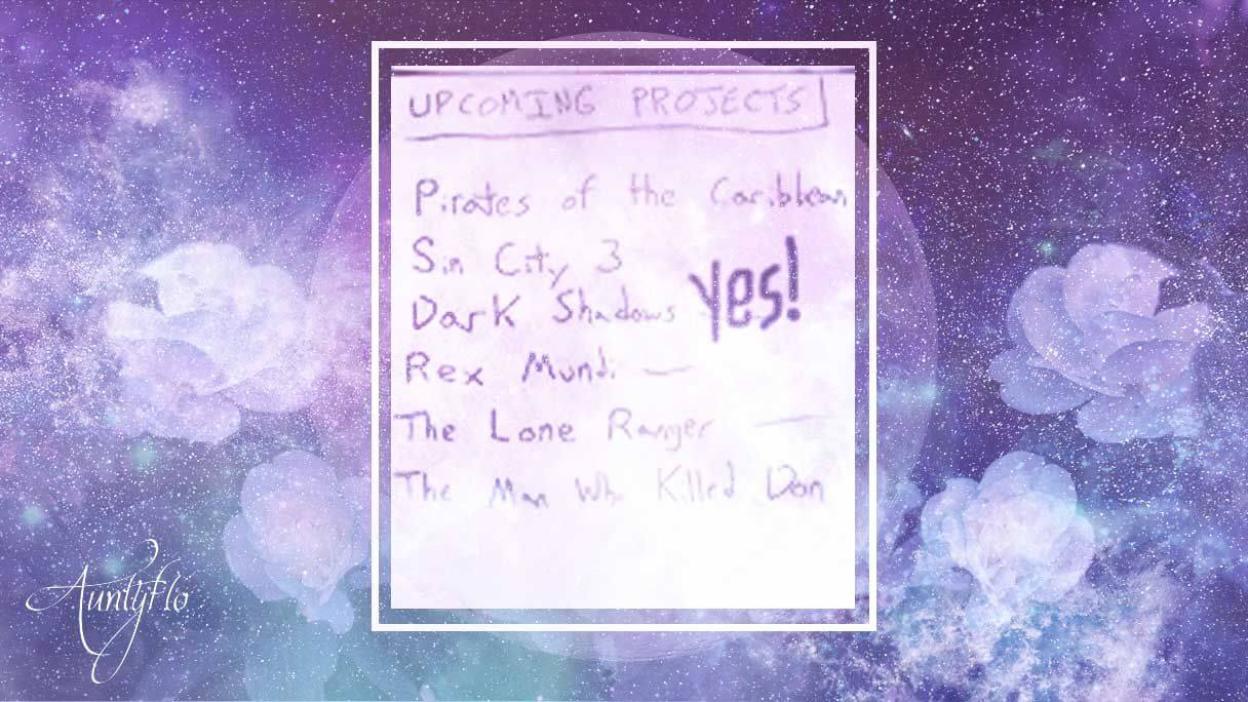 Johnny Depp is a well-loved actor all over the world.

We all love Johnny Depp. From his writing, I have analysed his loops and this clearly represents someone who is versatile, caring, deep, intense and mysterious. Thousands upon thousands all over the world want to know what is beneath that svelte exterior, and so we take a look at this handwriting. The first thing that stands out is the letter "Y" look how it is written in capital. This can mean someone who is super creative! 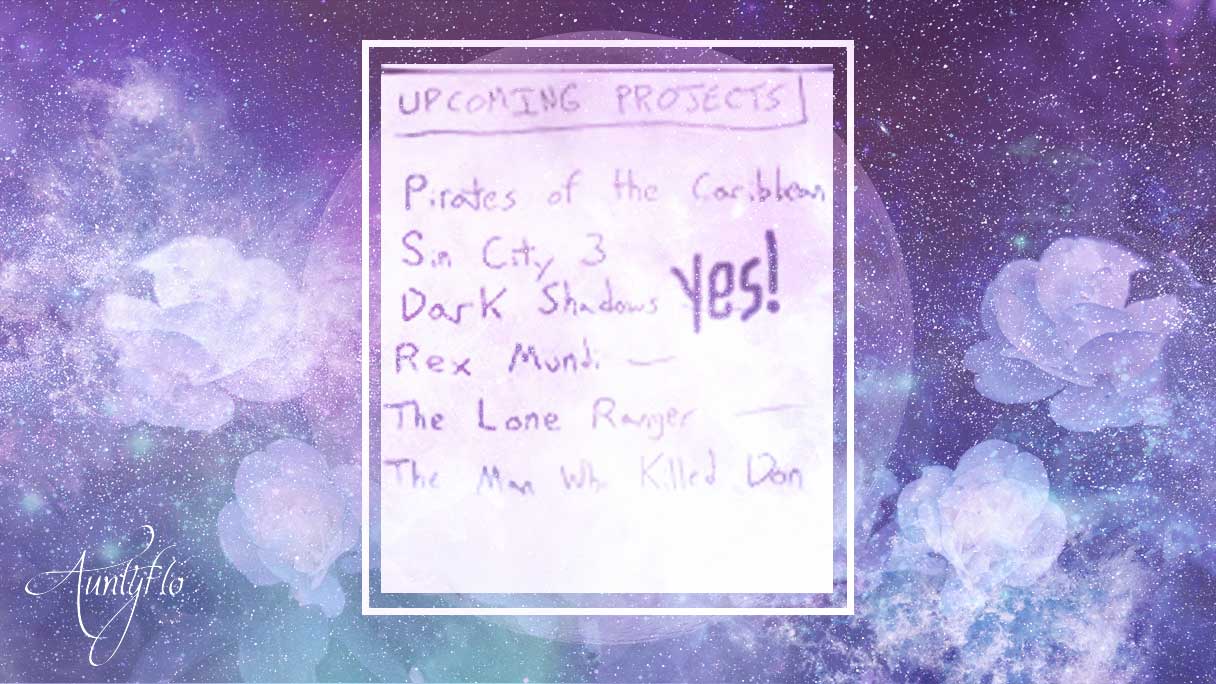 Johnny Depp has been making the mark on Hollywood since he first arrived on the scene, and he has never hidden his interesting and idiosyncratic behavior.

The rumors of mysterious romances travel wherever he goes, as do the tales of his collection of creepy props from all of the movies he has made with Tim Burton.

It is hard NOT to want to be a part of his everyday life, because he keeps himself so sequestered into a cob web of mystery. But his hand writing tells us what we want to know.

The "T" is joining the smaller "h" which means this is someone who is highly creative, capable of extreme acts of generosity and kindness, but he is also someone who when they love, loves deeply and in secret. It is important to him for his public life to be public but that his private life, especially in matters of love and romance are kept extremely secret. 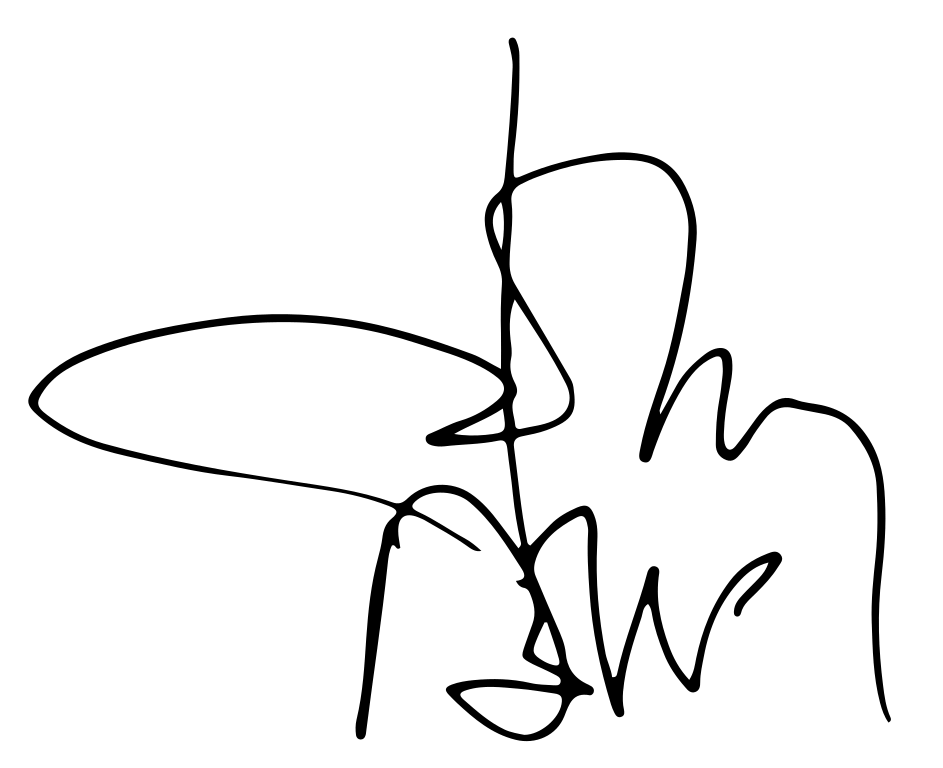 The way that his signature curves into a creative structure of a T like cross and the large loops of his J represents a person who feels deeply and intensely and who knows what they want, but who isn’t afraid to hang out in the darker elements of life now and again.

His very famous signature has changed over the year as he has grown as a person and an actor, therefore we can see that he is constantly making changes to who he is personally, as well as who he is in his various acting personae.

This shows a person who is capable of being comfortable and healthy in relationships and in life, but who has a dark enough side that there is a constant need to purge oneself and be reborn again and again. Throughout his professional career, this is what he has done.

Like the phoenix dying and being reborn in flame from its own ashes, Mr. Depp continues to create himself and recreate himself over and over again so that he can improve who he is as not just an actor, but as a person.

He is the kind of person who feels the suffering of the world deeply, as is evidenced by the intensity of the lower case borderline cross flairs. He knows that he cannot help everyone, but he does what he can in order to help the masses live a happier existence.

He does all of this in his own small, and secretive ways. We also see that he is the type of person who surrounds himself with avante guard people, who think similarly but stand out on their own.

He has no interest in those that ‘blend in’ to the wood works. He enjoys being with people who stand out, whose characters are sharp or even pointy and bizarre.

The people he surrounds himself with, who have a more interesting taste about them makes him feel at home and in this kind of comfortable energy he can creatively express himself without fear of judgment.