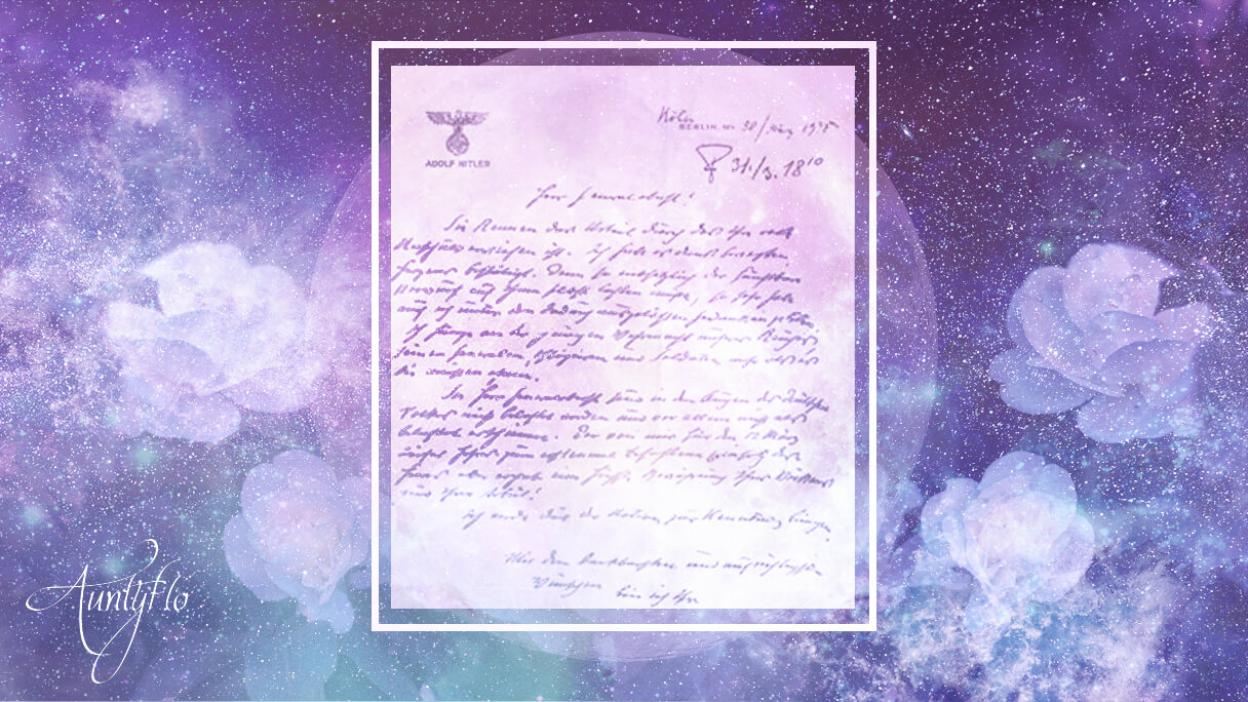 Adolf Hitler was a German politician as well as a leader of the Nazi Party during his reign.

Born in Austria he was a notorious dictator who was responsible for killing thousands of people in an attempt to ‘snuff out’ those who were not a part of his ‘new, pure race,’ of white skinned, blond haired, blue eyed, Arian nation.

Hitler was a very emotional person and in his handwriting the fact that he has so many angles shows how very hostile he was and angry about the world at large. It is often said that perhaps he was gay, which is why he hated gays.

Or perhaps he was part Jew, and since he hated himself, he had to snuff out everything that reminded him of himself. He was far from beautiful by his own standards, so psychologically he was and still is to some extent, quite the psychological phenomena because not only was he exceptionally cruel, he was also able to charismatically convince the public both through his energy and through brute force that he was right to mass murder anyone not like his chosen race.

The right hand in his writing tends to slant more diagonally which shows that he can sometimes get pulled away by the way that his emotions come to him.

He felt things so strongly that he was practically drowning in his impulses, which is why some would say he had so much charisma.

He was just so emotionally connected to his words! This is evident in his writing. The actual base line changes, almost in an ebb and flow manner, it as though he questioned the strength of his own convictions and lacked stability in how he felt, which most would say now that he was in some ways, quite manic and of course should never have been running a country in the first place.

Controlling his emotions almost never happened, he allowed them to completely run all of who he was. Overall, in his writing, it is noticeable that he put a lot of who he was into his words, and so the signature would close in on an almost violent baseline running downward. He is also known to be erratic in his handwriting style.

We also find in his writing that he was hyper intellectual and an excellent strategist, and he was rigid with his decisions after making them. Therefore this inflexibility shows up in the way that there are no pauses or breaks, or even separate brush strokes showing that once he put words to paper, the decision was made.

Unyielding and cruel, his margins on the right side of most of his writing shows a significant tendency toward suicide. This leads graphologists to believe that he did in fact commit suicide when his reign began to fail.

He was simply not going to ever be able to deal with the consequences of such a violent regime, and since he was a victim of his emotions, it would make sense that he would sporadically kill himself.