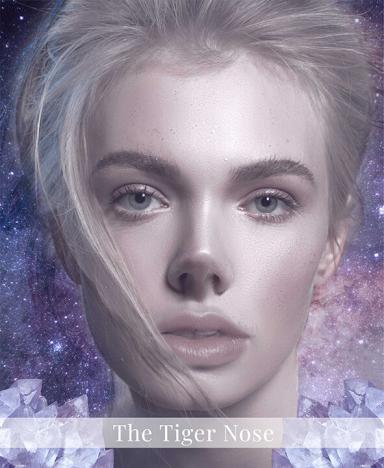 This type of nose is slightly shorter than the dragon nose.

It has a rounded tip, and the nostrils are much wider than those of the dragon nose. In most instances, the tiger nostrils appear as if they are hidden. This is presumed to be the second-best nose type one can have after the dragon nose. People with this kind of nose usually have a very high status and hold the highest positions in life. They exhibit a great sense of responsibility and duty when they are carrying out their duties.

They enjoy a lot of respect from other people, and hardly do they live a life full of uncertainties. They have a clear guideline on how to pursue their goals and dreams in life. Their respect is usually attributed to their hard work and exemplary leadership skills, which are always for the benefit of the majority.

They are endowed more with authority than wealth. This means that they are people who enjoy privileges and everything that has to do with power and nobility. They are always close to or on the same level as the ruling class.

As much as they may joyride and walk tall through the corridors of power, they may not be very rich. They are believed to be sufficiently rich to the extent of meeting their needs without much ado. Working hard is one of their priorities because they also believe that having insufficient resources makes their ends meet.

It is true that these people have so much power that it may cause fear, or even intimidation among people near them. They are found in the company of classical nobilities and tend to exercise control over every little thing that comes their way. Though they have the looks, more often than not, they do cause fear of intimidation.

They have a lot of respect and dignity for human life and integrity. They appreciate every little effort that may be put forward to enhance a smooth and efficient control over their territories.

They are representatives of the powers that be, and are therefore seen as elements of power of the ruling class. As much as they may be associated with authority and power, they do not end up as trustworthy people in many cases.

One of their most highest positions is being bestowed with power and authority to exercise it.  They are never in the company of the low class unless it is at the point where they have to take full control of them.They are the best leaders in whatever capacity they can occupy.

They love being appreciated in every step they take in life. They are very successful in making friends and also maintaining those friendships. They build their fundamental principles to relationships on co-existence. As a result, they work hard to maintain every of their friends since they also command a good level of respect from the majority of their followers.