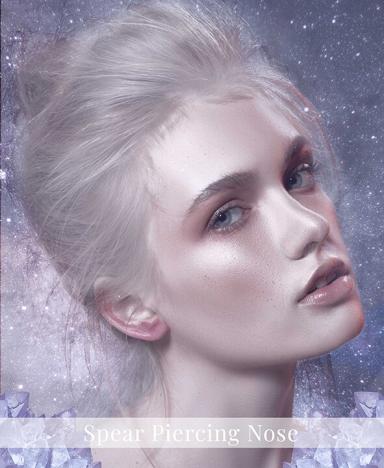 This is a nose that is characterized by nose hair that usually sticks or hangs out at the opening to the nostrils.

It makes one look so awful and very unattractive.

In spite of this, such people have characteristics that make them very poor managers of themselves and their wealth. It is common among this class of people to accumulate and hold wealth for a long period of time. In the event that they are restored with the duty to earn and make money, it is believed that they have very poor skills to manage any of them. As a result, they easily lose their wealth and end up crumbling.

Most people seem not to trust them with the duty to lead in any given project so as to facilitate an income generation or even a management of one’s finances. They are so flashy and love to spend more than they can generate. More often, they are found in the company of their friends and love spending so much on things that they cannot generate any extra income.

On the other hand, they are the kind of people that can easily regret. It is believed that this category of people does things without taking everything into account and considering the aftermath. This is a major weakness that makes most of their lives so unpredictable, and as a result, they always live on wishful thinking that is full of regrets.

Their greatest motivation is the desire to hold money in cash. It does not matter how they earn it, but the most important part is that they appear before their close friends as sufficient and not wanting in any way.

They are believed to be the kind of person that never goes too far in reaching great heights of excellence. They seem to be doing something, but hardly do they accumulate enough for their future use; for them, the future is the present and they tend to portray a carefree attitude in approaching real-life issues. They are hardly entrusted with leadership skills as well as roles.

Their working environment is believed to be that which is so strict and requires very close supervision. They are thought to be scapegoats and do not accept liability in the event of any misfortune. They cannot produce a pleasant output unless they are closely monitored.

They are believed to have pseudo hearts in relation to love. They do not exhibit a true sense of loving their spouses more than their friends. As a result, they tend to love and dedicate their time mostly to their friends, more than they do to any other person. They have many friends, very few who matter in their lives, but they finally end up being a darling of the majority.