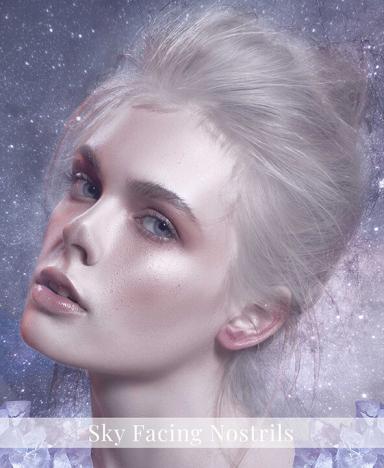 As per the name, they have noses with nostrils facing the sky.

Since the noses are upward facing to heaven, they are said to be upturned.

It is believed that people with such noses are very generous, and at the same time, they are magnanimous. They are known to have a large heart that gives out so easily, with an intention of trying to see other people happy no matter what.

This trait makes them one of the groups in life that hardly holds onto money that comes their way, no matter how long this will be. As a result, they tend to have serious financial problems through their lives; in fact, they rarely achieve financial stability.

The upward and upturn nature of their noses is believed to be a clear sign that their wealth constantly keeps flying away, and it is very hard for them to retain any wealth in their lives. They aren’t money savers at all.

Any amount of money that they earn keeps flying away; they also carelessly give out money, which gives them the profile title of non-savers. This is a weakness that categorizes them into poor financial managers.

Recklessness is naturally a part of their personality. It is a known fact that they have no accountability on every bit of their wealth that they share and spend.

In most instances, they spend their money with some of their close allies in lavish parties and celebrations within a very short period of time, and as a result, they end up saving little or no money at all when they are in possession of money. It is believed that these kind of people face scenarios that keep little of their wealth in their hands; therefore, most of it goes to others.

People that have these noses are also believed to work in places that expose them to friends from whose company they derive a lot of solace. They do not have the potential to hold paramount leadership positions in any organization.

In their love life, it is the worst time for them. They can never succeed in any marital relationships because their spouses initiate and facilitate the process of squandering part of what they posses. In the long run, they may be drained of all or most of their wealth.