Scar on the Nose

Scar on the Nose 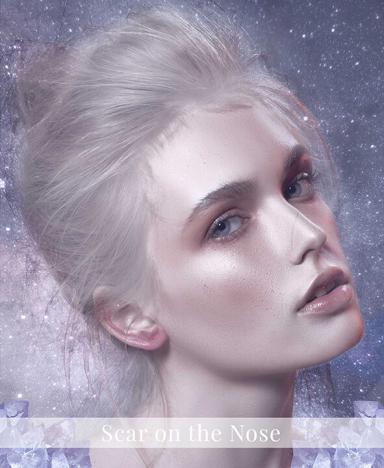 A scar is very distinct from either a line or lines on one’s nose; therefore, it should not be differentiated.

The bearers are believed to have the potential and capacity to make money and wealth. They are believed to be hard-working, and they sacrifice their time and other resources to create and earn more wealth. Despite the fact that they participate so much in wealth creation and accumulation, there is the belief that money is easily lost from their hands. As much as they make a lot of wealth, they have the weakness of holding onto money. They are spendthrifts.

The real problem begins when much of their concentration gets shifted from investment planning to wealth creation. Balancing double-minded strategies between wealth creation and spending is their major challenge in life.

Some scholars have proved that, in the long run, these people end up being the rich-poor, since their wealth is lost so quickly and can never reach sustainable levels, no matter how hard they try to work hard to accomplish their dreams.

They are believed to achieve average targets, but only after working hard.

They are deemed to work best in environments where they can demonstrate their entrepreneurship skills. They are suited to working for themselves instead of others, and they are never endowed with the skills of long suffering and endurance.

In terms of relationships, it is believed that they find it so difficult to hold onto friendships. Maintaining relationships for a long period is their major weakness, and as a result, they end up with few long-term friends. They quickly fall out of people’s lives.