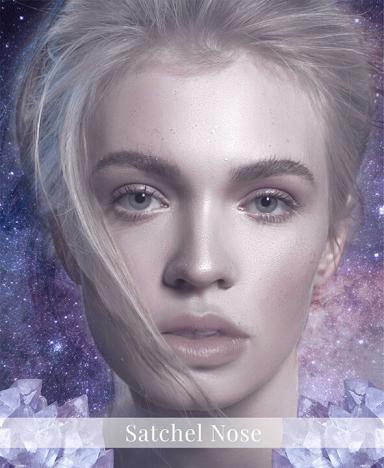 This type of nose is so easy to identify.

It is very small and has wide nose wings and a moderate, bulbous nose tip. A mountain root to this kind of nose is also narrow, and this eventually gives this nose a tied sachet shape with a tight pulled opening.

These personalities are few in number, and most of their life, they are perceived to be icons of success. More often, this category of people undertakes everything with a lot of wisdom and keenness; they do not linger upon things that do not add value to their lives, and on the contrary, they easily let them go.

Then why do most people treat them with a lot of regard and reverence? In most cases, they are the kind of people who walk up the podium to receive awards for their achievements and accomplishments.

They are blessed with great talents and plans and possess the highest degrees of self-discipline, respect, and sacrifice. Whatever course in life they may pursue, it is believed they always have the greatest vigor and motivation from within to do it. It does not take them long to make a decision on whether or not to do so.

Once they realize that something is up for grabs and may need their input, it does not keep them worrying so much, but the only thing that comes into their mind is how to make the best out of it and be the best for that matter.

It is very important that they are always the highest achievers. In most cases, if not all, they have the type of personality that is famous within their sphere of operation. They are not just people who belong to themselves, but also the category that is known by the majority.

Usually their success is enjoyed and felt by most people, who at the same time, appreciate every little contribution they have made in society. The most unusual thing about them is that they may not always be as some people think.

Sometimes they are perceived to be very rich and have a lot of material possessions. However, that may not be the case. They actually have much less than they can be thought of having. They are considered to live a good life than that of a fair human being.

In their working life, they are the best achievers and believed to work by themselves with very little support from people whose help they may need. In their love life, they consider love to be paramount to them. They also have very good public relations skills, and this keeps them pursuing their life missions.