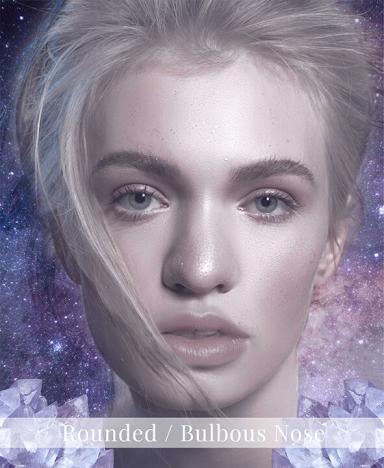 A rounded nose is presumed to be plump by nature and fleshy with a rounded curvature at the tip.

Being kind and considerate is part of the traits of people who have this nose type. It is believed that such personalities have an in-depth intrigue that motivates them into helping themselves and others. They participate in projects that may be helpful to the needy, and at the same time, those that may seek their assistance.

Benevolence is part of their life. They have a strong belief that by helping others, one becomes more successful, as compared to when one holds back their helping hand from helping others. They trust their efforts by having a belief that the only best way to help themselves is by helping other people achieve their dreams. They believe in Karma.

Most people perceive the bearer of a round nose as understanding. They are focused on the well-being of other people around them. They are perceived to be forgiving. Whenever an individual wrongs them, it is believed that they do not hold a grudge.

There are some incidents where people believe that they may use other people to achieve their goals, as long as it is in their due course. The rounded-nosed person is believed to have great luck in whatever undertakings they may decide to pursue. They are thought to have the capacity to earn wealth, and at the same time, accumulate it.

Usually, they are successful in terms of wealth, social life, and accomplishing their dreams. They never become miserable at any point in time. Their generosity gives them an upper hand in making a great public image.

This personality loves an environment that makes them reach out to the masses.

They are best suited in careers that enable them to give back; for example, the Red Cross and any other community based organization. Moreover, they tend to practice preaching and evangelical exercises.

They are naturally persons who easily catch the eyes of other people. They also have the heart to love.