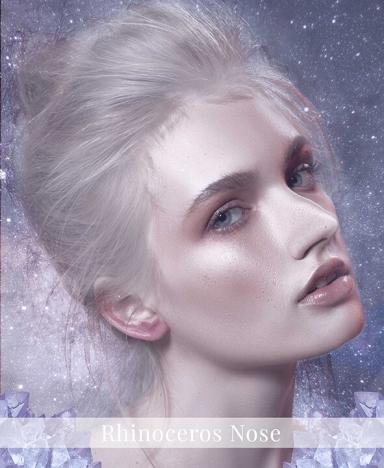 This is a nose that has a spread bridge that covers most of the space between the eyebrows.

It appears long, but is hardly fleshy. This nose type is well-anchored, sturdy, and does not look bony in any way.

This class of people is highly talented in whatever they do, and this is what gives them the impetus to push and move forward to achieve their goals in life. They have a comparative advantage when it comes to talents, and that’s why they always shine in various contests. More often, they are high achievers, and the society treats them with a lot of regard, respect, and reverence.

For instance, many of them successfully undertake any job that is in their line of duty. In comparison with other people who do the same job, it is believed that they eventually end up the best, and their results are always the most admirable of all.

These people have a lot of authority and status, and in most instances, they command much respect from other people. They cannot be easily delinked from authority. It is very common to find them being very authoritative in their fields of operation. They are believed to be perfectionist by themselves.

By exercising authority, they believe that it is the only possible way they can reach out and influence other people in the most constructive way. They do not command respect by chance, but they are always respected due to their good conducts, which are socially acceptable. In most instances, they do things for the well-being of the masses.

They are the best authoritative individuals who are fully talented with the most decisive ways and means of doing so. They are the ideal examples of good leadership and governance, and as a result, they can work perfectly well in case they are granted a chance to lead. They command a lot of respect, and as a result, they can easily reach out to all classes of people with a lot of ease. Due to this, they take up most leadership roles and are believed to be effective managers of themselves and other people.

They are usually very loving and understanding of both family and friends, and to a great extent, they offer support whether it is needed by new people or ones of familiarity. They do not like losing friends, and in the event they demonstrate authority, they are always straightforward, very openhearted and kind enough.