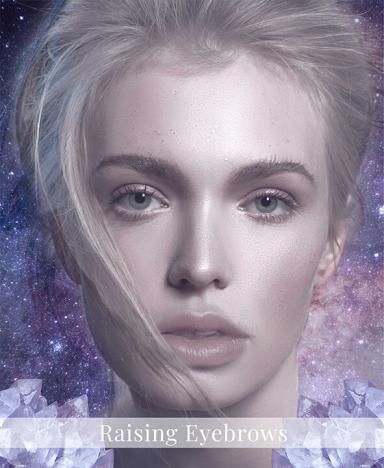 By having raising eyebrows this means that the subject hairs grow directly upwards and in a vertical manner, rather than sideways.

This gives the image of a person who has a rather temperamental and volatile personality and is prone to getting annoyed at the slightest thing. People with such eyebrows are mostly driven by their emotions and like to argue over things that are not that important.

They can suffer serious mood swings that make them hard to control. Most of the time, they are engaged in sibling rivalries because of their nature that gets other people offended. In some situations, these people fail to adapt to various situations because of their inflexibility.

They are advised to avoid early marriages. On a positive note, they are great at leadership positions and like to control other people. This is what they are good at in life.

They can be quite negative when it comes to problems and situations. Finding it extremely difficult to rectify any problem or to find a solution! The best advice for the bearer of raised eyebrows is to think about things from another person's perspective, this will aid them in helping resolve issues and conflicts.

This person does not like any conflict and tries their best to avoid it. The bearer of such eyebrows is also focused on working hard in life. They enjoy having many hobbies. Things such as swimming, keeping fit and watching their diet are activities they enjoy.

Another personality trait of the raised eyebrow is that they also tend to very easy going. They are open to new ideas and think about others. It is very much like dealing with a person that enjoys taking on the problems of others and makes a great friend.