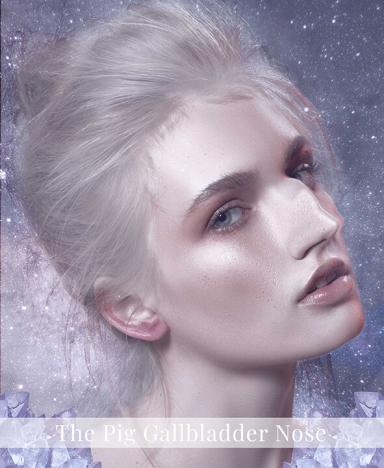 This nose is very rounded and has a bulbous appearance.

As a result, people with this type of nose do have a tip that is fleshy, and this gives the nose an appearance that resembles a pig’s bladder. The wings of this kind of nose are so small and almost invisible. The mountain root, as well as the nose bridge, are so broad and is fleshy without any protruding bones.

This category of people is believed to be very industrious. They are portrayed as having the intrinsic motivation to pursue their goals in life with a true spirit and an attitude of achieving their goals and their duties.

They have a great and superior approach to the means of making money and managing their wealth in a most significant manner. They have very smart minds when it comes to managing money and accumulating wealth.

Most of their time is dedicated to getting ways of pooling their resources together so as to facilitate efficient and effective ways of making wealth as part of their pleasurable economic activities. They are believed to put everything aside to achieve their goals and in the most economical way. Such kind of personalities dedicate most of their time to work.

These people have a big heart that can easily accommodate and even take care of various interests apart from their own. They have the nature of taking other people’s matters into heart and acting upon them in the most significant way, with the objective of making others better than themselves.

This kind heart is believed to be their biggest booster in achieving their goals in life. They are honesty when it comes to money. It is believed that they do not have much greed for money, and for that matter, they exhibit a great sense of honesty in either managing their own money or that of other people.

These people are greatly endowed with some of the most effective ways and means of working with others. They work best when given the powers to work and manage people in a free environment.

They are believed to have some of the most efficient values that make people naturally appreciate them as their leaders in any event. In the aspect of planning and evaluating, they can do a very intelligent job for their colleagues, employees, and even employers.

They have some of the most tactical approaches when handling the matters of relationships. They are usually some of the most successful personalities in these matters. This is true with family members and close friends. They rarely lose friends, but rather maintain and add more that they have.