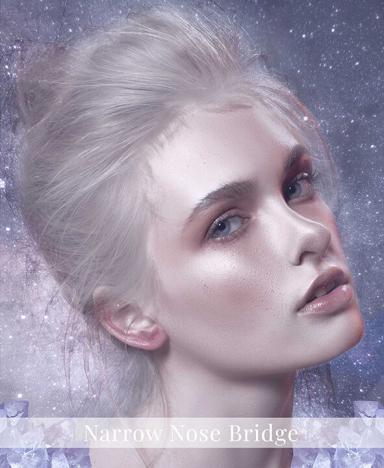 It can be simply described by making direct contrast to the wide nose.

It is identified by a nose bridge that is tight, thin, and hat-tapered in some way. Generally, these people are believed to be naturally introverts. They are proactive and hardly exhibit any of their needs or wants.

Most people consider them to be very resistant to change. They are generally regarded as the cadre that always wants to maintain their status quo, and they are so resistant to anything that comes their way. Whether good or bad, they tend to believe that the way they do their things or conduct their business is the most perfect way, and a change to any of those things will never do them good.  As a result, it makes them so non-reluctant to new things.

Self is one of their major traits. In all their undertakings, they always put their personal interests first before those of any person. Their selfishness makes them not care about other people’s interests, as long as they finally achieve what best suits them and their own desires.

They get hard on themselves, especially in matters relating their past mistakes. They can keep questioning themselves about their history or anything they did in the past that was not good for them. They can hardly forgive themselves on such matters.

Past failures also haunt them and they find it so hard to let them go. This is a major weakness that makes them live upon retrogressive historical behaviors, which not only does them no good, but also brings lot of regrets and wishful thinking. They are believed to be very slow in improving. It is presumed that such a trait occurs now and then because of the nature and tendency of these people to be very concerned about the past; therefore, they lack the gear and spirit to propel them forward and help them achieve their dreams and goals with great ease.

People with this nose rarely achieve any of their dreams, and in most instances, they are involved in doing things that not only do them little or absolutely no good, but only keep them at the same point in life. They never become successful leaders, business people, or even motivators. They only work best under instructions.

In their love life, they hardly love with confidence due to a lack of courage. They treat most people with mistrust and contempt, and as a result, they do not succeed much in long-term intimate relationships.