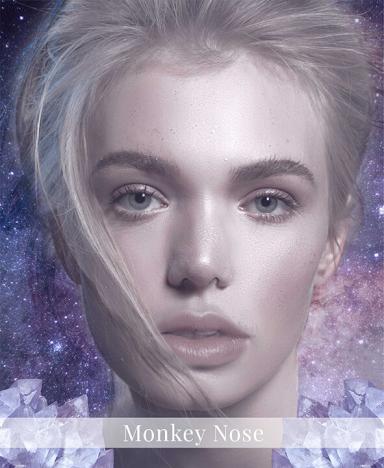 A nose is categorized this way if it has a mountain root that is low and broad with a fleshy nose tip and pinkish or reddish tinge, as well as well-hidden nostrils.

These people have the capability to gather wealth. They are generally hard working most of the time, and they are on the move and coming up with ways of acquiring wealth. Most of their efforts are timeless, because they do not have anything in mind that can stop them from achieving their goals in life, except the desire to have more.

They are described as having a clear definition about what to do, when to do it, and how to do it. They have a high capacity of discipline and a work plan on how to carry out their activities. There is nothing that can take them by surprise because anything they undertake is always on schedule.

Time management is a principal controller of their activities. They manage their time in the most significant way, and any time lost is wealth lost. They sacrifice so much to create more time by sacrificing leisure activities so they can accomplish most, if not all of their dreams and goals in life.

To some extent, they are very witty and quick in doing things. They have intelligent ways of approaching life, especially on matters that they expect to satisfy their personal needs and desires. It is believed that they cannot be easily wooed into gullible and shrewd acts.

They are likely to challenge every little thing that comes their way, and they have the idea that nothing comes easy. In the event they foresee a disaster or unpredictable situation, they are so swift to cushion themselves against it.

Monkey-nosed people are also believed to be very lucky in anything they do. Suppose one of them takes up an investment or decides to do anything that is fundamentally meant to benefit them as well as the society. They always end up succeeding, and at times, this may be attributed to good luck. Fortune follows them in every step of their lives. As much as they may not be so respectable and famous, they are very flexible and easily fit into anything that may require their participation. They always hit the right buttons during their lifetime and that is what rates them among the highest achievers who manage to meet their goals in life within time.

They have strong sexual desires, which are reflected in the flirting and unfaithfulness in their lives. They are unfaithful, and because of this, they have poor relationships with their spouses and family members. They also do not command so much respect from their friends and close associates.