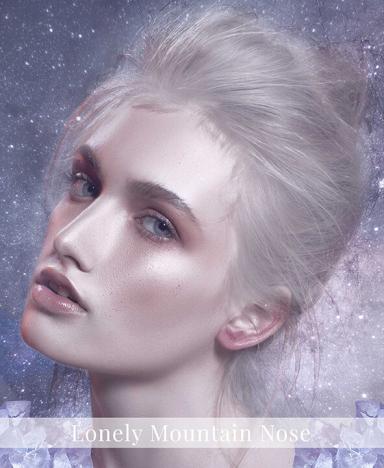 This nose type has got a nose bridge that is so high, with a thin, bony outlook, and it does not appear broad or fleshy.

The nose also has very broad and large nostrils. It is believed that people with this type of nose are naturally loners. No matter how hard they may try to kill the solitude, it can never be detached from their lives. Some believe that it’s their natural way of keeping themselves safe and secure from the bustle that makes their life difficult.

In most of their endeavors, they do not receive any support from either their close friends or family members. Not that they do not like such support, but it is a result of their nature that makes them distant and detached from close association, which is so common in the other characters.

They are usually blessed with the ability to suffer for a long period of time without giving up. As much as they may suffer from the habit of keeping anything unto themselves, they are endowed with a great personality that can withstand the most challenging times in their life.

However, they are so much into thinking more about themselves than those around them. They are mostly perceived to be self–centered, and if they have to do anything in their life, they tend to put their self-interest first before any other person.

They cannot be assumed to be the type of people who can be trusted with the responsibility of taking the lead in issues that are meant to work for the good of others. Other people’s business does not have a priority in their lives.

They are known to navigate through life in the most challenging manner in which they hardly find ease. They are always on the spot and keep meeting challenges that are considered to be part of their lives. They consider themselves to be more important than others and tend to believe that other people cannot do well or anything important without them.

In common presumptions and beliefs, they usually suffer from a delusion of grandeur. They tend to regard themselves as important, but much more to those around them. Such character is believed to gather wealth so quickly, but the major issue here is how to maintain it.

They are believed to work best in environments that do not require them to be in contact with most people. They undertake careers like piloting. In their love life, they prefer their intimate relationships being a well-kept deep secret. It is so rare to find them losing friends because they are highly successful in maintaining and keeping their long-term friends.