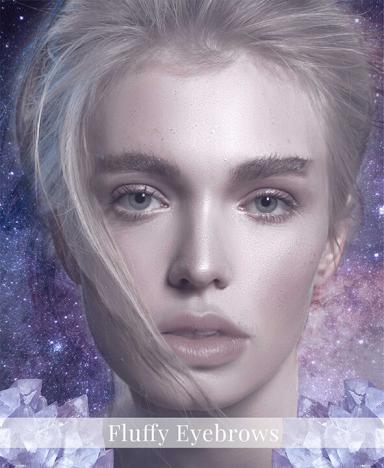 Eyebrows that are fluffy are lucky people.

The hairs make them appear feathery and fluffy. The hairs that make up the eyebrows often rise up giving the look of having been rubbed up.

People with such eyebrows get offended quite easily, and a lot of care should be taken when handling these people. Daydreaming may be quite common among them, and they let their minds think randomly, thereby creating new ideas.

Their stress cannot be easily cured because they are always thinking about everything that affects their lives. Individuals with fluffy eyebrows are rather lonely souls since it is hard to find people who fully understand and appreciate them.

They also have the desire to win all the time, not minding the processes that they will go through.

Fluffy eyebrows can often be associated with people that think about themselves, not in a negative way but thinks about others.

The fuzzy haired eyebrow is quite direct in their approach to people. They are focused on keeping up appearances. Fuzzy eyebrow bearers generally get on well with everybody. In terms of their career they can find themselves in positions of authority. This can can include professions such as teaching, law, scientific or engineering.

If the eyebrows are slightly curved at the edges this indicate possible tendencies to nurture others. If the eyebrow is thin and long this to associated with good fortune.

An eyebrow that is slightly arched can indicate new possibilities in later life. The bearer of fuzzy eyebrows can sometimes offend people easily. They are commonly found on people who enjoy other people's company. A very social soul. The bearer of such eyebrows can normally progressed quite well in any profession.

They are likely to be educated and undertake qualifications in their career.