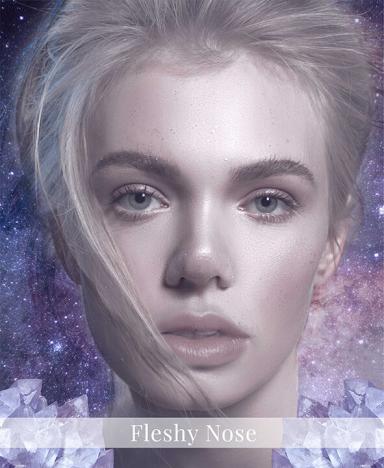 The fleshy nose has a striking appearance.
Generally, this nose is seen in African nationalities, the nose is normally wide in appearance. Bearers are said to have a big heart. They are sympathetic to people’s cries. Say for instance, in a case where one is befallen by predicaments, the fleshy nosed bearer is often thought to help others.
They are heavily affected by other people. Compassion is part and parcel of their personal attributes. They tend to be compassionate about their love affairs and to people that are close to them. They are moved by emotions easily, they are likely to pursue their dreams and ambitions with great determination beyond an ordinary person’s expectation and capacity. The urge, desire and strength to achieve their goals inspire them to work hard.
They are believed to work in a comfortable environment and at the same time tend to worry about their health status. In most cases they treat their health as a second priority to success. They treat any problems with great determination. Accumulating wealth is part of their life style and they often try to build a working environment that promotes happiness.
They do not put a lot of consideration into matters pertaining to love, once they are in love. Their desire to love is mostly attached to their wealth more than the desire to be loved.
Self confidence is not part of their personal attributes.
They lack the capacity to build self confidence and as a result do not have the will power to face daring situations.
Money making is one of their greatest motivators and they find pleasure in such undertakings. They love going out with lots of cash in their pockets since they believe that money is part of their life and is the only remedy which can be used to help other people.