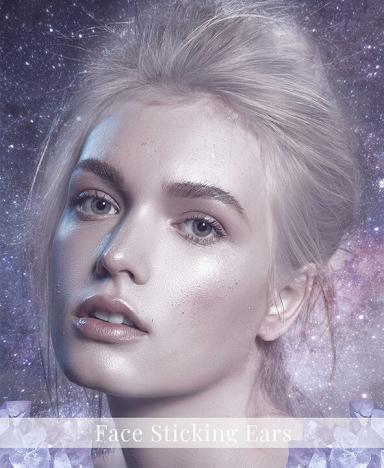 There are ears on some people who press close to the head and is commonly described as Face Sticking ears.

If you are looking at a person head on you will find that their ears are basically non-existent. If you look at them from the side you can see them just fine, it’s a matter of the skin pushing very close to the head, thus removing some of the external shape of the head and keeping the head a more rounded, or even oval shape.

When a person has Face Sticking Ears, as it is called, these are people who are primarily intelligent as well as nice and often times highly moral as well as gentle or even genteel.

These are the ladies and the gentleman in the world. They go out of their way to be nice, to open doors, to speak kind words and to walk gently and sweetly on the earth because they have a real sense of what the world needs to be like.

They see the cruelty and the wars that surround all of us and decide actively that they are going to be polite and to do their best to be as nice as they can. Sometimes these well-mannered Face Sticking Earred people can be seen as vapid primarily because they don’t appear to have strong outward characteristics, however their sense of right and wrong and their willingness to help man kind in their own silent and lovely way is something which cannot be denied, regardless of whether or not they keep it close to the surface.

Which they often don’t. For them being kind is not about anyone but themselves, they love others, but they hold themselves to a high esteem, a strong moral code which cannot be broken. These individuals tend to come from families which have taught them to be this way, and often these families have large inheritances and they don’t really have a lot of internal struggle to deal with. It is amazing what can be done when a person doesn’t have to worry about money!  In this, they are the saviors of the world; the folks who will really help get you out of a pickle if necessary.

The friends which they have in their life they approach with complete honor and respect and tend to be deeply loved by others. They will often make sure to keep themselves available in case they are needed and in their spare time will focus very much on helping one charity or another.

For this reason there are many in their lives that would do most anything for them because they have been helped at one point or another. These are the folks who bring forth new ideas to the minds of society, who will work to achieve change and who will strive to make the world a better place even though it seems like they are up against impossible odds. And in between all of that, they will also help sell Girl Scout cookies and walk grandma across a busy street.