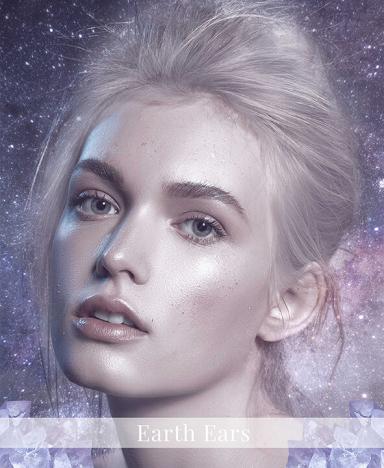 Individuals who have what is called ‘Earth Ears’ are known for their grounded and stable nature.

These particular ears are seen as somewhat fluffy as well as some might say decadent, or abundant in appearance. They are large, round and somewhat low on the face. Not so low that they touch the shoulders but low enough to be distinctive and obvious. The ears themselves tend to be thicker in the middle than other ears. Those who have Earth Ears tend to be quite busy in their lives, making ends meet, making sure that relationships are solid and that work is fruitful and abundant. It is not often that you will find an Earth Eared person doing nothing but sitting around watching TV.

For them, life is about production, about moving on, about acquiring new things, about creating a status for oneself. If these individuals had an imbalanced ear set, you might say that they too, are a ‘manic’ kind of people, but with the Earth Ears being so prominently abundant and structured evenly on the face, this represents the highest form of an earth bound kind of person. They are not manic, they are purely happy to be productive. They are not avoiding anything, they are not hiding anything, they tend to be very honest and matter of fact, and for them time is money so they like to get as much done as they possibly can.

Earth Ears represent personalities which are content to work, and work to be content. If they are bored, they are unhappy, if they are not pursuing financial success, they are unhappy. For them every part of their life must be secure and have purpose. Sometimes they can be somewhat argumentative and stubborn because they really do believe that their way is the best way and if you don’t agree then they tell you to kindly hit the road and not get in their way.

To be fair, they tend to be right, but they don’t really have a lot of finesse when they are acting out in stubborn or self-righteous ways. They have very little patience for those who do not plan out their lives, and have even less tolerance for those who are random in their life and don’t ever have a plan. They feel that with the right amount of hard work and focus, anyone can gain success and if a person is not looking for work, or pursuing work, then they are considered lazy in the eyes of the Earth Eared person. And nothing makes them more frustrated than a person they think is lazy.

Because of the fact that they tend to know how to handle money, they will have investments all over which are constantly working and making money for them; this is a good thing for the person with Earth Ears because it helps them sleep at night knowing that while they are sleeping, things are still happening. In relationships, as long as it is solid and boundaries are communicated and clear, romance can be rather nice, but if there are problems in the relationship and it distracts from work, this will often cause a lot of anger and stubbornness within the Earth Eared person.