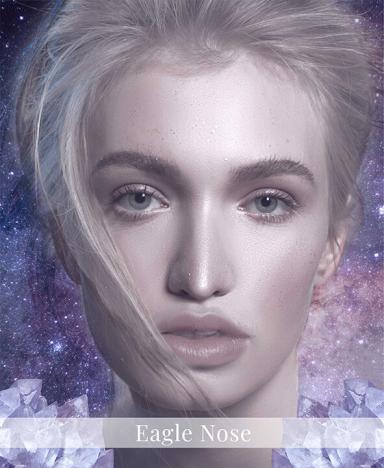 Such a nose has a pointed tip and a knot appearing on its bridge.

This gives it the appearance of the beak of an eagle when looked at from the sides. A person with such a nose is usually very stubborn. When faced with any situation or circumstances in their life, they do not have a kind approach that may ease the situation.

They are generally very stubborn. They do not keep anything untouched, and they rather strive to have more knowledge about what it entails and how they can cause havoc. For them, it does not matter whether or not they can gain from any activity they pursue.

They are motivated by the desire to cause mishaps and inconvenience. In the back of their mind, they know that whatever they are doing is very wrong, but that does not bother them a great deal as long as they accomplish their purpose.

They are extremely talented and have the ability to plot and implement some of the best strategies that can help someone survive risky situations. For instance, some of the most popular and historical persons that have done this are believed to posses the same traits.

For instance, Osama Bin Laden, who had such a nose, is believed to have been one of the best schemers of all time. They do not have time to waste. What they have in mind is that before anybody realizes their plans, they should do their best to take advantage of those that will take time to realize their intentions.

Once they have made up their mind to accomplish a given task, hardly do they stop before getting their intended results. They are always ready to do anything, no matter the cost, so they can arrive at their intended destination. The most undoing part of their life is that they are very courageous and do not take anything for granted.

They treat everything with a lot of skepticism. Trusting even their close allies is such a big challenge, and they do not consider hurting the feelings of others.

One of their major challenges is using unjust and methods of accomplishing things. They do not regard social justice and equality. They tend to use crooked means of achieving their own interests. Their intrinsic motivation is the urge to cause havoc and disaster.

They do not have a working environment that can be defined in any way, but the ultimate plan is to work within the environment so they can perpetuate mischief and disaster. In their love life, they have more enemies than friends, and this is as a result of their skills, which are poor and always aimed at taking advantage of those who are innocent to them.