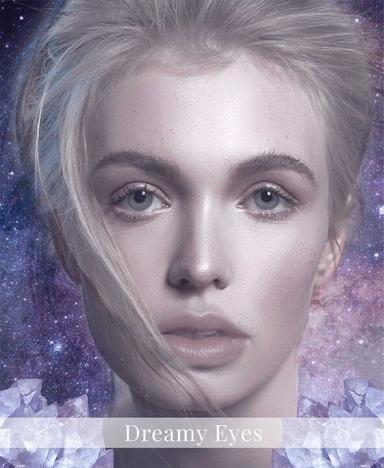 People with droopy or sagging eyelids should not be judged by age.

Some people have eyes like this naturally and they can be confused with those that have triangle eyes and deep set eyes. Sagging eyelids will often make the person appear that they have no true eyelids and rather the fold from the upper eye hangs over and makes what is called a ‘false eyelid’., These kinds of people can be very secretive people and hold themselves aside from other people. They are reclusive to the point of being scared of people and dislike being in contact with too many people for long periods of time.

These people can go weeks without talking to another individual and are perfectly fine with staying home. They take the term homebody to a whole different level.

Droopy eyelid people are difficult to get to know because in truth they don’t have much interest in people. They are often very determined or serious people and they value concepts over social interactions. They can have intense focus and because of this they have a tendency to be focused on work and can easily turn into work-a-holics if they don’t keep their focus in check. If you know someone like this you may find that you get concerned about how withdrawn they are from people but honestly, they prefer it this way. When they are in the mood to be around people they can be very open and engaging, especially if there is a specialized topic that they are conversing about. Work colleagues may find these people stand-offish but will also often be surprised that once you get them talking that they are knowledgeable about their field and will have insightful things to say.

Droopy eyelid people will usually come off as being smart but generally they are limited in their knowledge base. Most specifically they are keen observers of certain topics but they do not have in depth knowledge about many things. They tend to be specialists rather than jack of all trades. They have good minds for technical education and enjoy trying to figure out how things work. You will often find people like this as writers, independent workers, technicians, or computer specialists.

Relationships are especially difficult for these people as they lack general social skills to be able to make the long term ones work and do not put enough effort into short affairs. They have unrealistic expectations in love and want people to accept them for who they are but they don’t allow others the same luxury. When they are younger they are usually more open minded so if they can find a partner at a young age they usually do better. If they are alone or without a long lasting relationship by 45 then they will find it difficult to acclimate to a relationship later in life as they become very much set in their ways. They must challenge themselves to work beyond their own comfort level if they seek companionship and work hard to include others rather than holding people to unrealistic standards.