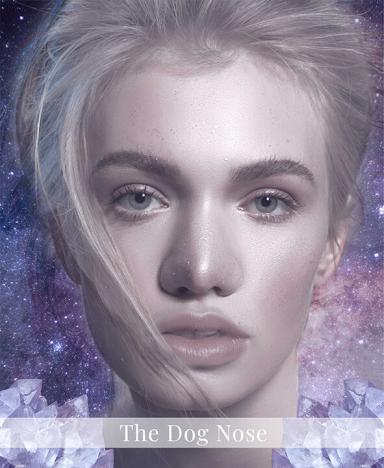 This type of nose has the tip and nostrils protruding upwards, and this can be noticed easily.

People whose noses have such features are believed to be altruistic and selfless, as well as loyal. In most instances, they do not have the attitude of keeping things to themselves, and they even work with the intention to benefit themselves at the expense of other people.

For them, there is a belief that they are purposeful born to meet other people’s interests and serve them in the most meaningful and satisfactory manner. They are very loyal, and most of the time, do not object to anything despite the situations or circumstances in their way.

Moreover, they are normally entrusted the duty of overseeing things that happens, more especially in areas that require close examination. They are consider very trustworthy, and they are unable to deviate from their goals in life.

These people are often hard working and do not let go of things easily, especially when it comes to matters of moneymaking and wealth creation. They are very intelligent when it comes to solving conflicts. They make sure that everyone around them has full access to their basic rights and freedom. They won’t settle down until they realize that their friends are happy and fully satisfied.

However, they have one of the most negative traits, which puts them at a very unreasonable position to handle anything substantive. It is generally believed that they habitually steal anything that comes their way. Hardly can they be left with anything that can get out of their sight or position in a manner that is dubious, since they have no boundaries about whom they can or cannot steal from. They can steal in the most unsuspecting way and not take liability.

They are believed to have a personality that cannot admit to stealing something, even if they are caught red handed, and they will not deny this to the point of death. More often than not, they do not steal to accumulate wealth, but it is a natural urge that initiates their desire to steal for no reason at all. Their desire is so strong, and in most cases, it is compulsive beyond their control.

They do not love working where people are few in number and less social. They love the duty and obligation of managing things that belong to others rather than themselves. More often than not, they demonstrate a great sense of responsibility when handling things that are material and significant. They cannot work without being delegated, especially during the midlife.

They do not fall in love easily because it is believed that they are quite suspicious in anything they undertake. They have more friends despite their nature and weakness of stealing from others around them.