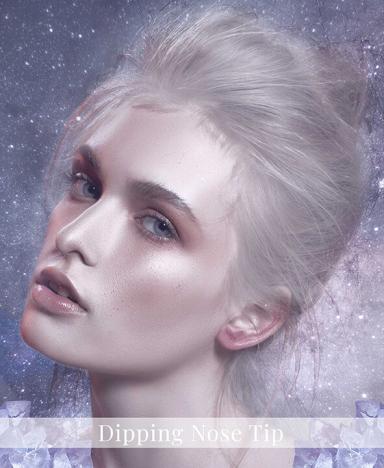 The nose type is characterized by a nose tip that is downward facing.

In some cases, the nostrils are hidden. Hidden wealth is believed to portend people with this nose type. Such personalities are thought to possess a very unique attribute that would make them successful persons in any of their endeavors, and especially in pursuit of wealth.

These kinds of people are believed to be adaptive. A common belief that is exhibited is that they are no longer very rigid in achieving their goals and life purposes. They adapt to suit any type of person, and this is usually done to achieve their goals.

A good sense of humor is a part and parcel of their lives, and it is believed these people always present themselves as jesters and exhibit a lot of clown behavior, which makes them to be perceived as jokers. They are believed to have the capacity to entertain and amuse people.

They demonstrate a great sense of accomplishments and success no matter where they are, who they are with, and at what time or period.

They are endowed with great humor and can entertain people for a long time. They work mostly in the trade of socializing with people. They can never work for long hours in an office because they need to feel free.

When it comes to matters that involve love, it is believed that the dipped-nosed person falls in love easily.

Anything that happens in their relationships tends to sour, and it makes them deeply worried. As a result, they are considered to be people who value relationships, as well as their ability to love and even demonstrate a lot of emotional attachments.