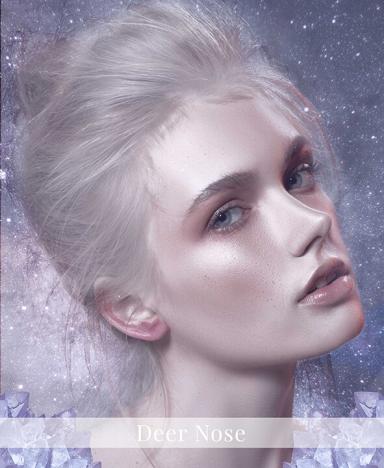 This nose is characterized by a nose bridge that is small with nose wings and tips that are extremely rounded.

The nose wings and tip together appear like three balls when viewed from the front. This personality lives to fully prosper; they do possess attributes that makes them very lucky and successful in whatever they undertake.

They have a strong spirit of coordination, a great sense of hard work, and the ability to forecast and do wise investments. Most of their life is dedicated to doing and participating in money-making exercises, as well as amassing and accumulating wealth.

They tend to have more friends than usual. Having many friends makes them feel honored and motivates them to work hard towards their goals. They are kindhearted and very amicable by nature. To them, friends are believed to constitute a great proportion of their success.

In some incidents, they hardly experience pressure and rarely get stressed. For instance, they don’t stress on issues that touch their lives because of their carefree attitude. If anything touchy happens in their life, they take a little concentration to overcome it.

They are perfect when they work in places that involve structural adjustments, good coordination, and coherence. They love working where they can let people do things in their own way as long as they do not deviate from their ultimate goal and purposeful objectives. They easily and efficiently work as managers and supervisors when dealing with human and financial resources in their custody.

People with such noses are believed to be very cool and hard working and promoters of a peaceful co-existence among themselves. They are very respectable, and in most cases, entrusted with the duty for one to lean on. They have a large heart that is easily able to accommodate other people.

As a result, they do not have strenuous relationships with those close to them in life. They are rarely judgmental and hardly give a negative impression about their friends.