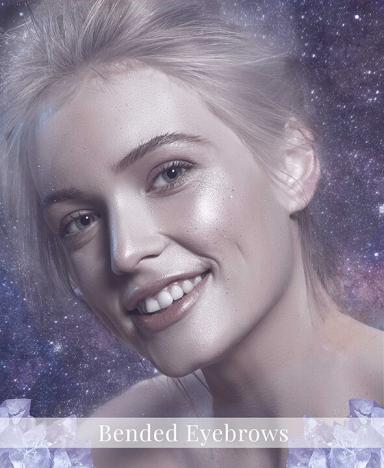 By saying bended eyebrows, we simply mean that the eyebrows have got a visible bend on them.

This feature is common for males rather than females. Individuals with bended eyebrows have a very strong willpower, are brave, and possess all the courage they need to face all circumstances in life.

They have an excellent focus and high trust in themselves. This, at times, makes them egocentric and overconfident. Many people will note these characteristics due to their disagreement of opinions they receive from other people. If the eyebrows are spotted on a female, then she will possess the stamina of a man. She will also be very stubborn, strong, and highly officiated.

Bended eyebrows are normally seen on those people that have a strong character. There may be issues around courage and aggression at work. Even though they are strong-minded at home when it comes to work they find it difficult to defend themselves.

The person that has bended eyebrows is said to be those people that deliberately sought through the good and the bad in life. There is a danger that they can only see black-and-white. This person is disturbed by the nature of other people if they are not trustworthy.

Bended eyebrows have also been associated with people that like life’s pleasures. They are generally quite polite to everybody. Often, this is the person who was laughed at by others that still thinks it’s funny themselves if they are the joke of the party. In better terms, taking life as a pinch of salt. The passiveness of the bended eyebrow person can also result in inaction and possible problems in a relationship.