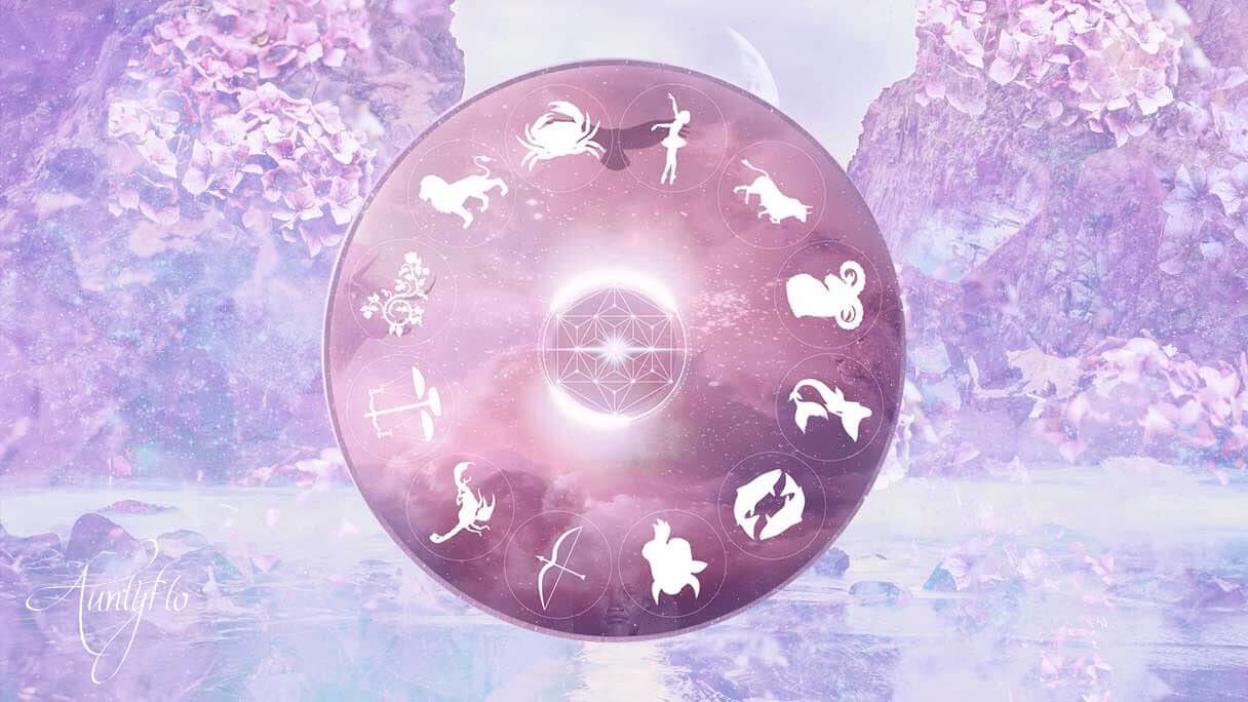 The Cardinal signs Aires, Cancer, Libra, and Capricorn are associated with the cardinal points of the compass.

These are North, West, East, and South. Or, in some astrological books, these four cardinal signs are connected to the cycle of the year: Spring, summer, fall, and winter. Or the cycle of a day: sunrise, midnight, sunset and noon. A cardinal person (born under these four signs) will adopt the Cardinal traits of life most importantly, there is a hidden desire to maintain control.

If you have dabbled in reading your zodiac horoscope - but want to know more to the practice then there is so much more to astrology than just the normal horoscope. Many people have contacted me to ask if they are a Cardinal, Fixed or Mutable star sign. The three modalities in astrology (known as well as quadruplicates) represent our internal energy and how we react to things in life. They help us evolve and focus on life.

The Babylonian astrologers used the Aldebaran as a point in their astrology, in ancient times there was a Cardinal zodiac constellation in the sky that included these four zodiac signs. As time has gone by, the Sun's rays have blinded the Cardinal constellations and we can no longer see them, but they do remain hidden.

What Do The Four Cardinal Signs Mean?

Cardinal signs mean literally that they follow the cardinal points of the heavens (and the compass as I have previously explained) and are considered “special” signs in astrology.

The Cardinal signs come under what is called three modalities in Astrology. The three modalities are 1) Cardinal, 2) Fixed, and 3) Mutable. But what do these three mean? The 12 famous zodiac signs can be split into three groups known as Cardinal, Fixed, or Mutable. Alternatively, they can also be divided into fire, earth, air, or water.

The three modalities are HOW these zodiac signs interact with the world, the elements are connected to the general “emotion” of the zodiac sign. If we look at the physical interpretation of a cardinal sign we can describe it as a force meaning there are certain energies that quickly resonate from the center of the circle they shoot towards others in a magnetic manner and the cardinal signs have a tendency to create drama or shakeup situations. Cardinal signs are represented as those signs that fall first into the astrological year (which runs from March 21).

Why are the Four Cardinal signs grouped as one?

Obviously we all know there are 12 signs of the zodiac but these are known as quadruplicates and focused on how the signs are connected. Every Cardinal sign is in a three and this is connected to the seasons.

What does the Word Cardinal actual mean?

The word “Cardinal” originates from the term important which is the Latin equivalent “cardinalis” these are also known as reacting signs. The word “important” can suggest that these signs are specifically focused on a temperate season.

What are the four elements in Astrology?

Aries which is fire, Cancer which is water, Libra which is air and finally Capricorn which is earth have a special job to cause more drama than normal. The Fixed Cardinal signs of the second element are: Taurus, Leo, Scorpio, and finally Aquarius. The Mutable signs are the last signs of the zodiac such as Virgo, Sagittarius, Gemini, and Pisces.

But what do the Fixed signs do? The Fixed signs also have an internal force and they can send positive and also negative energy back to others. The Fixed signs tend to be quite stabilizing but there very controlling and want things on their own terms. The Mutable signs are associated with encouraging us to change and fully focus on future goals and endeavors.

The other avenue of thought when it comes to Cardinal signs is to describe them as seasons. For argument sake, seasons could connect to springtime and the start of something fresh. They really signal a change or challenge to others. The Fixed signs maintaining season and the Mutable signs are associated with the transition from one focus to the next.

Many people are a mixture of 12 different signs depending upon one's birth chart. The 12 signs themselves are associated with how we go about our actions and approaches in life. It could be that you're sharing traits of a certain sign at a certain time in life, and this is where we turn to our own birth chart. Also, if we look at psychologist Carl Jung he shows us that we all have a collective unconsciousness. This means that we have memories that we have forgotten or represented in past lives. The collective consciousness that could have originated from before we were born in the 12 signs of the zodiac is a symbolism that we have our own collective unconsciousness at birth. The signs themselves pave the way for creative messages to come through.

They thrive on information and knowledge. Generally, those that fall under a Cardinal sign can feel secure and don’t often over-react. To fall under the four Cardinal signs can suggest being feisty, charge ahead and vigorous in life. Accepting risks and skills is important and so is the reputation and projects with others.

In one's birth charts this describes how we represent and interact with these various elements. The elements themselves represent the different ways we approach life on this earth plane. The number of planets in the birth chart can shape our own behavior towards others.

Fire Signs Zodiac consists of Aries, Leo, and Sagittarius: These signs are connected to our inner actions, how we go about things, the arguments and conflicts but also our creative side in life. This is the first element and in ancient astrology, fire is the force of creation. This stands for being impatient and trouble accepting others in life. There is also a focus on being impatient and restless, worrying about NOT accepting others.

The next element I'm going to discuss is air signs. As I've already mentioned the air signs consist of Gemini, Libra, and Aquarius air signs that are connected to the movement of activities in life. I describe those people that fall under air signs as charmers, they make sure that there are positive aspects from any difficulties in life. The air signs are also as the zodiacs information gatherers. They like to understand the balanced views of others and are quite unemotional in regards to how they interact with others.

Earth signs in the zodiac are associated with a productive and sensible outlook in life.  The earth signs -  very much focus on the grounding of how we connect with others - and people see joy - such as nature. Earth signs have a massive talent for looking at the different resources are available to them. I would also say that they are rather perceptive and also realistic. The asset of those people born under the sign can be associated with loyalty, patients and all sustainability. The earth element is all about structure, foundation, and imposing form. I would also note that Earth signed other builders in life they like to build structures around themselves this can be symbolic also physical. They prefer to make long plans, a highly ambitious, and enjoy success.

Water Signs Zodiac: Scorpio, Pisces, and Cancer: Emotions, alchemy, connection to others. These signs represent our inner emotions in life. Water signs Scorpio, Cancer, and Pisces are very emotional star signs. They are connected to passion and also what under the surface of impressions. These three water star signs are normally emotionally reserved and then not able to communicate to others. These signs are a torrent of passion. Water is also an element of freedom.

Additionally, they also focus on the Cardinal, Fixed and Mutable signs. Our free will in life can help us all understand the positions of the planets and houses that can affect our lives. When a planet starts to retrograde (for example) or move then there should be a focus on what this means to our lives. Retrograde Is a great example because when this happens it means that personal development will shine through. So, when I am reading zodiac signs or creating my horoscope for everyone to read, I approach this using the key elements. The elements, in conclusion, can, therefore, can be divided further into the following depending on the zodiac sign::

Cardinal Signs and the Tarot Cards

The zodiac can also be connected to movements according to their attributes. The Cardinal cards in a tarot deck are the Emperor, chariot, justice, and the devil. If these four Cardinal tarot cards appear in a spread it can mean that the questioner will experience an enormous driver ambition in life. In tarot cards, it's not unusual to associate each card with an appropriate zodiac correspondence. In ceremonial magic the tarot cards that represent cardinal are slightly different these are the twos, threes, and fours in the minor arcana deck.

But what does this mean? When doing a spread if any of these cards appear then it is important to consider the characteristics of the Cardinal signs at that point in the spread.

The archetypal elements are within each person as the planets, asteroids and other bodies all work together to align us. Each of these elements is connected to the three signs of the zodiac. The zodiac is a story with embedded messages that are coded. Astrology itself has the potential to provide rich experiences and mystical moments to all our lives.

It’s very important to remember that astrology should not be taken lightly is an ancient method. Astrology helps us understand the laws that are governed by the universe. Often, good astrology books approach Zodiac teachings with a focus on the elements, fire, air, earth, and water.